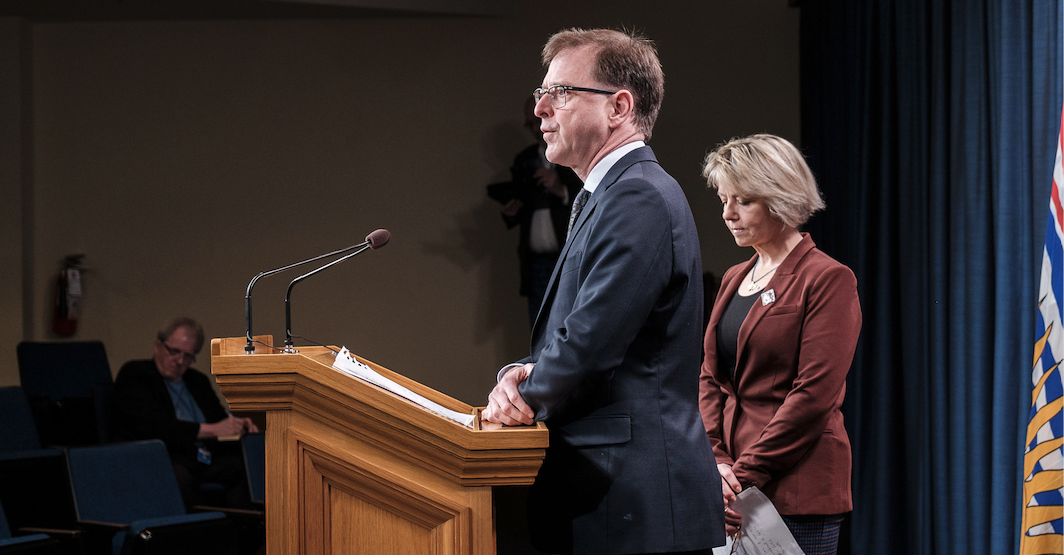 Noting that it was a “new high” for one-day totals, BC health officials said on Thursday that 165 new coronavirus cases have been confirmed in the province.

During a press conference, Provincial Health Officer Dr. Bonnie Henry said that by specific health region, this equates to 2,714 known cases in Vancouver Coastal Health, 3,937 in Fraser Health, 196 on Vancouver Island, 489 in Interior Health, 241 in Northern Health, and 86 from those who reside outside the province.

The latest cases bring the total number of recorded cases in the province to 7,663.

There are currently 1,705 active cases in British Columbia. Out of these active cases, 57 people are in hospital, and 22 of these are in intensive care.

As well, 2,949 people are currently under “active monitoring” for symptoms as a result of their exposure to known cases.

There has also been one additional death, bringing the provincial death toll to 220.

A total of 5,719 cases are now considered fully recovered in the province.