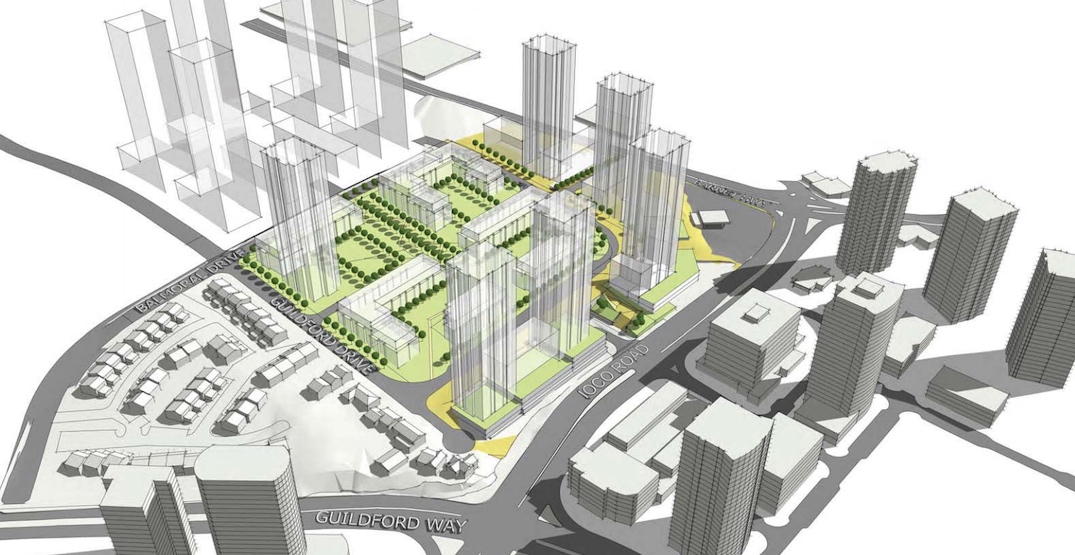 Wesgroup has submitted a pre-application rezoning inquiry to the City of Port Moody to potentially redevelop 59 properties in the area framed by Ioco Road to the west, Guildford Drive to the north, Balmoral Drive to the east, and Barnet Highway to the south. It is also near Port Moody’s City Hall and Recreation Complex.

According to a city staff report, the developer is in the process of forming a land assembly, with 48 properties either under their ownership or under offer, eight properties in negotiation, and three properties with no agreement. It expects it will be able to assemble all but three of the residential properties, but there is a possibility that one or more of the three may become part of the assembly. 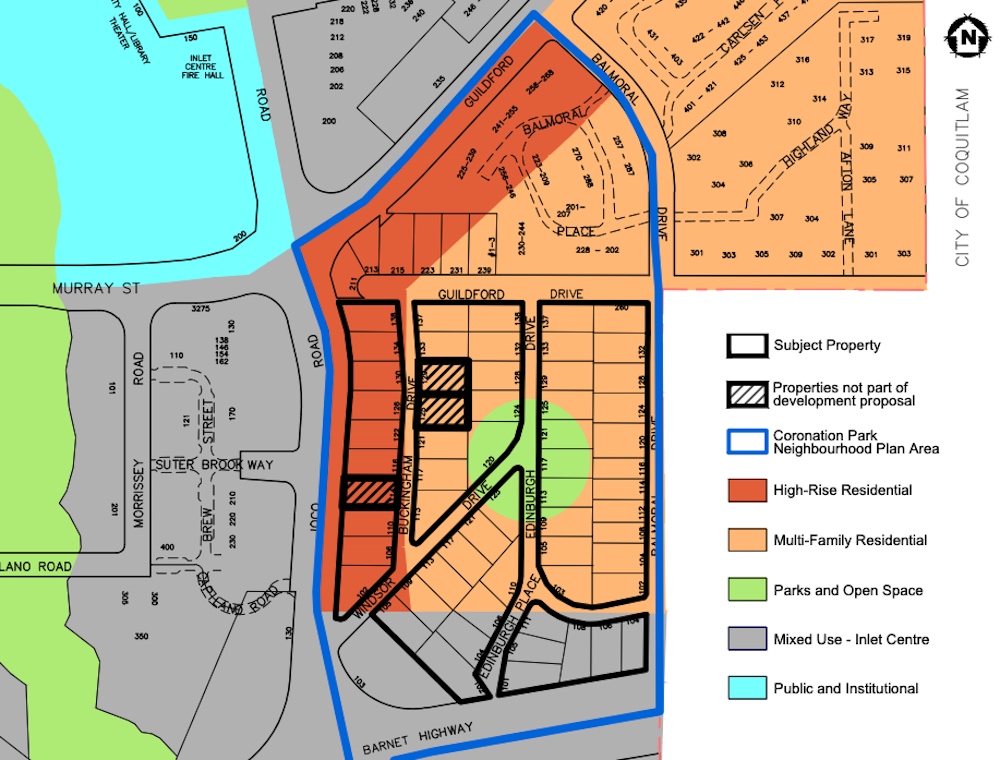 The intention for Coronation Park, the tentative name of the project, is to build six towers between 32 and 36 storeys, each with a six-storey podium and five six-storey buildings.

There would be 2,800 homes, including 450 market rental units and 50 affordable rental units with rents set 10% below Canada Mortgage and Housing Corporation average rates.

A minor neighbourhood-serving commercial component of 12,000 sq ft of retail and restaurant space is proposed. 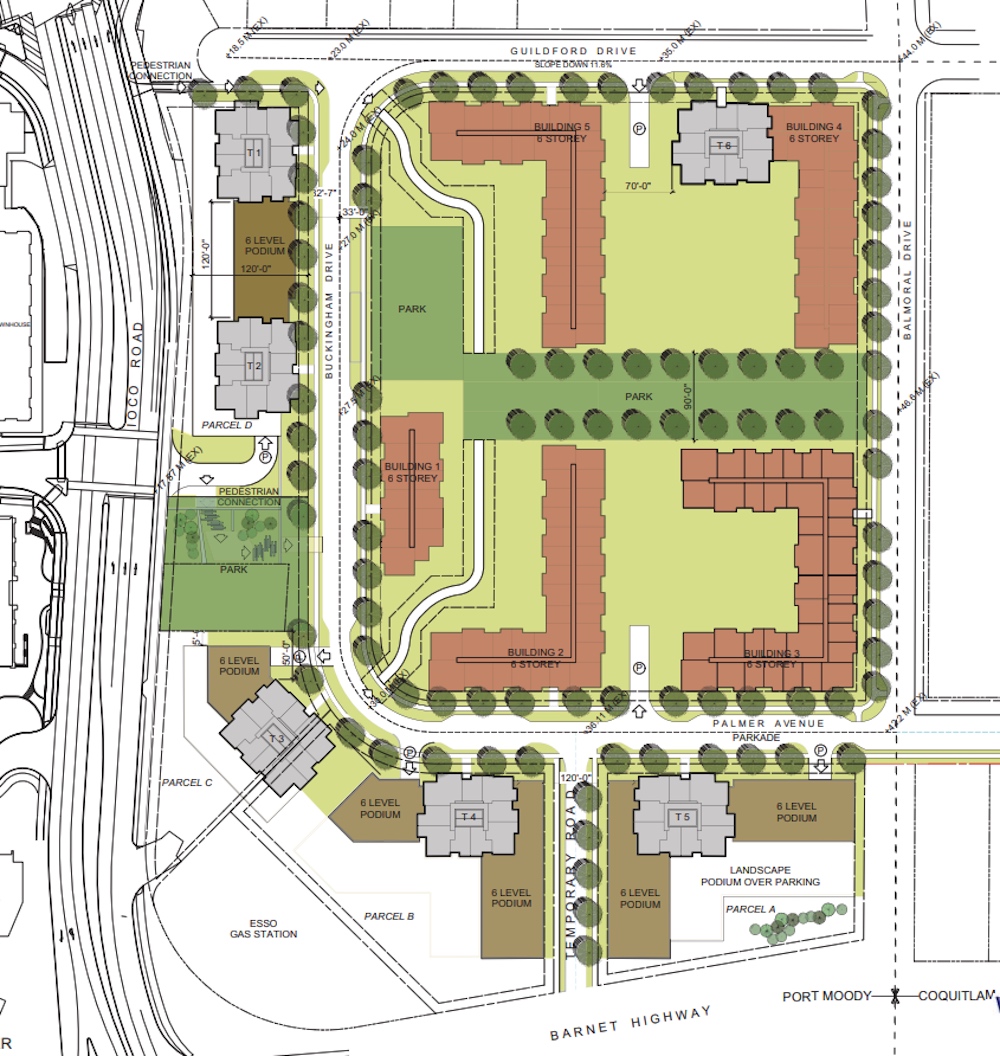 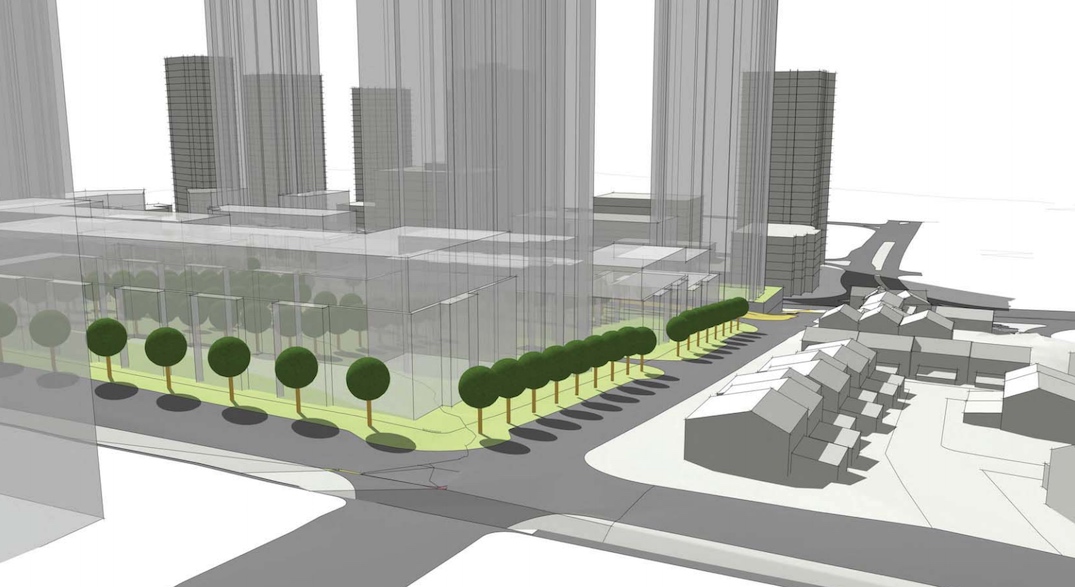 The proposed total floor area is 2.44 million sq ft, giving the project a floor area ratio density of 4.4 times the size of the lot.

The developer is proposing a one-acre linear public park through the centre of the site, along with a daycare.

In its pre-application, Wesgroup has asked whether the municipal government is able to commit to working with them to achieve a rezoning enactment by June 2022. City staff have responded by stating that this target date “appears achievable” based on the city’s prior experience with major redevelopment proposals, but it cannot provide any guarantees. 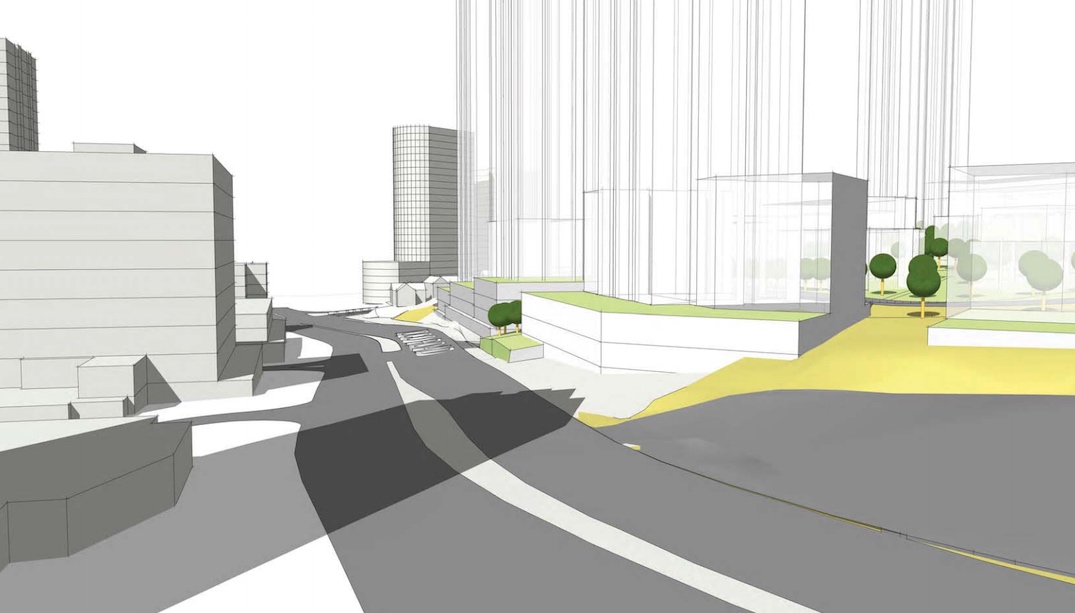 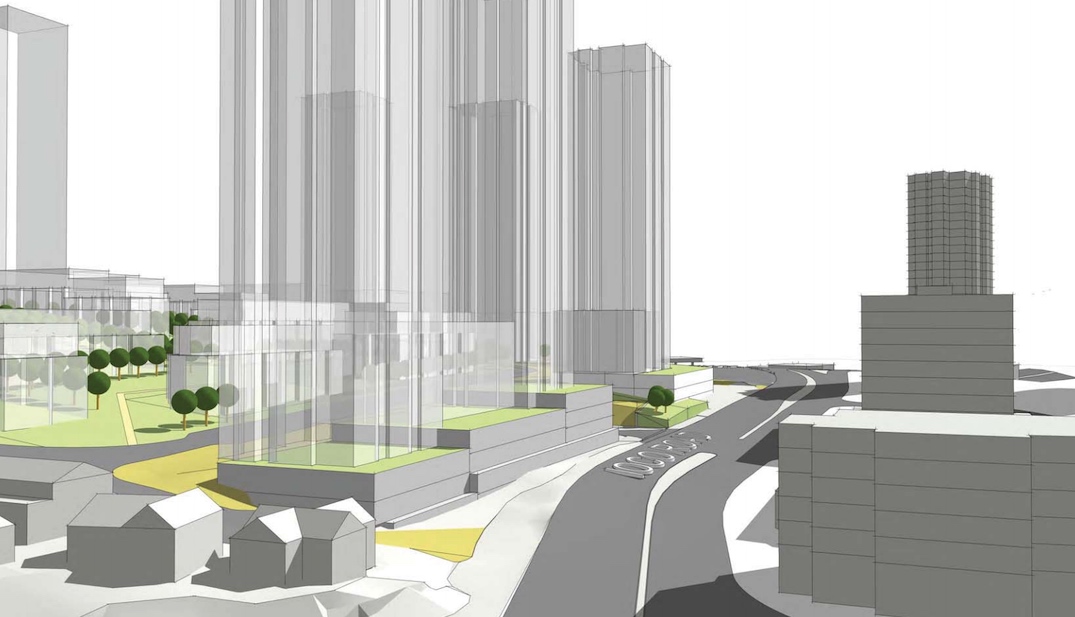 In their initial feedback on the proposal, city staff have suggested to the developer to include additional affordable housing, commercial space, and a larger public park.

The form, density, and height of the proposal exceeds what is envisioned for the neighbourhood in the city’s official community plan (OCP).

“This is a large and complex development proposal, with many issues that would need to be examined in more detail as part of a full application,” reads the city staff report.

“However, staff believe that what Wesgroup has provided as part of their Pre-Application provides a good starting point for moving into a full OCP amendment and rezoning application.”

In 2018, the municipal government approved the Flavelle sawmill redevelopment, which will create a waterfront district with 3.6 million sq ft of floor area, including homes and a mix of office, artist, creative light industrial, retail, and restaurant space. There will be homes for 7,000 people and employment spaces for 1,000 jobs. Dozens of towers will reach up to 38 storeys.

Earlier this year, the city received a rezoning and OCP amendment application to redevelop Woodland Park at 1030-1190 Cecile Drive into over 2,300 homes, within 18 buildings up to 26 storeys.