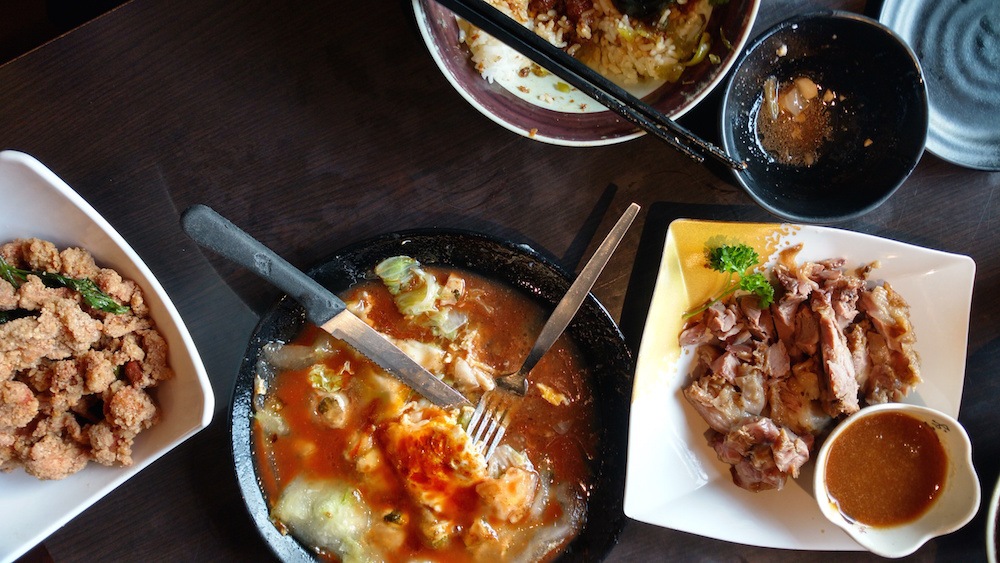 The Taiwanese are quiet but integral contributors to Vancouver’s culinary narrative. Taiwanese cuisine is forthright and adaptive, reflective of a sensibility that has been born out of not having much to cook with. Their gifts can be seen in Vancouver’s food scene anywhere you look, from bubble tea to beef noodle, and most especially the institution of the night market.

But if you seek more there is much to discover, my friend. There is no shortage of Taiwanese eateries in Vancouver with varying capacities to deliver on staples not too different from what you’d find in a night market or cafeteria in Taipei.

There is a place in Vancouver that delivers a decent scope of Taiwanese staples from the north to south of the country: Corner 23.

While it’s called Corner 23 in English,  it’s Chinese name can be literally translated “Wan Luan Pig Foot.” Yum (no sarcasm). They also have another location in Richmond called Uncle Lu, with a similar menu (tricky, tricky).

Wan Luan is a township located in the most southern county of Taiwan and is famous for, guess what?  Braised pig trotters.

But let’s start off a little slower…

Corner 23 has a lot to offer the diner no matter how versed they are in Taiwanese textures, flavours, and ingredients. Taiwanese like tons of options and combos, so don’t let the multi-page menu deter you. I’ve put in the footwork for you. Take a look at the comprehensive drink list if you’re into that, but, personally, I go straight or the salty stuff. (PS Corner 23 is cash only).

So here it is – a suggestion, and by no means a definitive list, of things to try at one of Vancouver’s better Taiwanese restaurants that surveys the edible gifts of that Treasure Island floating in the Pacific. 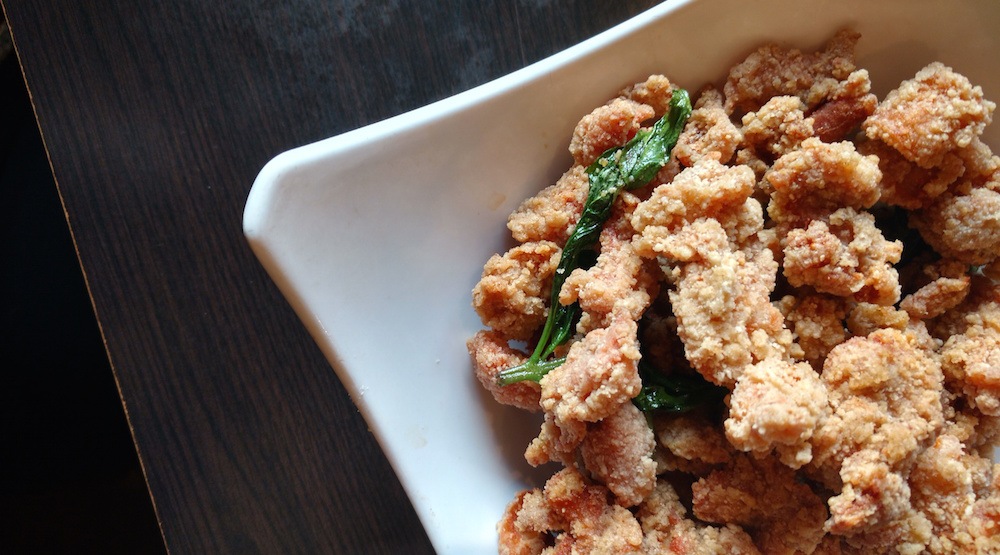 “Deep Fried Chicken Nuggets” is what they’re called on the menu, but the Mandarin pronunciation is Yan Su Ji (literally “salt crisp chicken”). Found in every single freaking night market in Taiwan, they’re a street food obsession, and pair amazingly with ice cold beer on a muggy Taipei night.

They’re more than just popcorn chicken–the meat is marinated beforehand in five spice (a common spice mix consisting of star anise, cinnamon, cloves, fennel, and Sichuan peppercorn that is most commonly used on barbecued meats), tossed in white pepper and salt when pulled out of the hot oil, and garnished with deep fried crispy Thai basil leaves. You don’t need a dipping sauce. Get it alone or as a combo with rice. Boom. You’re Taiwanese. 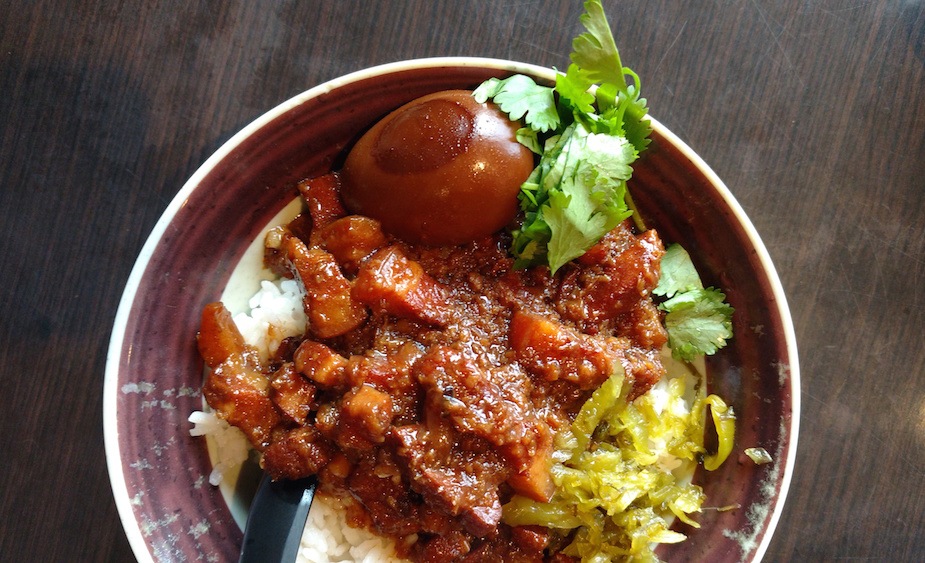 This is the every-person’s dish of Taiwan. It’s homey and straightforward, reflective of making the most out the little bit of meat you could get and then turning it into something words cannot describe. Until now.

Minced pork belly (and depending how thick it’s minced is reflective of whether the cook is from the north or south of Taiwan – thicker is southern, mince is northern) is braised for hours, reduced into a thick gravy (like ragu) with shallots, garlic, cane sugar, rice wine, finely crushed peanuts, and dark and light soy. When the sauce hits the sticky rice it’s a combination that makes your eyes glaze over and everything becomes a little bit quieter. Served with a boiled egg that has been braised in the same liquid, a pinch of cilantro, and “suan cai” (sour pickled bok choy), when you eat Lu Rou Fan you’re tasting time, my friend. No shortcuts to this dish. 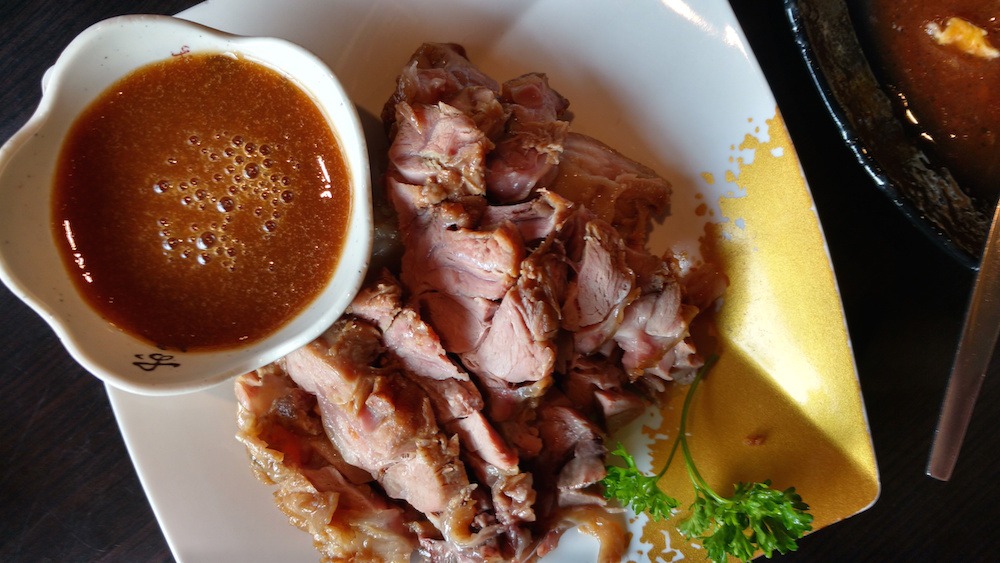 Wan Luan Pork Hock is the reason why you’re going to this restaurant, right? Okay let’s do this. Pork hock is braised for hours in a likely meld of rice wine, cane molasses, dark soy, five spice, and green onion. The result is a tender piece of meat, a combination of sweet fat and juicy flesh that is somehow not greasy at all. It’s paired with a dark soy and garlic sauce that wields a kick similar to that of horse radish that cuts through the richness of the hock. So many textures, so good. Get it in small or large or as a combo with rice.

Known amongst the Taiwanese in their native dialect “O Ah Jian,” literally “oyster fry”) is another night market staple. In Taiwan they’re cooked a dozen at a time on a massive circular flat top with an open flame, which allows the cook to fire multiple orders at a time. Rooted in Fujian cuisine, as Taiwan’s earliest immigrants hailed from the southern Chinese province, this showcases one of Taiwan’s most beloved seafoods.

Part of enjoying this dish is sinking your teeth into the much adored “QQ” texture (Taiwanese slang for chewy, like the tapioca pearls of bubble tea). Oysters are fried with scrambled eggs to make a pancake sized portion. A slurry of water and sweet potato starch is then poured to bind it all together with a light handful of chopped lettuce (or bok choy) to add a fresh crunch in juxtaposition to the egg and subtle brininess of the oyster. It’s served on a plate covered in a thick sweet and sour tomato-based sauce with a knife and fork. Give it a go. 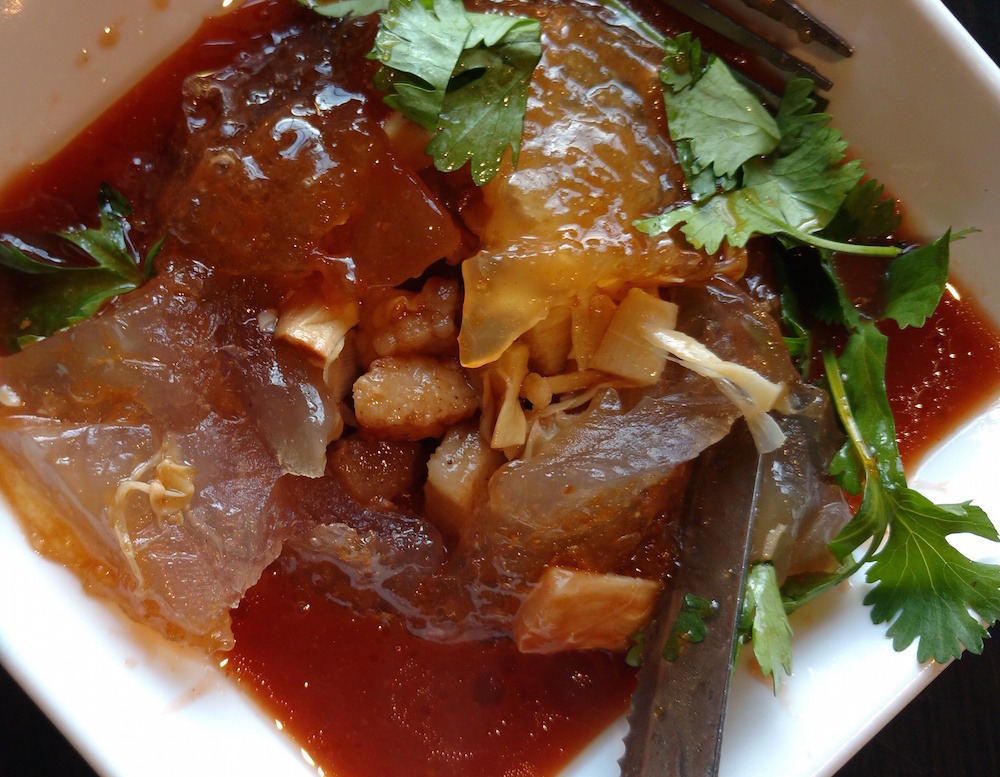 Man, I should get a job re-naming menu items for some restaurants, because this item name doesn’t do it justice. Known in Mandarin as “Rou Yuan” (literally “meat ball”) or in the native Taiwanese dialect “Bah Wan,” it’s SO MUCH MORE than a meat ball.

This is quintessential southern Taiwanese street food. The filling is cubed pork, bamboo shoots, and shiitake that steams and stews with all juices intact and undisturbed to make a fragrant filling deeply rooted in the funk of bamboo shoots that is hard to detect until its cut open. The wrapper adheres to the Taiwanese adoration for things chewy and jelly-like; it’s a thick skin of rice and potato starch (like that of a Cantonese “har gao” shrimp dumpling you’d get at dim sum, but thicker). T

he bah wan is steamed so that the starch solidifies, trapping the meat, bamboo, and shiitake filling inside so no juices escape and then it promptly hits the fryer to add a crispy skin which can be easily sliced through to reveal the wild and crazy filling. It’s smothered in the “hai-shan jiang” (literally “ocean mountain sauce”) tomato sauce found on the oyster pancake and a toss of cilantro to kick some grassy freshness onto your palate.

Matthew Murtagh-Wu is Vancouver’s one and only Dumpling King – a hand-made, locally sourced dumpling delivery service. Matthew was born and raised in Vancouver but has lived, studied and travelled throughout Asia – most specifically Taiwan, Hong Kong, and China. He’s a classically trained chef, history major, amateur boxer, and zealous Wu-Tang fan. Let him know if you want dumplings. // Facebook / Instagram