Coquitlam RCMP are seeking the public’s assistance in identifying the suspects involved in a frightening sexual assault that occurred on April 16.

According to the police report, just after 2:30 a.m. on Thursday, April 16, a young woman was walking home in the area of Foster Avenue and Linton Street when a silver SUV stopped and two men inside the vehicle asked her for directions.

One of the men exited the vehicle and forced the woman inside where she was sexually assaulted. The men then drove the woman to Austin Avenue and Draycott Street where she was dropped off and walked home.

The next morning, the victim reported the assault to Coquitlam RCMP and assisted with a police sketch of one of the victims, assumed to be the driver.

The driver is described as dark-skinned, mid-to-late 20’s, short dark hair and dark eyes, no facial hair and no accent when speaking.

The other male suspect is described as dark-skinned, mid-to-late 20’s, short dark hair and dark eyes, no facial hair, approximately 5’7″ tall and no accent when speaking.

The vehicle was a silver SUV, possibly a first generation Dodge Durango (1998-2003). 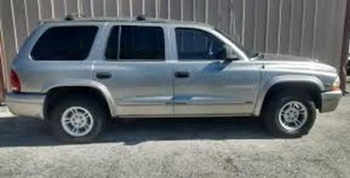 Coquitlam RCMP Sex Crime investigators are seeking the public’s assistance to obtain more information on the SUV and to identify the alleged suspects.

They are asking anyone who lives in or was travelling through the area around Foster Avenue and Linton Street or Austin Avenue and Draycott Street in Coquitlam around the time of the incident and saw or heard anything unusual to contact Coquitlam RCMP’s Sex Crimes Unit immediately at 604-945-1550. Anyone who may know something about the incident is also urged to contact the police.