Coquitlam RCMP are looking to find and identify a driver who was involved in a hit-and-run last month.

In a release issued on Tuesday, police said the incident took place around 11 pm on October 26, at the corner of Austin Avenue and Nelson Street.

According to witnesses, the driver of the pickup truck stopped briefly after hitting the pedestrian but drove away without leaving any identification or contact numbers.

“We are interested in hearing the driver’s version of this collision and we hope they will do the right thing and talk to us,” said Coquitlam RCMP Cpl. Michael McLaughlin.”We also encourage anyone who recognizes the truck to call us and help us get the full picture of what happened.”

Police are looking for a pickup truck that matches the following: 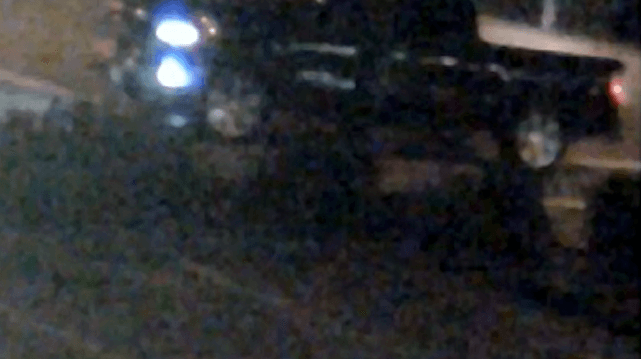 The suspect truck police say was involved in a hit and run. (Coquitlam RCMP)

The pedestrian involved in the collision received serious injuries but is expected to make a full recovery.

Anyone with information on the incident who has not already spoken to police is asked to call the Coquitlam RCMP non-emergency number at 604-945-1550 and ask for the Coordinated Collision Investigation Team (file 2017-34379).