Coquitlam RCMP is seeking the public’s assistance with identifying two suspects believed to be responsible for a series of purse thefts from vehicles.

The first incident was on May 10, and after a thorough investigation police believe the suspects followed the 58-year-old victim around earlier in the day and secretly recorded the victim’s credit card’s number when she made a purchase.

The suspects then followed her home. As the victim got out of her car, a man and a woman distracted her by asking for water for their overheating engine. She went inside her house to get some water to help the “stranded” couple. After she gave them the water, she started to unload her grocery from her car.

As the duo was leaving, they asked for more water again in case their engine overheated down the road. The victim went inside to get some more. Upon returning with the water, she discovered the pair had vanished along with her purse.

Despite the fact that the victim contacted the bank minutes later to cancel her credit and debit cards, the bank told her one of the cards had been used a number of times to withdraw cash.

The pair also acted like they were in a relationship by holding hands. The vehicle they were driving was a black Honda.

The duo struck again in Coquitlam on June 8. They allegedly stole the purse of a 67-year-old victim using a similar modus operandi and money was withdrawn from the victim’s account minutes later.

The police are now asking for the public’s assistance to identify the suspects. 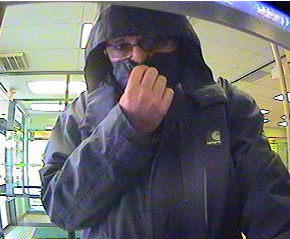 Investigators obtained photos of similar looking males, related to the incidents, from the CCTV at the two automated banking machines in question. It is believed both photos are of the same male suspect.

The female suspect in the first incident is described as:

In the second incident, she is described as: 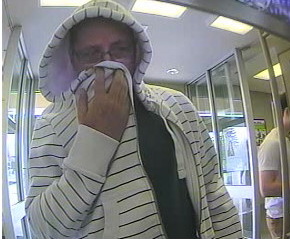