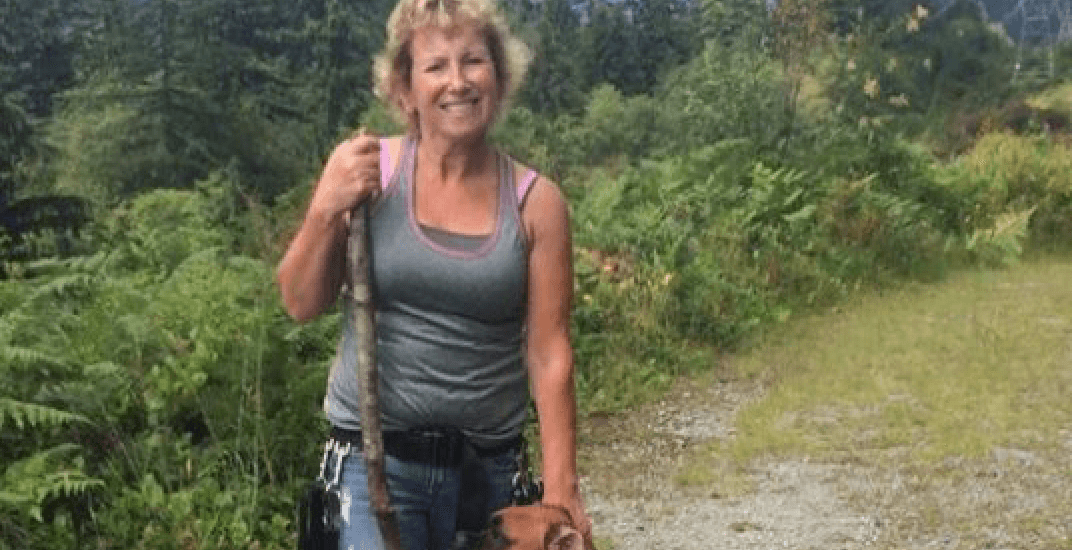 A woman who went missing while walking three dogs in Coquitlam on Monday afternoon has been found alive and “in good condition” according to rescue crews.

Search and Rescue crews announced via social media that she was found.

The woman, 56-year-old Annette Poitras, was last heard from at about 2:30 pm on Monday, when she said that she was walking three dogs near her home in the Westwood Plateau neighbourhood of the city.

She had not been seen or heard from until today.

Poitras, he said, was found in a basin “well into the Coquitlam watershed – so outside the normal areas you would expect on the trails, north of the areas most people spend time…in.”

The three dogs she was with – Roxie, Chloe, and Bubba – are also alive, he added.

“We are making efforts to get them out as quickly as possible,” said McLaughlin.