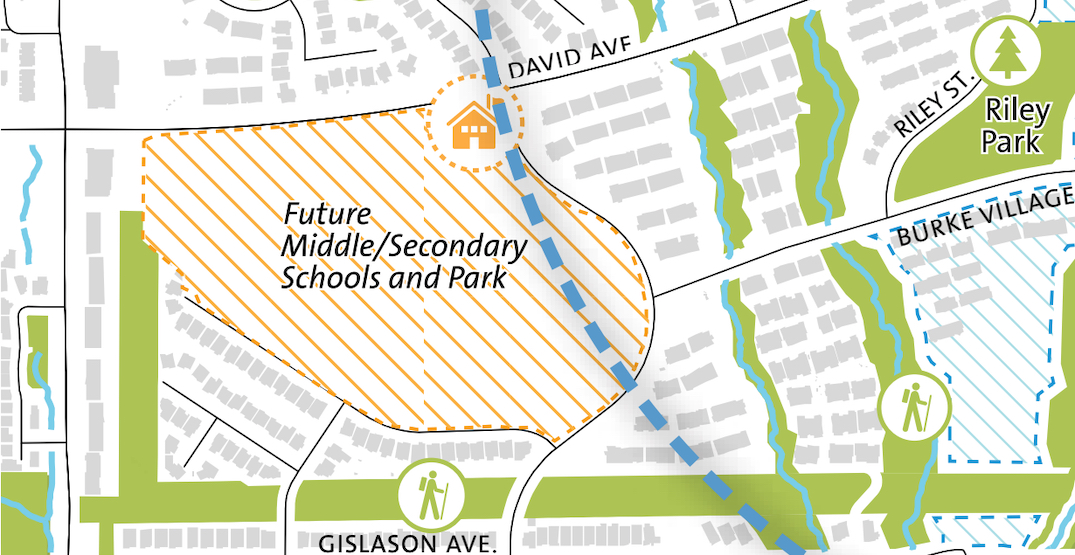 This latest decision announced Tuesday amounts to an approval of the concept plan proposed by Coquitlam’s school district, which will now create a business case to finalize the details of the new school, including the scope, budget, and implementation timeline.

In order for the project to be realized, the school district still needs the provincial government’s approval of the yet-to-be-made business case and capital funding, and only then will the new campus proceed to the detailed design and construction stages. The new facility’s estimate cost is $125 million.

“I am excited to see progress on this project. Burke Mountain youth and parents are looking forward to a middle-secondary school in their neighbourhood, which will help ease stress on families,” said Fin Donnelly, NDP MLA for Coquitlam-Burke Mountain, in a statement.

“This is the result of our government’s commitment to improving schools for students and staff, and our strong partnership with both the Coquitlam school board and the City of Coquitlam.”

The development site is a 22-acre lot that is currently treed, located near the southeast corner of the intersection of Coast Meridian Road and David Avenue in the Lower Hyde Creek Village neighbourhood. The school district owns 14 acres that would be used for the middle and secondary school buildings, and the City of Coquitlam owns eight acres. 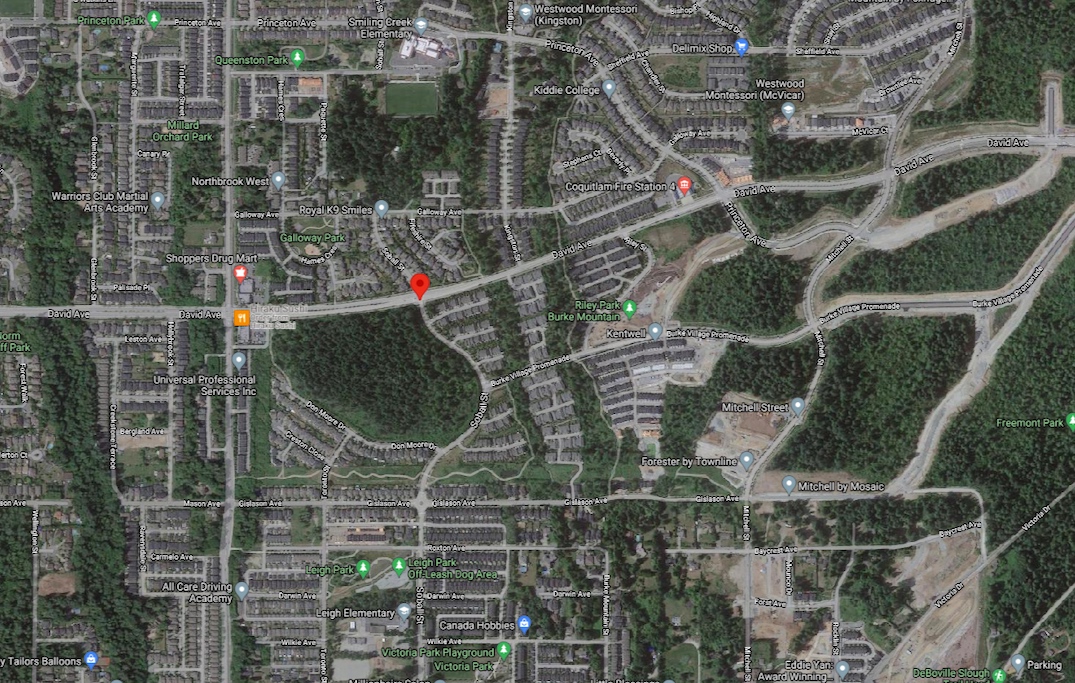 Initially, there would be one school building, but as enrolment increases a second building would be built as a middle school. The ultimate capacity of the campus is 1,000 students.

The school district’s highly preliminary vision for the design concept calls for the “greenest school in Canada.”

For its part in the project, the municipal government would also build an artificial turf field, athletics track, and public park on the parcel it owns.

There has been growing community pressure for additional school capacity in Burke Mountain, which currently has a population of about 15,000 people. This will eventually grow to 50,000 residents when the neighbourhood is fully built out.

Currently, hundreds of townhouses are under construction in the neighbourhood.

To the east of the school site, the municipal government has set aside 39 acres of city-owned land for Burke Mountain Village — a higher density neighbourhood hub with about 2,000 condominium home and townhomes, a community centre, and a retail village with restaurants, shops, and a grocery store.

“The board of education appreciates the overwhelming support of families in the Burke Mountain neighbourhood in their tireless effort and support of the Coquitlam School District  to open a middle-secondary school,” said Kerri Palmer Isaak, board chair of the school district.

“It’s exciting for the project to move one step closer to realization for the many students of this fast-growing region.”

But there is some uncertainty over the timeline of the new middle/secondary school, based on a March 2021 letter from school district CFO Chris Nicolls to Donnelly.

Nicolls wrote that the availability of capital funding from the provincial government has delayed the school’s completion and opening beyond the originally planned September 2023 target. Conversely, the municipal government’s portion of the project is fully funded.

As of early this year, the school district was targeting September 2024, but that was also deemed to be an “already challenging completion date,” with Nicolls warning “further delays in funding support put this date in jeopardy.”

Additionally, Nicolls states the site is challenging to build on due to its steep topography both east to west, and north to south.

To meet population growth, a total of five future school sites have been identified by the school district for Northeast Coquitlam, including four elementary schools and the middle/secondary school.

Currently under construction is the new Sheffield Elementary school, located just northwest of Burke Mountain Village. This new $52-million school with a capacity for 439 students, opening in Summer 2022, is part of the 1,035 new student spaces funded by the provincial government over about four years. 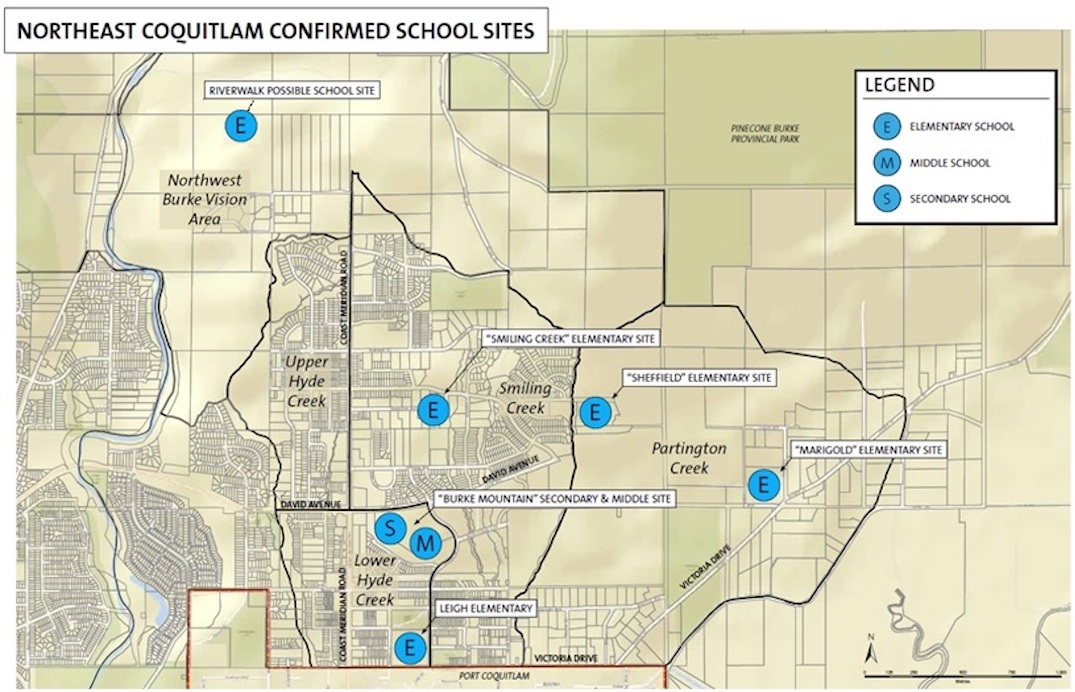