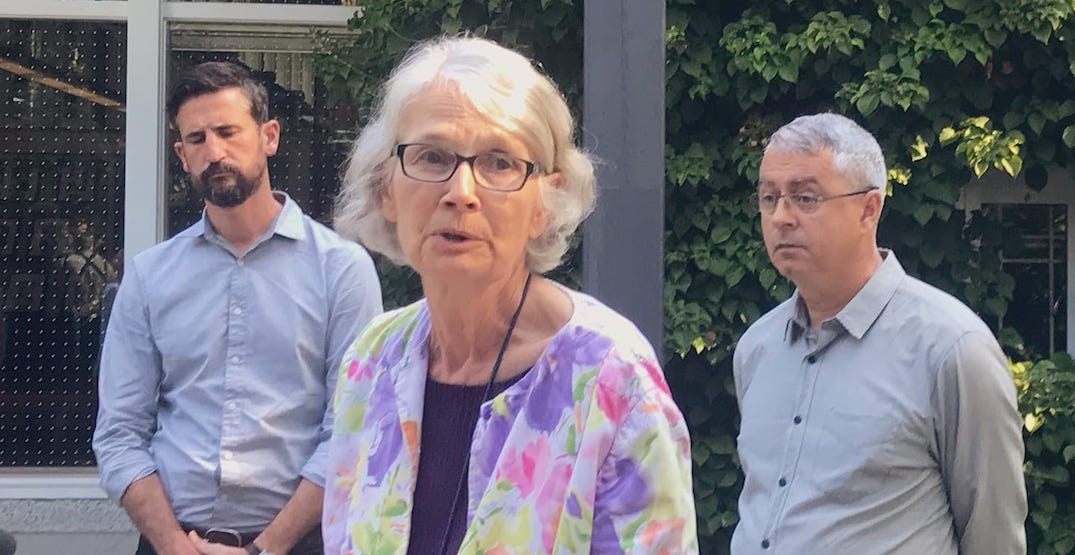 Jean Swanson will make a push to sit on Vancouver City Council for a second term.

On Thursday, she formally announced that she would seek COPE’s nomination to have her run on the ballot in the October 2022 civic election.

“I’ve been wondering for a while, should I retire? Sometimes it seems tempting. Or should I keep working for housing, renter protection, ending homelessness, Indigenous and racial justice, climate action, and supportive low-income folks and workers in the city,” she said during the announcement.

As a longtime activist for people experiencing homelessness in the Downtown Eastside, Swanson focused her efforts throughout her first term to date on issues that mainly centre on low-income individuals.

If re-elected, she says, she would continue to prioritize rent protection for individuals living in single-room occupancy (SRO) units and extend her efforts to help working individuals who live in market-rate rental apartments.

“An apartment may have a reasonable rent, especially if it has a long-term tenant, but if that tenant dies or leaves, gets renovated or bought out, the rents go up on average by hundreds of dollars per month,” she said.

“It would cost governments billions of dollars to replace the affordability that we lose in these apartments by building new social housing… billions. Fortunately, for very little money, we could expand the vacancy control we now have in SROs to all or most apartments in the city and stop this loss of affordability. I’m willing to be a part of the new council to protect the affordability for renters.”

During her first term, Swanson has been particularly outspoken in her opposition to new condominiums and purpose-built market rental housing projects. This is shown in her voting record against proposals that are presented to the city council for approval.

Swanson is also vowing to bring back her 2018 civic election campaign promise of enacting a mansion tax on properties worth over $5 million, with such properties taxed at a higher rate than conventional housing. She says the revenues collected could go towards building more housing for the homeless. However, enacting a mansion tax is not within the municipal government’s jurisdiction and requires an amendment to the Vancouver Charter by the provincial government.

She says the City of Vancouver needs to establish higher taxes to help cover its growing costs and responsibilities, previously assumed by the provincial and federal governments.

“For the city to pay for these services, we have to tax Chip Wilson and his mansion and Amazon and Walmart at the same rate that we tax a $400,000 condo owner or a small coffee shop owner. It’s just not fair,” said Swanson.

With Swanson throwing her hat into the ring, this means all existing 11 members of Vancouver City Council — 10 city councillors and the mayor — will be running for office as incumbents.