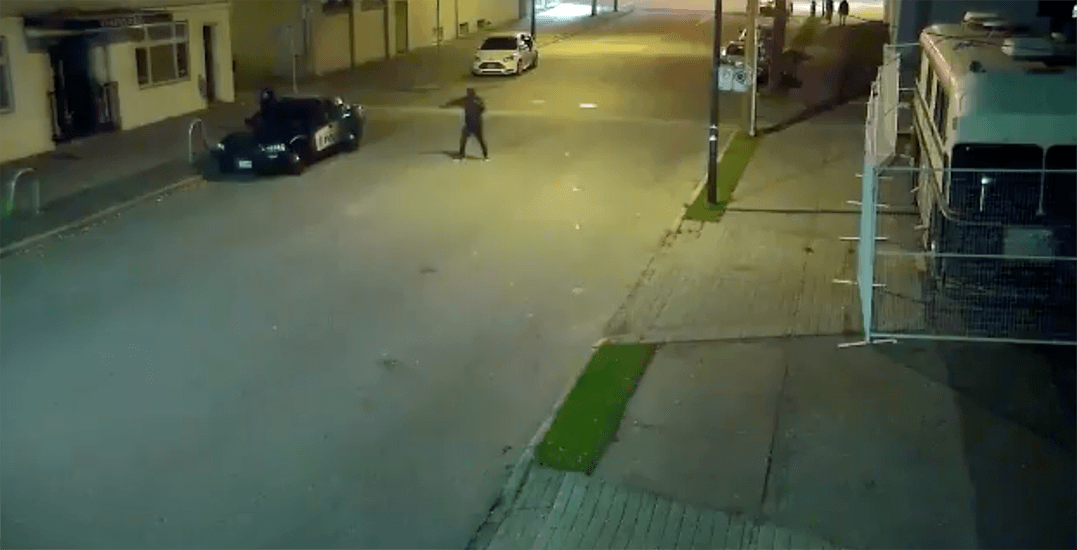 The Vancouver Police Department (VPD) is asking for the public’s help after a cop car was vandalized near Vancouver’s Downtown Eastside.

Police made the announcement on Twitter, saying that the incident had taken place on Monday, September 30, just after midnight.

At first, it appears as if the person is about to throw something at the vehicle. They then pause, inch closer towards the car and appear to slash the front driver’s side tire.

Seconds later, the cop car collapses on the front tire and the individual sprints away.

Vancouver Police are looking for witnesses after a patrol car was vandalized on Dunlevy Avenue shortly after midnight on September 30. Suspect was last seen running towards Oppenheimer Park. Anyone with information should call the police at 604-717-3321. #VPD pic.twitter.com/UUxAZZ5wBB

A separate camera shows the person sprinting across the street and towards Oppenheimer Park.