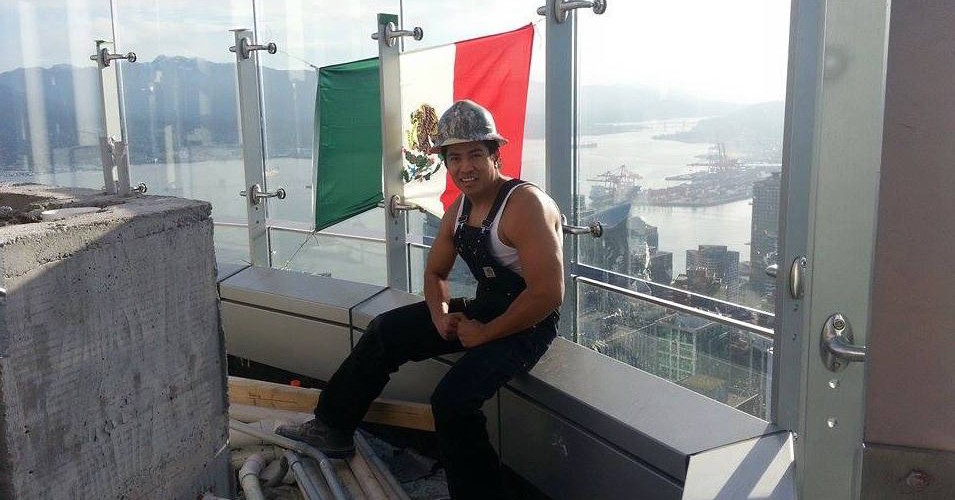 A construction worker who placed a Mexican flag at the top of Vancouver’s Trump Tower hopes to get Donald Trump’s attention in order to change his stance on Mexican immigrants.

Speaking to Vancity Buzz, Diego Reyna says he felt he needed to take a stand against the incendiary remarks Donald Trump has made about Mexican immigrants.

“Everything Mr. Trump says is heard around the world, so when you say that everyone in my country, including everyone in my family, is a criminal and a rapist, I needed to do something,” he says.

“By putting the flag there, I’m pointing out the fact that he benefits from our work, and that proves that we are not all criminals and rapists.”

Indeed, Trump said Mexico is sending their worst people to the United States, including drug dealers, criminals, and rapists, during a speech announcing his presidential candidacy in June of 2015.

In response, at 7 a.m. on Saturday, April 2, 30-year-old Reyna flew a Mexican flag from the roof of the tower and posted about it on Facebook. His post has since garnered more than 3,300 shares and 1,800 likes at the time of publication.

The flag was taken down sometime on Sunday morning.

Reyna says Canada’s close ties to the United States make him nervous – he fears a Trump presidency will influence Canadians to think negatively about Mexicans.

“Here in Canada, as a Mexican, I’m not discriminated against – it’s actually quite the opposite. In my personal experience, Canadians are very tolerant and very accepting. If Mr. Trump keeps saying these things, he will eventually get into the public opinion.”

“Remember, Canada and the U.S. have the largest bilateral relationship in the world – that includes political views and opinions,” he says.

Reyna first came to Vancouver in 2011 as a permanent resident before getting his Canadian citizenship last year. He arrived in Canada with $20 in his pocket seeking a better life, saying he felt he deserved better than what Mexico had to offer.

Above all, he doesn’t want Trump to ruin what Canada is best known for – being a melting pot of many cultures.

“I have friends from all races and all religions and ethnic groups and they are all beautiful people. And we need them all,” he says.