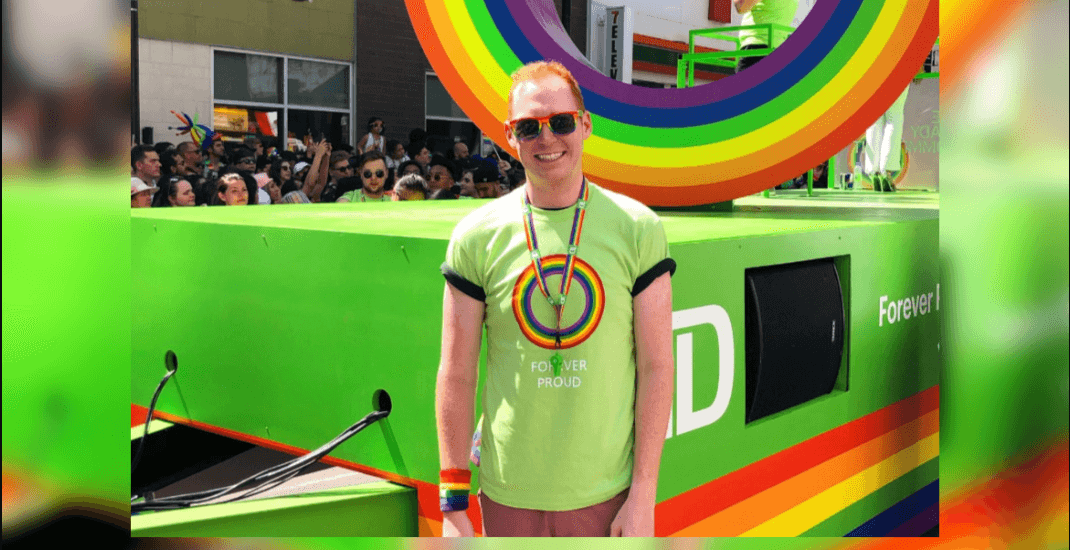 A federal candidate for the Conservative Party of Canada (CPC) announced he will no longer be marching in this year’s Vancouver Pride Parade on August 4.

David Cavey, CPC candidate for the Vancouver Centre riding, said he is dropping out of this year’s parade due to the Vancouver Pride Society’s (VPS) decision to ban both the Vancouver Public Library (VPL) and UBC from participating in the parade.

We stand with UBC and the Vancouver Public Library and will not be marching in the Pride Parade this year in support of both important institutions. We all support the LGBTQ+ community, the Pride Society has gone too far. https://t.co/aG7NvEzTbn

On July 25, the VPS said its reasoning to barre the VPL was because it allowed “transphobic speaker Meghan Murphy to book space for an event that undermined the dignity of trans women.”

This came weeks after the VPS also barred UBC from marching in the 2019 Parade after anti-SOGI activist Jenn Smith gave a talk at the school in June.

“Pride Vancouver banished them from the parade because they each hosted speakers — one a strong feminist, the other transgender whose ideas it disagreed with,” wrote Cavey’s campaign in a media release.

The release goes on to state that Cavey sent a letter to VPS requesting they lift the ban on both institutions but he “received no reply.”

“Mr. Cavey noted the Vancouver Pride Society’s website says, ‘We strive for inclusiveness in all that we do.’ But this behaviour suggests otherwise. It’s shameful behaviour for an organization that receives $1 million in federal taxpayer money. They should not be playing politics with the taxpayers [sic] money,” reads the release.

Cavey has previously marched in the Vancouver and Toronto Pride Parades.

VPS responded to Cavey on Twitter, writing “Too bad. We hope to see you next year!”

The VPS also stated  that its members found out about Cavey’s decision through a press release because his team did not “bother to contact any of [their] board or staff directly.”

“Both UBC and the VPL have acknowledged their room booking policies have had a negative impact on trans, non-binary, and non-gender conforming communities. Both organizations are now vowing to review their policies. The VPL has also indicated it plans to hold feedback and dialogue sessions with the community this fall,” wrote VPS.

“Our team is focused on hosting Western Canada’s largest parade and festival. We don’t have time to be dealing with political candidates trying to score points off the back of our work.”

The VPS concluded its statement, with some “wise words” from Ariana Grande: “thank u, next.”