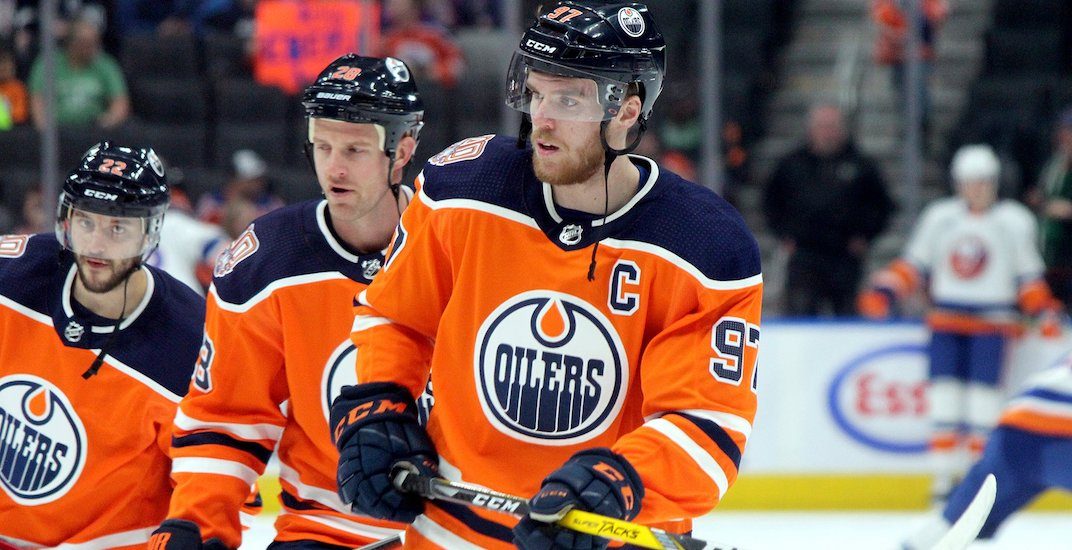 The Oilers will be without their captain again, as the NHL has suspended Connor McDavid two games for an illegal check to the head of New York Islanders defenceman Nick Leddy.

The reigning Art Ross Trophy winner caught Leddy with a shoulder to the head late in the first period of Thursday’s game. Leddy finished the game and McDavid received a two-minute minor penalty on the play.

The best and highest paid player in the NHL, McDavid will earn $15 million in salary this season.

Under the terms of the Collective Bargaining Agreement and based on his $12.5 million average annual salary, McDavid will forfeit $134,408.60, which will go to the Players’ Emergency Assistance Fund.

This is the first suspension of McDavid’s four-year career. He was making his return to the lineup after a one-game absence due to an illness.

Edmonton won the game 4-3 in overtime, halting a five-game losing streak. The win was just the second in 13 games for the Oilers, who are fading fast in the Western Conference playoff race.