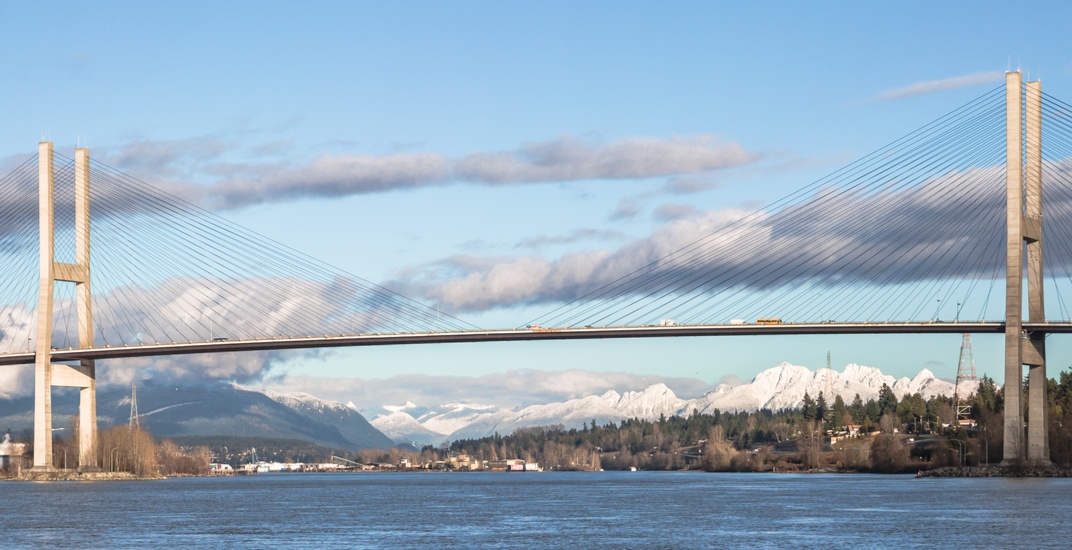 Commuters who use the Alex Fraser Bridge will benefit from two projects going to tender, the BC Government announced on Wednesday.

The first is a new project to install a cable collar system for ice removal this winter.

“Last winter, snow and ice on the Alex Fraser Bridge’s cables forced several closures, which inconvenienced thousands of commuters,”said Transportation and Infrastructure Minister Claire Trevena. “Adding a cable collar system to clear snow will improve the reliability of the bridge.”

The tender for the cable collar system closes in mid-September 2017, with the new system expected to be in place on the Alex Fraser Bridge by the end of December.

The system will be similar to the one used to remove snow and ice from the Port Mann Bridge’s cables, but will be operated manually from the bridge to ensure its effectiveness.

The project is valued at approximately $5 million.

The same contract will include initial work on what’s known the Alex Fraser Bridge capacity-improvement project.

The $70-million project includes replacing the existing fixed median barrier with a temporary concrete median barrier in support of expanding the number of travel lanes on the bridge to seven.

As part of that project, the ministry is also in the process of procuring a moveable barrier system, including barrier transfer machines. Additional work to complete the project will be tendered this fall, with the new lane and moveable barrier expected to be operational in fall 2018.

“Traffic congestion infringes on the quality of life in our residential communities and restricts the lives of the thousands of workers in the Annacis Island and Tilbury business areas,” said Delta Mayor Lois Jackson. “These improvements are positive steps and demonstrate leadership towards finding a solution.”

“Many Delta residents rely heavily on the Alex Fraser Bridge,” he said. “The extra lane… will save commuters valuable time each day, and the cable collar system is an important safety addition that will help keep the bridge open during the worst winter weather.”

The Government of Canada is contributing up to $33,965,000 through the Provincial-Territorial Infrastructure Component of the New Building Canada Fund toward the $70-million capacity-improvement project. The cable collar system is a separate project and is funded entirely by the Province.