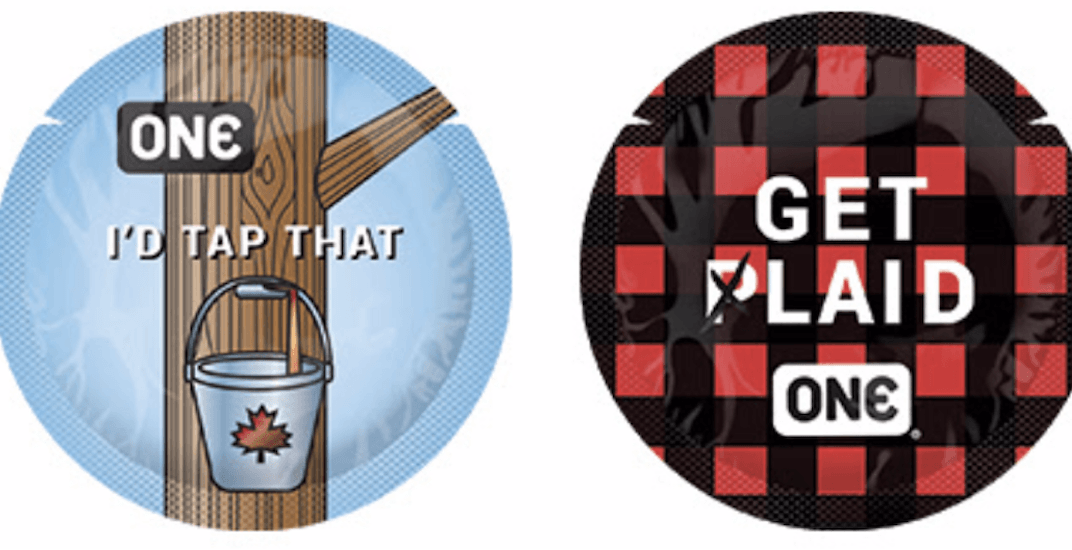 Well, that wraps things up.

To celebrate Canada’s 150th anniversary, ONE Condoms asked Canadians to design a condom wrapper for Canada.

And, after receiving hundreds of submissions from people across the country, tallying more than 14,000 votes, and picking the top five, a winner has now been chosen.

Emma Scott’s “I’d Tap That” design featuring a maple syrup tap was voted the Grand Prize Canada Winner, and her “Get (P)laid” design was voted as a runner-up.

“I never thought I would be so excited to see my art being ripped up and thrown away, but here I am putting my designs onto ONE Condom wrappers for all consenting adults across Canada,” said Scott in a release.

“This contest was the perfect way for me to sprinkle my sense of humour into my design work, and I’m so glad Canada loved them!”

The four other runners-up featured a “Loonie ONE” coin, some frisky moose with “Wild ONE” text, a couple in bed saying “Sorry,” and a design featuring “ONE Tall Toque.”

Some of the finalist design (ONE Condoms)

Regional winners were selected by the contest judges, and included “Snakebite,” a couple of bears getting wild, a map celebrating “ONE Nation,” and a hockey-themed design with “The Great ONE.”

The team at ONE also selected 29 additional favourites called “Staff Picks”. Those included humorous designs, such as a design featuring “Poutine It In,” a “ONE Happy Moose” with a bra on its antlers, and plenty of “Cheeky” and lovable beavers.

Other Staff Picks included a “Cold ONE” painting, representations of Indigenous culture, and Canada photography. 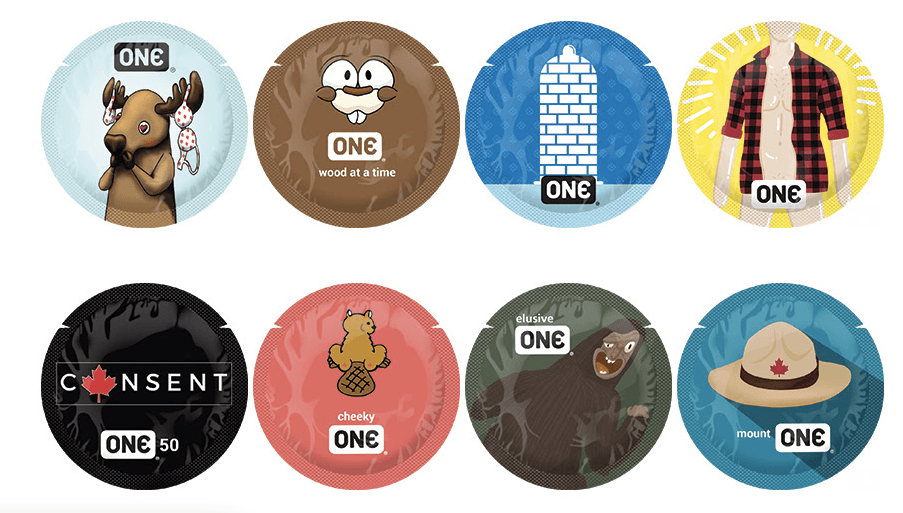 Some of the condom design runner-ups (ONE Condoms)

“We’re so impressed by all the designs across Canada, from loonies and lumberjacks to condom igloos and beavers,” said Davin Wedel, founder of ONE Condoms in the release. “Starting condom conversations, ONE Canada-Condom at at time!”

Each of the winners will receive a cash prize, a year’s supply of condoms featuring their winning artwork, an artist profile at onecondoms.ca, and a donation of up to 10,000 condoms to the Canadian health organization of their choice.

ONE will also donate a total of 150,000 condoms to various Canadian organizations dedicated to promoting sexual health education and outreach.

Together the winning designs are called the “ONE Canada Collection,” and condoms featuring the collection will be available through select retailers in Canada and distributed to public health clinics and health organizations across the country later this year.