Soon the Concord Pacific 2020 vision for North East False Creek will start construction and perusing the forums I found these two gems. What I and many Vancouverites are hoping for is something other than the blandness that fills that neighbourhood right now. Here is a proposal for two 53 floor towers by Studio Gang, the team responsible for the Aqua Tower in Chicago. You can see the similarities in their Vancouver proposal to their Aqua tower in Chicago. 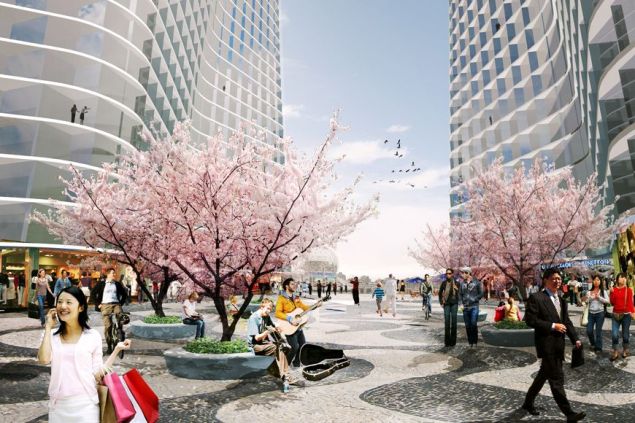 The proposal was submitted in 2010 and will likely not go as planned. The height alone is far too much for a Vancouver council and NIMBY’s to adopt, perhaps a similar design less 15 floors could work? Thus the design and plans are in the mere conceptual phase. However, Studio Gang is still on board for the project, so hope for two iconic towers is still out there.
However, if Vancouver’s Urban Design Panel has it’s way we’ll probably get more of this garbage after all the initial meetings take place. 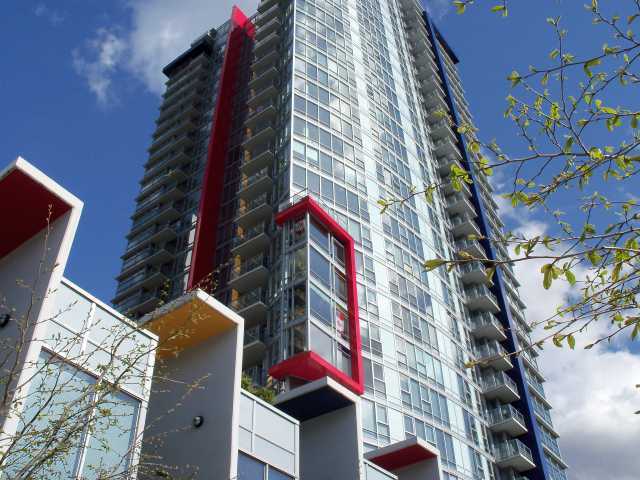