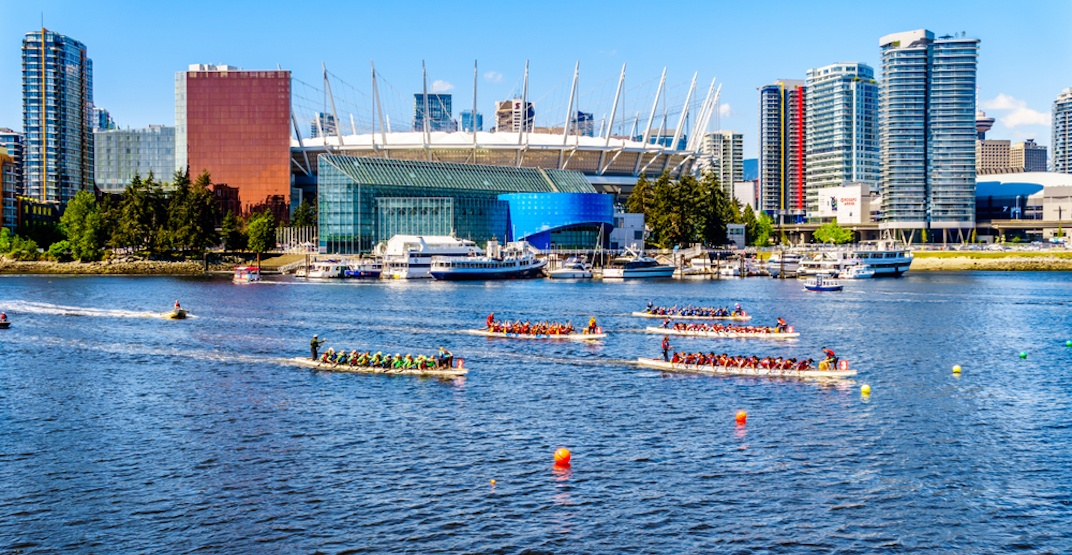 A major early-summer event in East False Creek in downtown Vancouver has been tentatively postponed to the end of the season.

Dragon Boat BC has announced that this year’s Concord Pacific Dragon Boat Festival will be held on the weekend of September 12 to 13, instead of from June 19 to 21.

Organizers say they made the decision after careful consideration and consultation with key stakeholders, public officials, and teams, with health safety being the priority.

“During our deliberations, we considered all scenarios for the 2020 Festival and determined that a postponement into the Fall was the most feasible option,” said Alexis Gall, general manager of Dragon Boat BC, in a statement. “We continue to cautiously and actively monitor updates regarding COVID-19 and review all options to ensure the community’s safety. We will keep all racers, volunteers, stakeholders and community at large as up to date as possible.”

Paddling has been a year-round sport in the waters of False Creek for 30 years, with the local paddling season culminating with the Dragon Boat Festival.

“The spirit of dragon boat is represented by many teams and participants who have fought through various physical and social adversity to be part of this event,” said Terry Hui, president and CEO of Concord Pacific.

“In this same spirit, we hope that the dedicated front line medical workers and our community win this battle soon so we can celebrate together at the Festival this September.”

The annual weekend-long event typically sees a total attendance of about 100,000 people. The event, accompanied by entertainment, attracts hundreds of teams from across BC, Canada, and the United States.