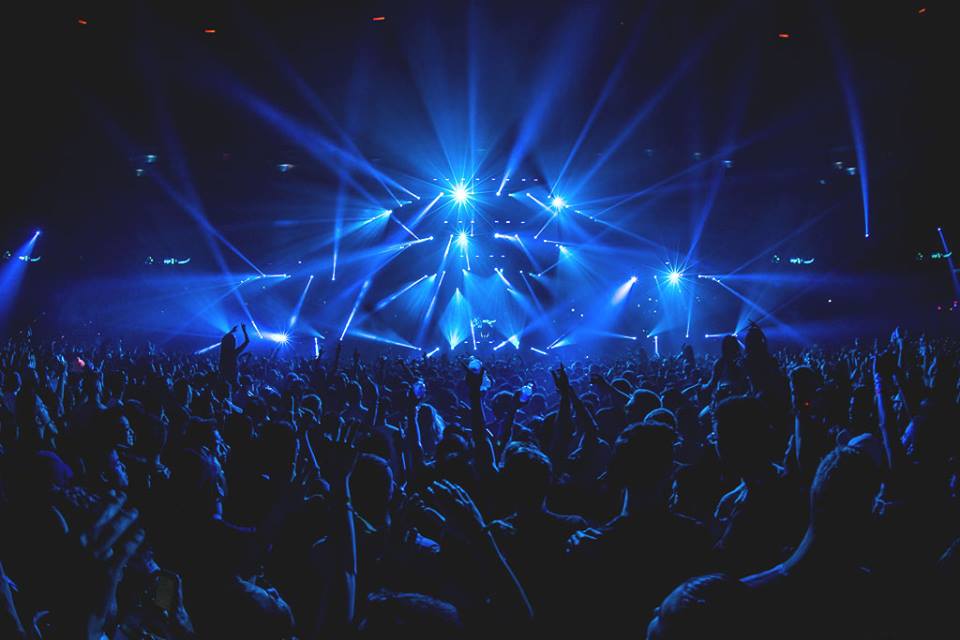 It’s been a fantastic year for concerts in Vancouver, and December is no exception.

From a couple of funny ladies to a pair of Rock & Roll Hall of Famers, our monthly roundup of the best shows coming your way will surely have your rockin’ around the Christmas tree.

Amy Schumer is an Emmy-winning actress with a hugely popular television show, but her real passion is the stand-up comedy circuit. Her current North American tour, which hits Vancouver on December 2, made headlines when some of her Trump-tinged material caused 200 audience members in Tampa, Florida to walk out in protest.

Upon the release of her debut album All My Demons Greeting Me As A Friend, Norwegian singer-songwriter Aurora teased that she already had 15 demos completed for an upcoming second album. Fans can expect to hear songs like “Half The World Away” and “Runaway”, the video for which has been viewed more than 15 million times on YouTube. Special guests Foreign Air will open the show.

When: Saturday, December 3 at 8 pm
Where: Vogue Theatre – 918 Granville Street
Tickets: Available online for $20. All ages

Seattle folk rockers The Head and the Heart are set to take over the Orpheum Theatre on December 5. It’s their first tour to not feature lead singer Josiah Johnson, who is taking a hiatus from the road while seeking treatment for addiction; guitarist Jonathan Russell and band friend Matty Gervais will take over vocal duties.

Fresh from a tour of Australia (where they surprised fans by recording a live album at a gig in Brisbane), the Dandy Warhols will tear the roof off of the Commodore Ballroom on December 6. Fans can expect songs spanning the band’s two decade-long career, but don’t expect an encore as per band tradition. Rockers Telegram will perform opening duties.

Porter Robinson got his start penning tracks for other artists (he shares a writing credit on Zedd’s monster hit “Clarity”) and “Shelter”, his new collaboration with tourmate Madeon, is sure to launch Robinson into superstardom by next year. The pair are booked for two nights at the Vogue Theatre and tickets are going fast.

When: Tuesday, December 6 and Wednesday, December 7 at 7 pm
Where: Vogue Theatre – 918 Granville Street
Tickets: Available online for $45.50. All ages

British singer Michael Kiwanuka has been compared to R&B greats like Curtis Mayfield and Marvin Gaye, and his stunning debut album Home Again won him the prestigious Sound of 2012 prize from the BBC. Expect Kiwankua to draw heavily from 2016’s Love & Hate; the video for the title track has been seen more than 2 million times on Vevo.

Louis CK is always a hot draw on the road (both of his shows at the Thunderbird Arena sold out in minutes) but instead of gouging fans, the funnyman goes to great lengths to ensure his tickets don’t hit resale markets in an attempt to keep prices low. The Emmy award-winning comedian said in an interview that playing arenas is a win-win for both him and his fans: “If I’m making more money, I can afford to charge less,” he says.

Melbourne quintet The Paper Kites are on the road promoting twelvefour, a concept album featuring songs written only between the hours of midnight and 4 am. The band will play a pair of shows at the RIO Theatre on December 8 and 9 and fans can expect to hear singles “Bloom” and “Renegade”, among others. Please note – tickets for both concerts will go “off sale” at 4pm on show day.

When: Thursday, December 8 and Friday, December 9 at 7 pm
Where: RIO Theatre – 1660 East Broadway
Tickets: Available online for $25. All ages

The unsinkable Stevie Nicks has survived a breakup, addictions, and an unfortunate bout of really big hair in the 80s. Now she’s heading to Rogers Arena on her 24 Karat Gold tour December 9. Between her solo work and albums with Fleetwood Mac, Nicks has sold more than 100 million albums worldwide and was inducted into the Rock & Roll Hall of Fame. Chrissie Hynde and her band The Pretenders will serve as Nicks’ opening act.

After spending most of 2016 on the road, the self-described “Lady of the Night” returns to Vancouver for one night only on December 10. Gnome, whose musical style can be described as a cross between Joni Mitchell and Sue Johanson, has amassed a fiercely loyal following thanks to her deliciously dirty ditties and non-stop touring (the singer will also perform at Dan Savage’s Lovecast in Portland and Seattle this month).

Andra Day’s debut album Cheers to the Fall was a modest hit last year, but it was her stunning performance at the 2016 Grammy Awards that proved the singer is a force to be reckoned with. Fans can expect to hear songs from Fall in addition to a slew of covers (check out Day’s official YouTube page channel to see her perform tracks by Jessie J and the Notorious B.I.G.).

Sweden’s In Flames are teaming up with Texas rockers HELLYEAH for their Forged In Fire tour, which plays the Commodore Ballroom on December 14. In Flames just released Battles and the tour will feature former RED drummer Joe Rickard in place of original stickman Daniel Svensson. From Ashes To New will open the show.

The Montreal quintet is on the road promoting Sun Leads Me On, their second studio album, and will perform at the Orpheum Theatre on December 16. With each ticket sold, the band will make a $1 donation to Plus 1 in support of the Native Youth Sexual Health Network and Native Women in the Arts.

Vancouver’s very own The Funk Hunters are home for the holidays with a pair of shows at the Commodore Ballroom on December 21 and 22. The DJ duo, comprised of Nick Middleton and Duncan Smith, are veterans of the festival scene, having played Burning Man, Wakarusa, and Shambhala in recent years.

‘Tis the season to get down and dirty with thousands of EDM lovers at the Contact Winter Music Festival. Western Canada’s largest indoor music festival comes back to Vancouver on Boxing Day for a fifth consecutive year, and 2016’s edition has the best roster of deejays so far: Flume, Marshmello, Bauuer, and Grammy-nominees Disclosure will all perform during the 2-day event.

When: Monday, December 26 and Tuesday, December 27
Where: BC Place – 777 Pacific Boulevard
Tickets: Various tickets and packages available online. All ages

What better way to ring in the new year than with a performances by two of hip hop’s biggest names. Fetty Wap and Young Thug are both making their Vancouver debuts on December 31 at the Pacific Coliseum as part of their Massive Gala 2017. The event is sure to be packed but for an additional $15, fans can buy a “fast pass” for quicker entry.