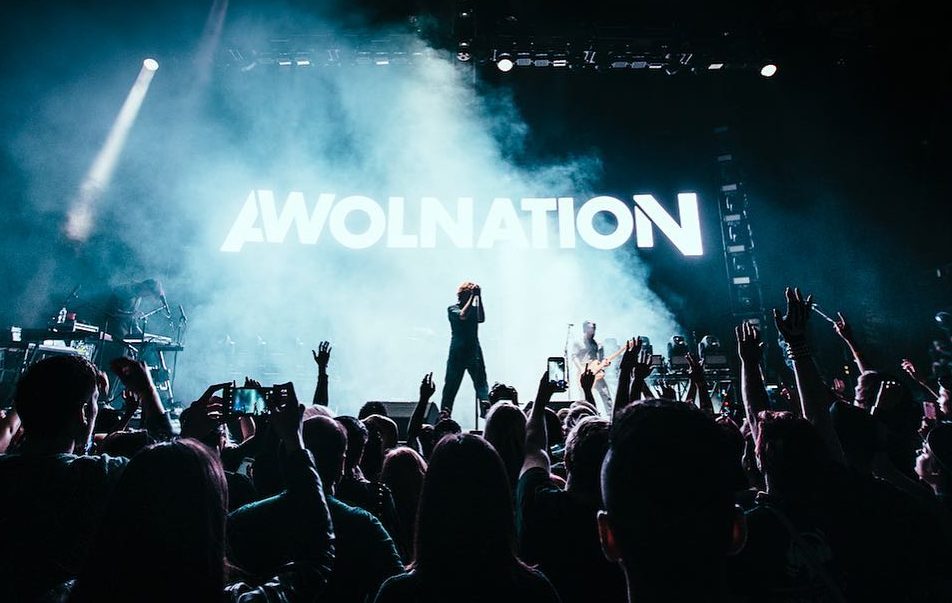 Get ready to drop you glasses and shake your asses, as Gwen Stefani & Eve are just two of the many superstar acts heading this way in August.

From a reunited Duran Duran to a presumably shirtless Nick Jonas, there’s a little something for all musical tastes this month.

Ska music superstars The Cat Empire will play two highly-anticipated shows at the Commodore Ballroom in August. The band is as generous as they are talented – they’re ambassadors for Australia’s “Asylum Seeker Resource Centre” and are currently auctioning off the instruments featured in their “Bulls” video to support the initiative.

Ah the sounds of country and rockabilly. American band The Mavericks, return to Vancouver for a show this month – touring their discography of eight albums. Their latest release, Mono, came out last year, and this is the Grammy-Award winners’ local stop.

One of the province’s most anticipated local festivals returns for another sold-out year. The ever-so-popular Shambhala Music Festival has become more about community than music, but their line up is a banger nonetheless. Headliners include Aluna George, Marshmello, Gorgon City, and What So Not.

Lil Yachty is definitely lil – 18-years-old to be exact. The young Atlanta rapper/hip hop artist made his name through his single 1 Night (see above), and his unique sound has captured a new generation of rap fans. Catch his debut show in Vancouver this month – if you’re able to get tickets!

When: Saturday, August 6 at 7 pm
Where: The Vogue Theatre – 918 Granville Street
Tickets: Sold out. Sad face.

One of the world’s biggest producers returns for – yet another – sold out show this month. Flume, on tour with Aluna George and Mura Masa, will be gracing the PNE Amphitheare for what should be an epic outdoor performance.

Popular indie rockers Foals are back for two gigs in the city. The English band have four studio albums, including their 2015 release What Went Down. Known for their epic performances at Coachella, Glastonbury and other global music fests – these are bound to sell out.

What could possibly be better than an AWOLNATION concert at the Commodore Ballroom? How about two AWOLNATION concerts at the Commodore Ballroom! Fans who scored tickets for either show should consider themselves lucky – the band made headlines in June when they cancelled many of their summer dates in order to join supergroup Prophets of Rage on their summer tour. “Sail,” AWOLNATION’S breakthrough hit, has sold more than six million copies in the United States alone.

Swedish indie-pop band Miike Snow bring their awesome brand of fun to the Orpheum Theatre on August 12 (their second concert in Vancouver so far this year). The band, comprised of singer Andrew Wyatt and producers Bloodshy & Avant, eschew the use of laptops in their live shows and instead use “The Blob” – a hexagonal synthesizer created especially for their tours.

Award-winning brother & sister duo Broods are making New Zealand a music hot spot. Since their debut album in 2014, the duo has toured the world and were just in town in April opening for Ellie Goulding. Check out the band’s headlining tour on the 16th.

Seattle’s Band of Horses just released their fifth album Why Are You OK to rave reviews and are eager to show off their new material. The album’s first single “Casual Party” was crafted by legendary producer Rick Rubin and the karaoke-inspired video has been viewed more than 200,000 times online. Nashville rockers The Wild Feathers will perform opening duties.

PARTY TIME! Andrew WK is bringing his rockstar ways to Vancouver as part of the inaugural Vancouver Mural Festival. The Grammy nominated producer is known for his loud singles “She is Beautiful” and “Party Hard” – which we are sure he will be doing at the Cobalt.

Former Disney stars Nick Jonas and Demi Lovato share a fanbase so it only makes sense for them to share a tour as well. The pair will mostly perform their grown-up hits solo but will join forces on stage for Jonas’ “Close” and Lovato’s “Stone Cold.” Mike Posner, who scored one of the biggest songs of the summer with “I Took A Pill In Ibiza,” will open for the dynamic duo.

Neo-soul indie group Fitz & the Tantrums are celebrating the release of their self-titled album with their Get Right Back Summer Tour. Expect the band, a staple on the festival circuit, to perform new material like “Run It” and “HandClap,” which hit number 5 on Billboard’s Alternative Songs chart.

Former No Doubt front-woman Gwen Stefani scored her very first number one album this year with This Is What The Truth Feels Like, and for the super-low price of $992.25, you can meet her backstage before her Vancouver show. Stefani will perform 25 songs in total and will be joined on stage by rap superstar Eve for two songs.

Montreal’s Simple Plan are just one of several Canadian super acts to perform during the PNE’s Summer Night Concerts series. The Sheepdogs, A Tribe Called Red, and Alan Doyle of Great Big Sea fame are also scheduled to play the outdoor amphitheater during the last two weeks in August. The price of admission for all concerts is free with purchase of a Fair admission pass, but Simple Plan fans can get an up-close view of the action by purchasing reserved seats near the front of the stage.

When: Thursday, August 25 at 8:30 pm
Where: PNE Amphitheatre – 2901 E Hastings St
Tickets: Free with park admission, but a few reserved seats are  available online starting at $20. All ages

Fans of 80s new wave will have to make an impossible choice on August 25 when both Duran Duran and Culture Club come to town. We love em both, but after comparing setlists we’ll have to give this one to Simon LeBon & Co. Expect the wild boys to play new songs from Paper Gods and classic hits like “The Reflex” and “Hungry Like The Wolf.”

Michigan folk singer-songwriter Rodriguez comes to Vancouver playing an all-ages show at the end of this month. You might remember Rodriguez from the film Searching for Sugar Man. He’s Sugar Man. The self-taught guitarist who did not gain popularity until years after he began playing.

It’s been quite a while since these guys were in town. Their awesome catchy-pop hits had all of us singing years ago, and they’re back doing more of what they’re good at. Welcome back, Peter Bjorn and John!