On a rainy Sunday night, St. Lucia managed to transform Vancouver’s Commodore Ballroom into an indoor tropical atmosphere. On their “The Night Comes Again” tour, fans of the band made it out despite the typical seasonal weather and the Halloween weekend.

The early show got started by talented electronic musician, and one-man-band, Robert DeLong. For those who have never seen DeLong perform previously, his electronic set makes your body dance, while you marvel at his multitasking of instruments. Perhaps a strange choice for an opener, but DeLong did get the crowd shaking and ready for the main act.

As the lights dimmed, a familiar groovy tune blasted the speakers at the Commodore. It was Lionel Richie’s “All Night Long.” The song played, as the crowd sang along to the 1980s hit, which slowly led to the band getting on stage. The five-piece got right into their set, starting with “Cold Case”, and upbeat track off their latest album “When the Night.” On stage, each member had several instruments in front of them. Lead by Jean-Philip Grobler, originally from Johannesburg but now based in New York, St. Lucia had the crowd clapping and dancing throughout the evening. 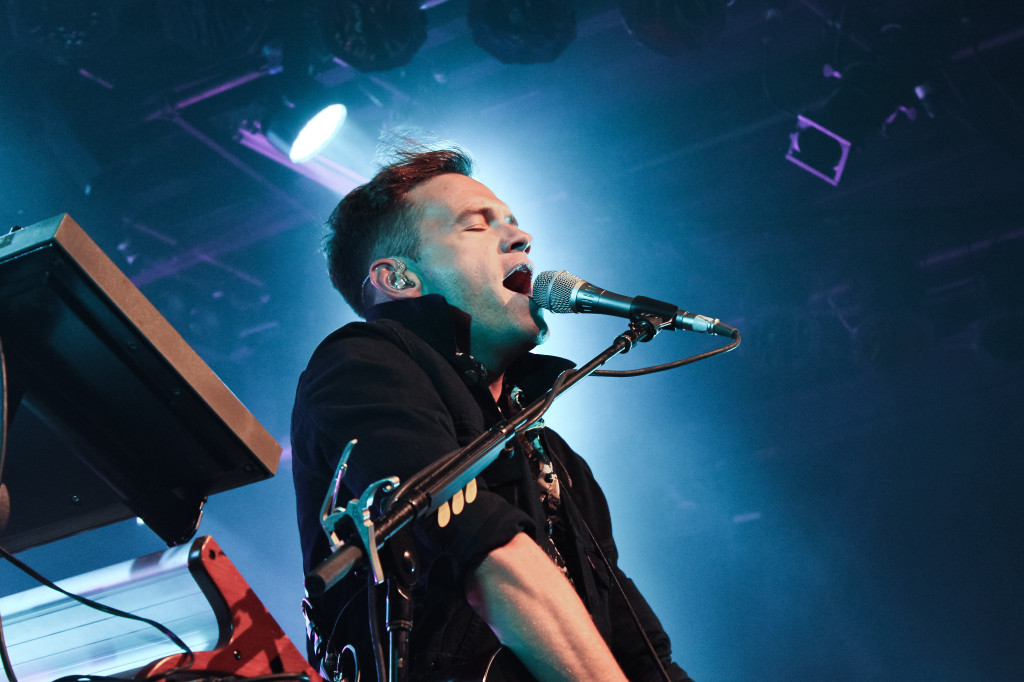 “I’m from a country called South Africa,” Grobler said at one point. “This song is kind of inspired by my childhood,” as he began to play “Wait For Love,” a very tropical electro tune. St. Lucia is most known for its ’80s influenced, synth-driven music, and at the show, the flashing lights on stage matched the musical decade.

More than halfway through the show, the band suddenly stopped playing and Grobler went to the microphone and said they were dealing with technical difficulties. The band left the stage for about 15 minutes, and the crowd didn’t really seem to mind. No one was on stage, the lights remained dimmed, and some music came on the speakers temporarily. Suddenly the drummer was back on stage performing an impressive solo, and the band soon joined him. No further explanation was really given for the break – but the show went on. 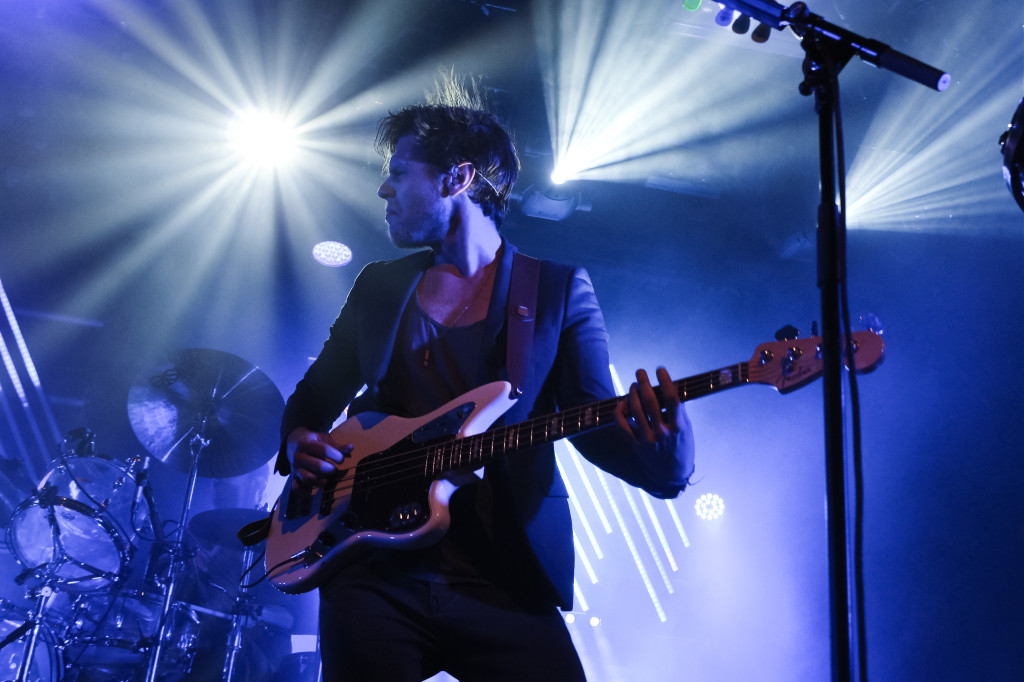 As the intro to “September” – one of their more popular singles – began, everyone ready to sing was surprised when Grobler began singing the lyrics to Michael Jackson’s classic “Thriller.” The song soon blended back to “September.” Grobler’s energy and charisma is showcased throughout the entire 90-minute set, as he set the tone for the dance floor and crowd in front of him.

With the technical difficulties break, the band continued to play without an encore. They played two new tracks throughout the evening, including “Love Somebody” and “Stay.” Their set ended with fan favourite “Elevate”, their album title-track “When The Night.” No strangers to Vancouver, St. Lucia told the crowd they have been to the city several times and even hiked The Chief once. “You guys do realize you live in an incredibly beautiful city, right?” Grobler said, which makes me believe that these guys will be back touring our city soon. 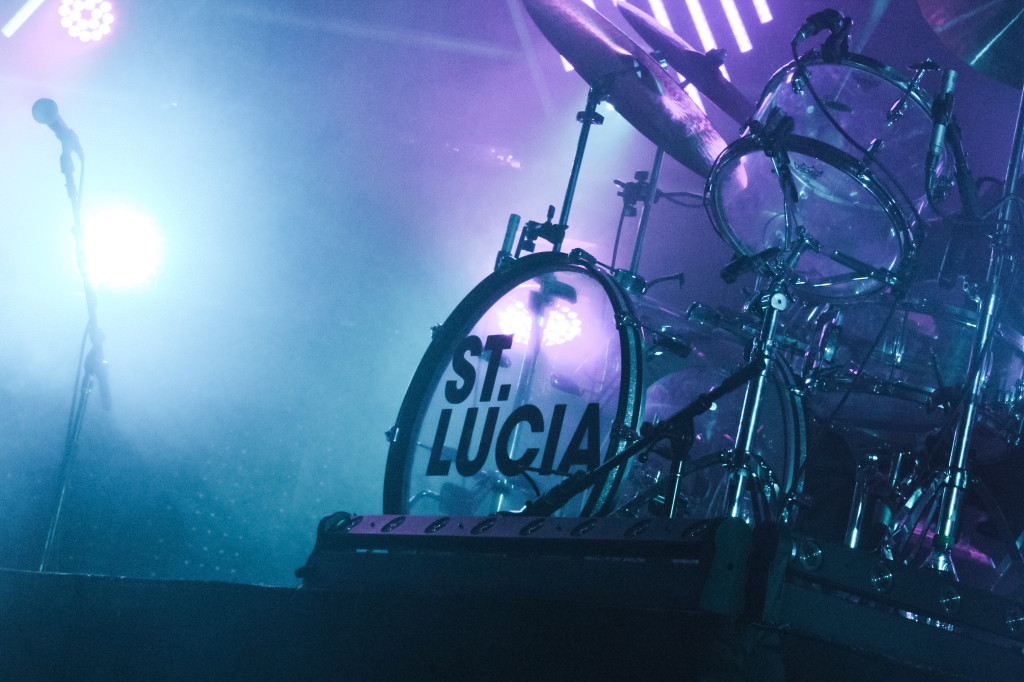 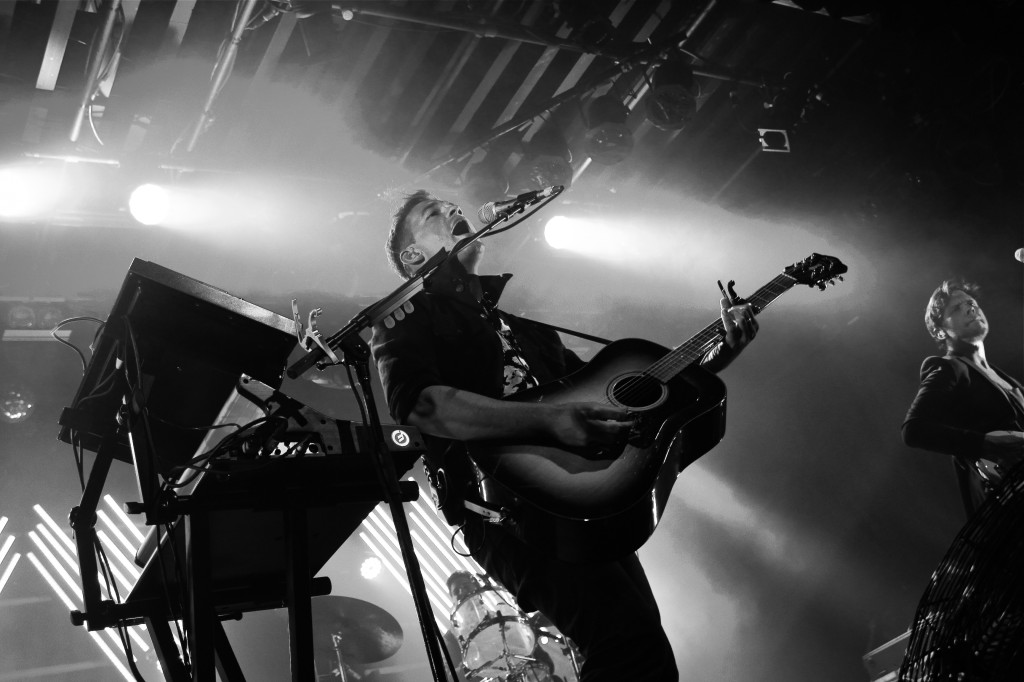 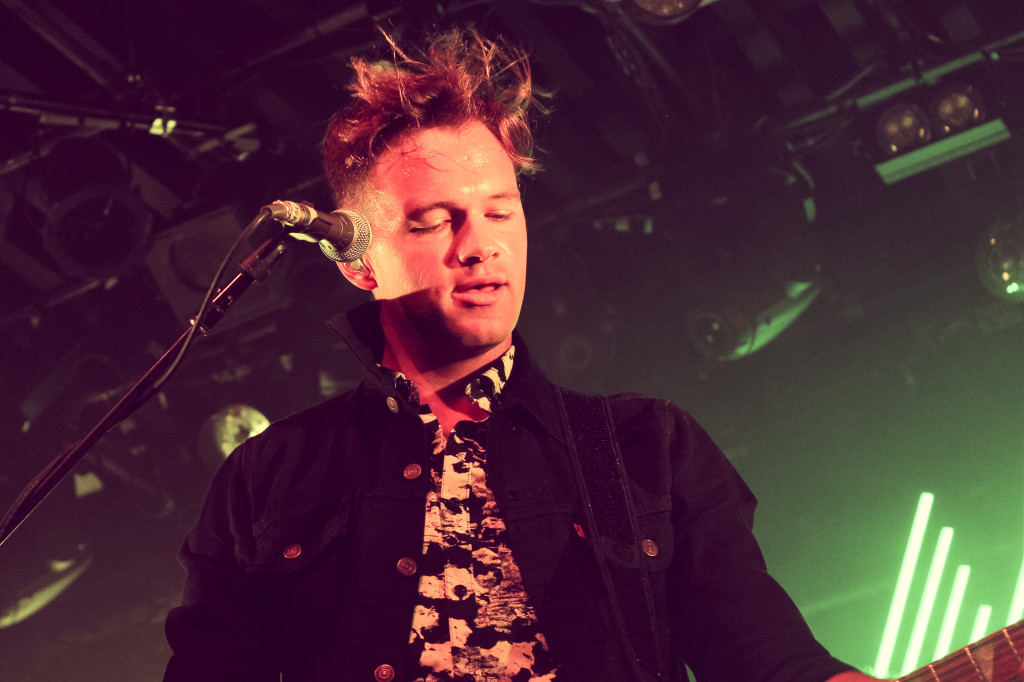 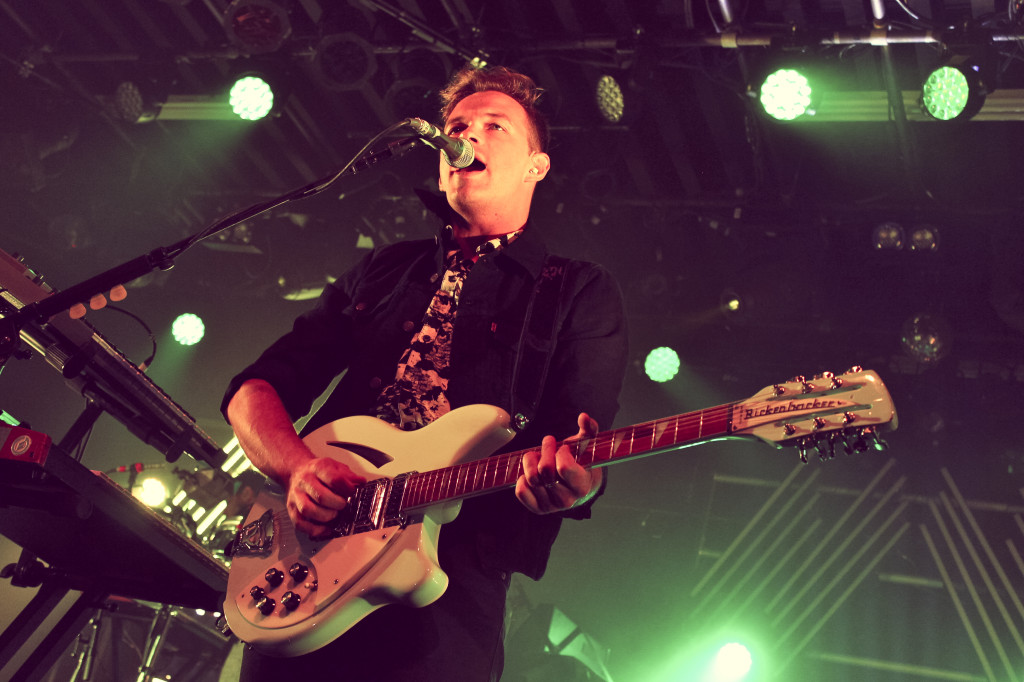 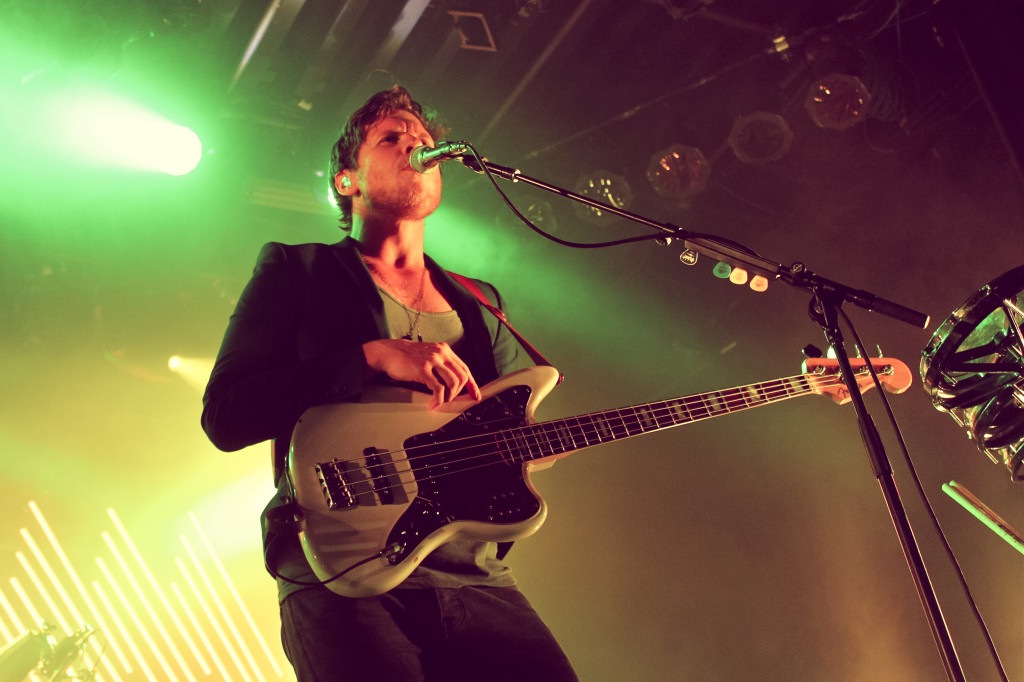 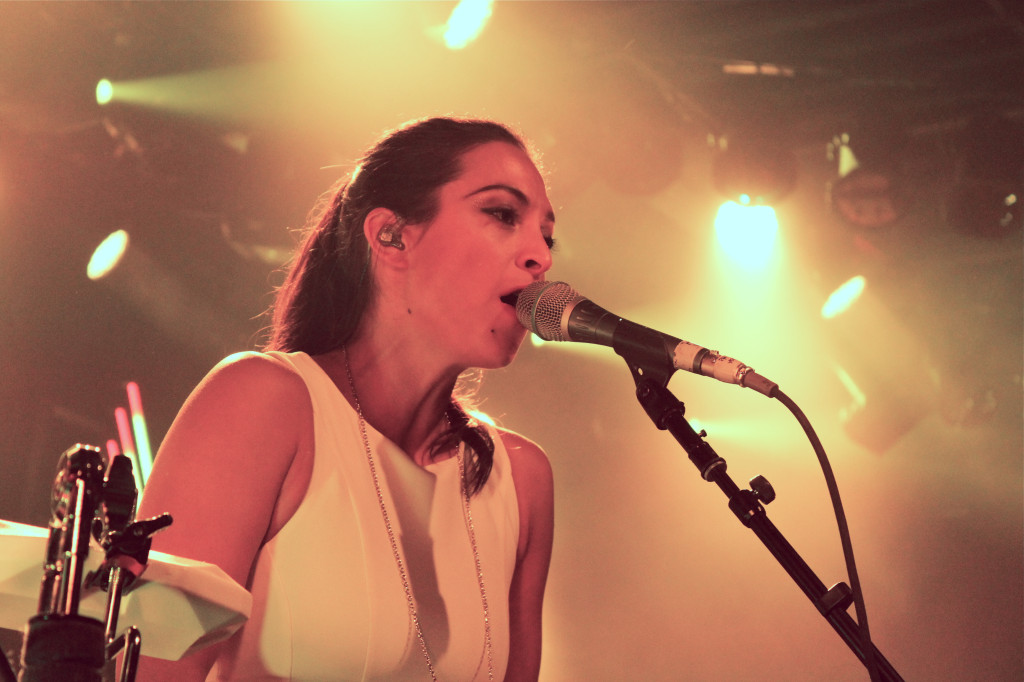