There is a reason Armin Van Buuren remains one of the world’s biggest DJ’s, even after being in the scene for almost a decade, and he proved it once again when his Armin Only: Intense tour landed at Pacific Coliseum on Saturday night.

From the very beginning of the set, as the lights first dimmed, and a giant white bubble descended on the stage, it was clear this wasn’t a usual Van Buuren set. The award-winning Dutch DJ began playing in the enclosed bubble before emerging a few songs into his set. But fans knew this would be a rare treat, this is the Armin Only show. No openers, no closers, it was a live show and a spontaneous DJ set that began at 8 p.m. and did not stop until 1 a.m.

The colourful crowd at the show, which was presented by Live Nation and Blueprint, consisted of fans of all ages, many with glow stick and neon clothing. Being a fan myself, and having seen Van Buuren three times previously including once in Las Vegas, this was the biggest EDM show production I’ve attended to date. Smoke machines, incredible visuals and lighting, and the stage set up combined to create a full on musical production. 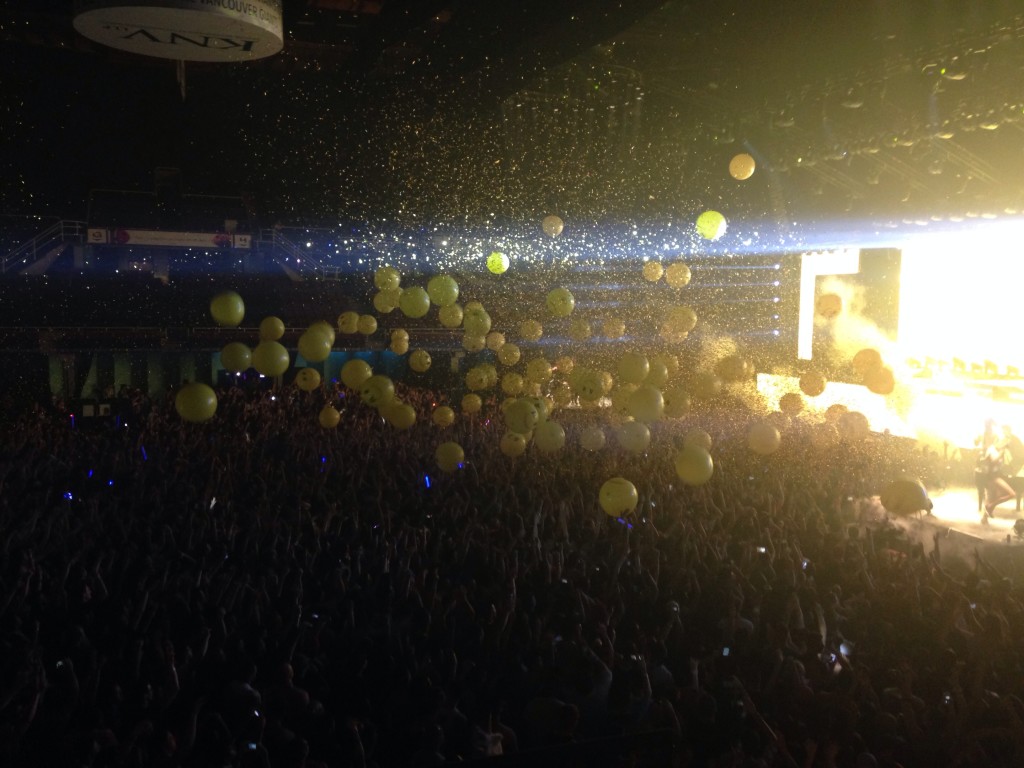 One of Van Buuren’s opening tunes was a brilliant mix of London Grammar’s Hey Now. To complete the visuals and production, Van Buuren had dancers and acrobats on trampolines for parts of the show. After emerging from the bubble, Van Buuren went on to play some older favourites such as Drowning, but also some newer ones like This is What it Feels Like where he was joined on stage by Vancouver’s own Trevor Guthrie. Van Buuren is travelling with a full band, and several singers. For his hit Alone, Lauren Evans gets on stage with her powerful vocals. Along with Evans, violinist Miri Ben-Ari, singer Fiora, Laura Jansen, Richard Bedford, and Van Buuren’s own brother, Eller, join him throughout the Intense tour.

Midway through the show, Van Buuren treats fans to Dash Berlin’s When the World Falls Apart, and Gareth Emery’s Concrete Angels. Bedford, along with an entire live band, were in full force for Love Never Came. Over the last hour, Van Buuren played more of his fan favourites from his five studio albums including Fine Without You, Not Giving up on Love, and In and Out of Love. During his track Ping Pong, large yellow beach balls with the initials “A O” dropped from the ceiling of the Coliseum, as fans played around with them before they all got snagged as memorabilia by some lucky ones. Van Buuren surprised fans by a remix of Kings of Leon’s Use Somebody, which created a loud sing-a-long throughout the venue. 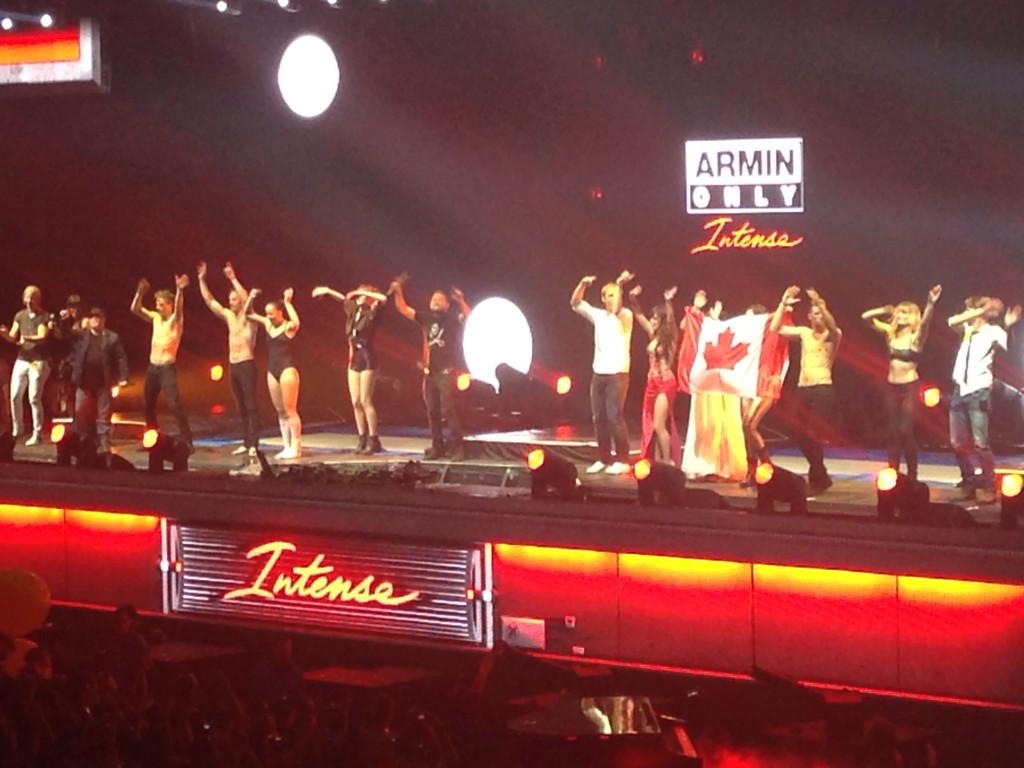 Van Buuren was extremely energetic throughout the night, impressive considering how long the set was. His entire show team joined him at the end, just like a theatrical production, and the crowd roared and clapped as they took a bow. Van Buuren thanked Vancouver, and left with his parting words, “Whatever you do, do it intense.”