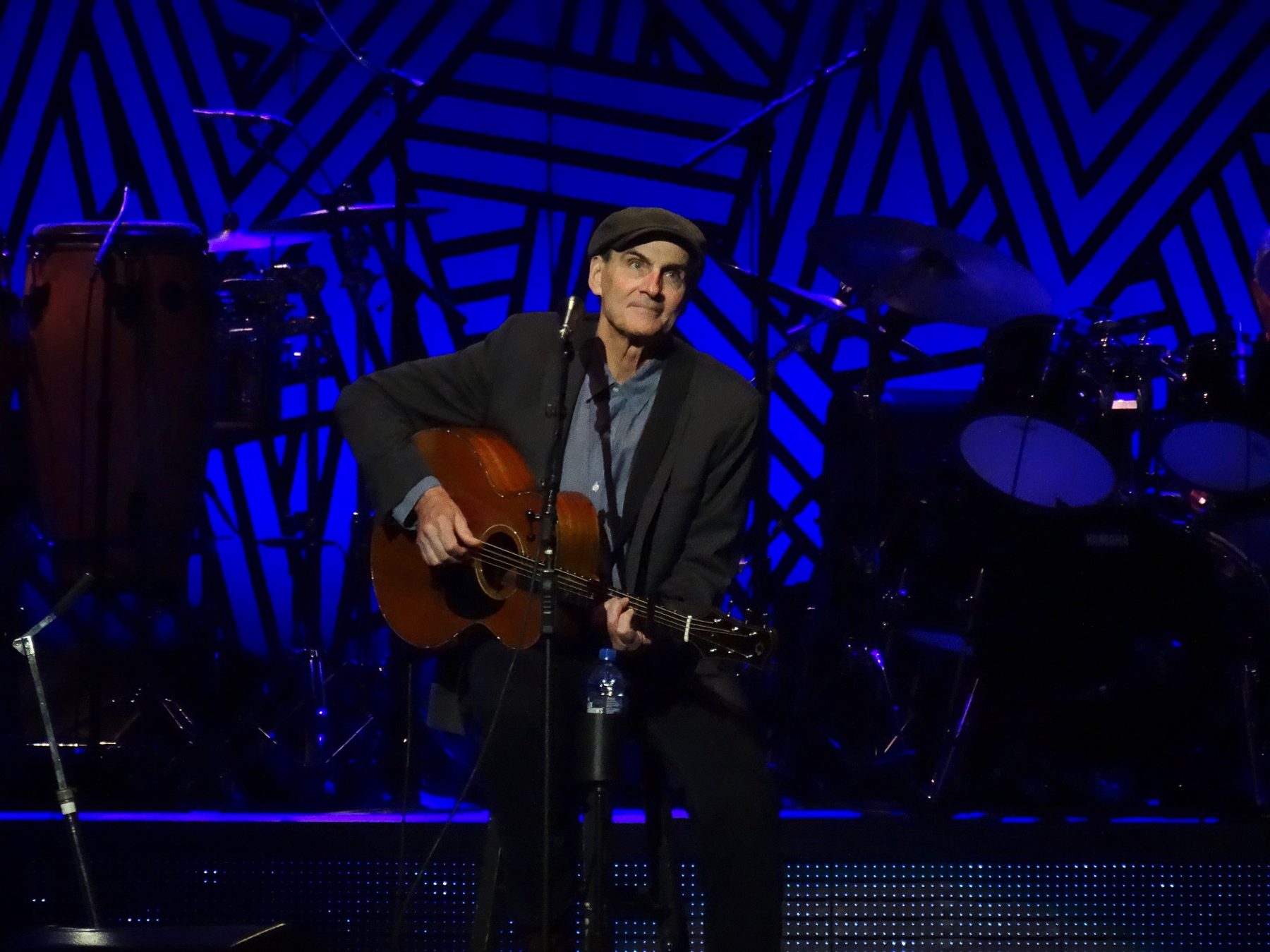 There’s been no shortage of rock & roll royalty blazing through Vancouver this year – The Who, Black Sabbath, and the two Pauls (McCartney & Simon) to name a few. So how sweet it was that James Taylor brought his All-Star Band and his catalogue of hits to Rogers Arena Saturday night, taking 6,000 of his fans on a trip down memory lane.

Taylor has sold more than 100 million albums over the course of his five decade-long career but hadn’t scored a Number One album until last year’s Before This World. He performed a handful of songs from the album including “Angels of Fenway” and “Today Today Today”, which he introduced as “Aujourd’hui Aujourd’hui Aujourd’hui”. “We learned in Montreal to make everything as bilingual as possible,” he told us.

Montreal was just one of 15 Canadian cities on Taylor’s current world tour, marking the first time he’s visited us in six years. The singer teased that his regular setlist would be tweaked (or “taylored”, if you will) to suit his Canadian fans, and he came through with the goods last night. He performed “SnowTime” while a giant Canadian flag appeared on a screen behind him, and sang 1991’s “The Frozen Man”, his song about the failed Arctic voyage of Sir John Franklin.

Taylor is one of music’s most prolific storytellers, so it was only fitting that he told the stories behind some of his most famous songs last night. He explained that he wrote “Carolina In My Mind” in 1968 while he was trying to land a deal with Apple Records in England. He ended up performing for Paul McCartney and George Harrison and the rest is history.

“I was so nervous. I was in another state entirely, (like) a chihuahua on methamphetamine,” Taylor says of his audition. “Somehow I got through it, and they liked it enough that they signed me. It was like walking through a door and the rest of my life was on the other side.” 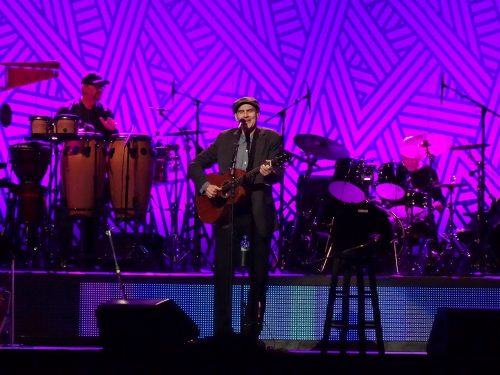 Saturday night’s concert was divided by an intermission, at which point Taylor told us to “talk amongst yourselves and check up on your correspondence.” He also warned us that more new songs were coming but they would be “strategically placed so you might even just miss them!” As an incentive for his fans to return after the break, Taylor peeled a large setlist from the stage floor and showed it to us, saying “it’s jam-packed with hit after hit”.

It should be noted that he spent most of the intermission shaking hands with fans in the first couple of rows and signing memorabilia. Class act, that guy.

After the break, Taylor returned with hits like “Shower the People” and “Steamroller”, a rollicking tune that killed with the fired up crowd. Less effective were the bizarre videos that played on the screens behind him during some of his most poignant songs. There was a montage of smiling faces during “Your Smiling Face”, footage of friendly-looking people during “You’ve Got A Friend”, and worst of all, shots of a waitress serving up a tray of nachos during “Mexico”.

Taylor was backed all night by an incredible 10-piece band, the members of which are all superstars in their own right: Cuban percussionist Luis Conte has toured with Madonna, and saxophone player Lou Marini was a member of the famed Blues Brothers band. Early in the evening, Taylor declared that his band is “the best in the world” and he was gracious enough to plug albums released by some of its members.

But despite being backed by an amazing ensemble of musicians (and those weird videos), Taylor was the one doing the heavy lifting last night. 68 is retirement age for anyone that’s not a rock and roll star, and the original JT is showing no signs of slowing down. His voice sounded just as strong on songs like “Fire and Rain” and “Sweet Baby James” as it did when he recorded them in 1970, and he played his heart out for two and a half hours without missing a beat. 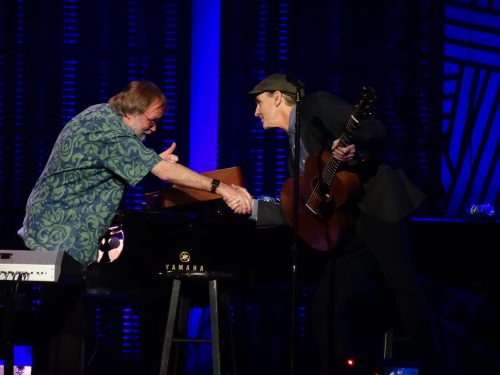 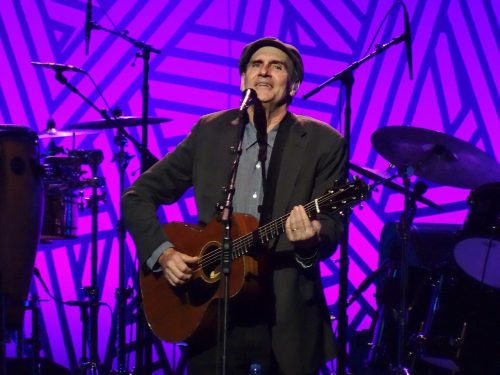 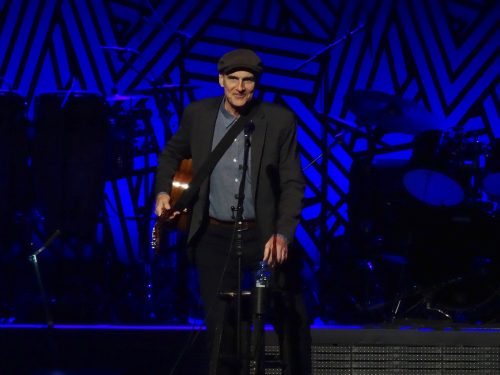