EXO is one of the biggest Korean pop groups in the world right now with their enthusiastic fanbase spreading far across Asia and North America. Currently with nine members, EXO is a Chinese-South Korean boy group that was first created with 12 members back in 2012 by S.M. Entertainment; the same company that produced and currently manages other K-pop powerhouses such as Girls Generation, BoA, TVXQ and Super Junior. 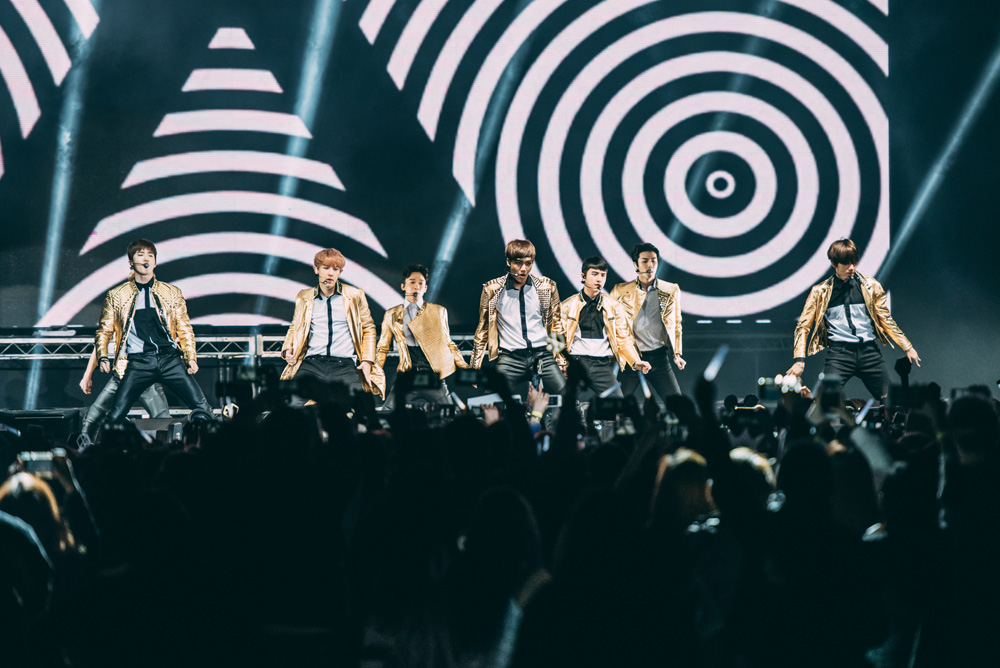 Approaching the venue, it’s already very apparent the amount of support EXO has in our city. The line up to enter the venue was an all ages crowd that was probably at least 95% young girls. Thrown into a frenzy at the thought of seeing their beloved K-pop idols in person, the girls communicate with each other using massive smiles, squeals, and the frantic waving of their arms.

As the lights dim in the stadium signifying the start of the show, a high pitched roar rises from the audience as fans turned on their EXO branded light sticks and screamed at the top of their lungs. The boys step onto the stage and greet their audience with an audible, “Vancouver!” After giving the crowd a chance to catch their breath, the band seamlessly begins to perform their hit single, “Overdose,” with the upmost precision. 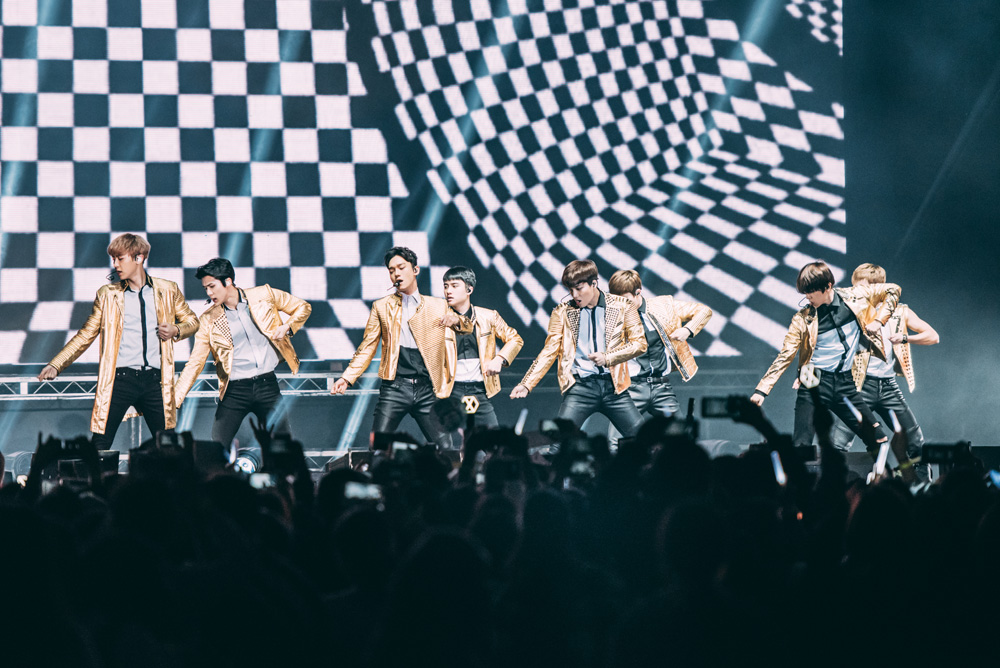 Apparently, this was the first show from EXO’s North American tour dates where, arguably the group’s best dancer, Kai was able to join in the performance due to visa issues. The crowd continued to lose their minds as the boys sang and executed their perfectly choreographed dances.

The show touched on most of the band’s expansive catalogue with impressive pyrotechnic accents while breaking only for quick costume changes and two video montages. Many times during the performance, the boys had to beg their fans standing on the floor to please take a few steps back and to not push towards the front ensuring their safety. Some fans from the floor even had to be evacuated from the show due to mild injuries. 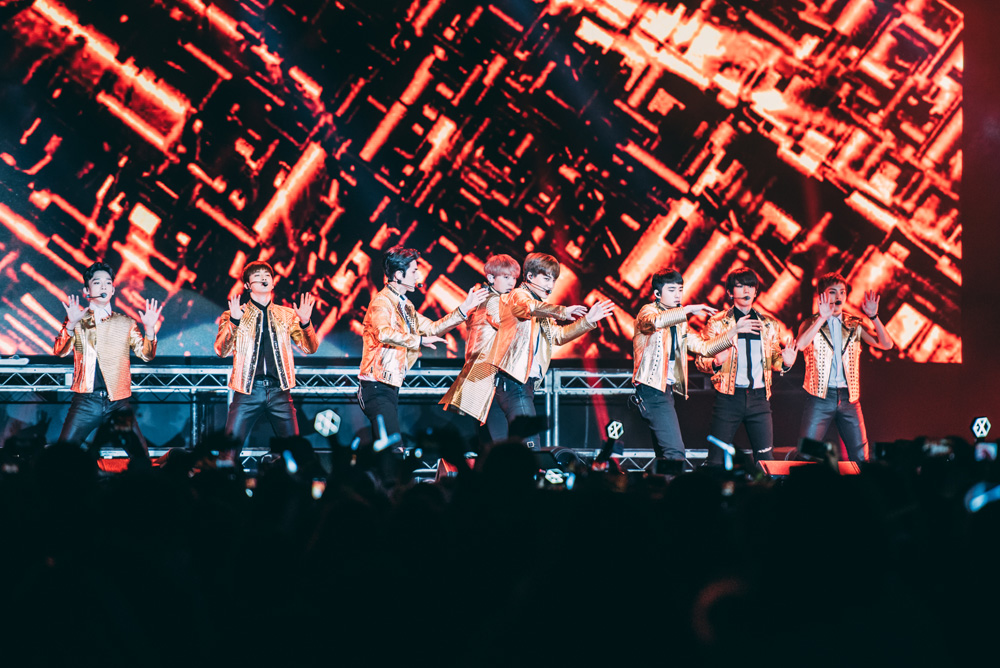 Closing out the show on a high note, EXO performed their most popular singles “Love Me Right” and “Call Me Baby,” the second of which being the first and only K-pop track to enter the Canadian Hot 100 Billboard chart.

Check out some more photos from the memorable night below. 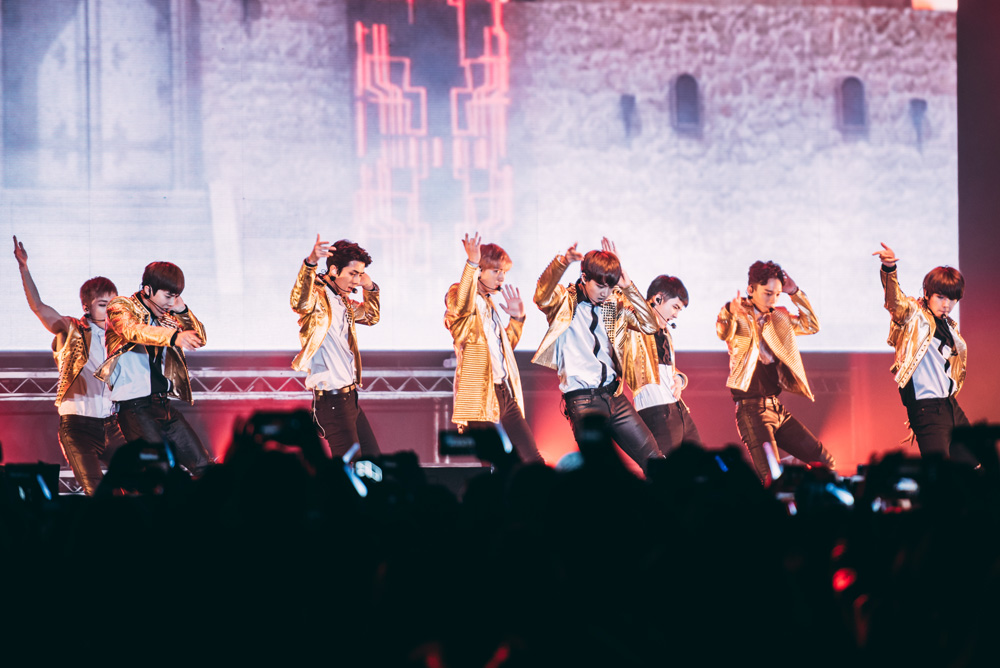 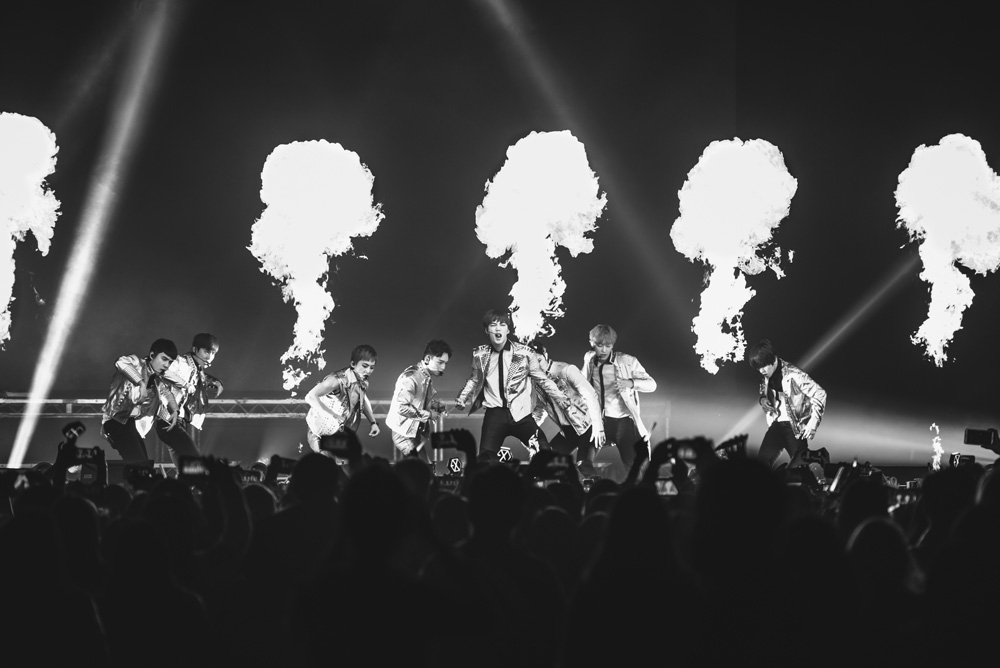 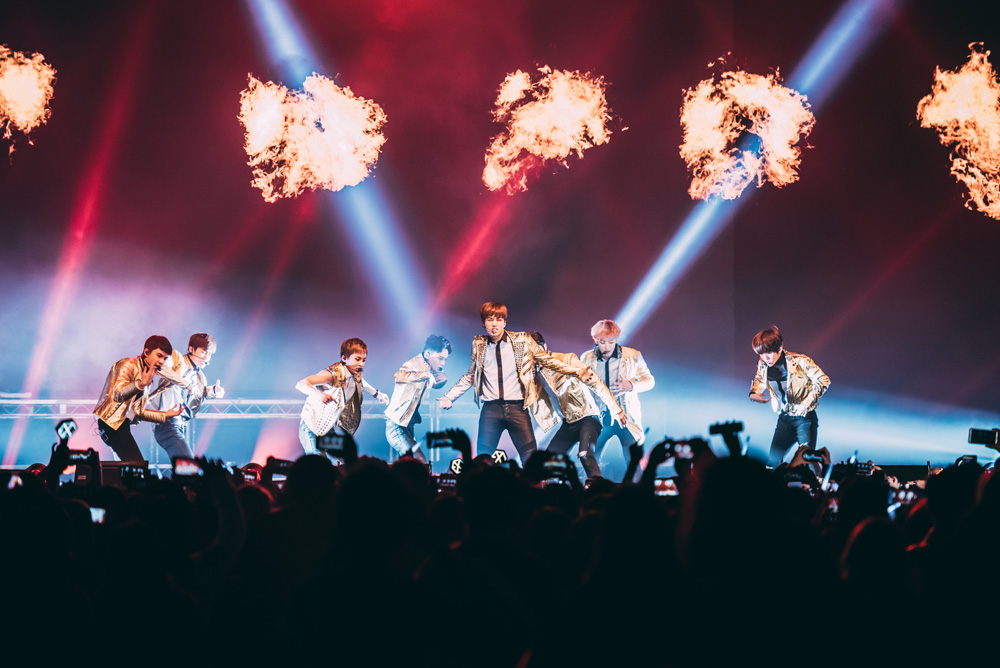 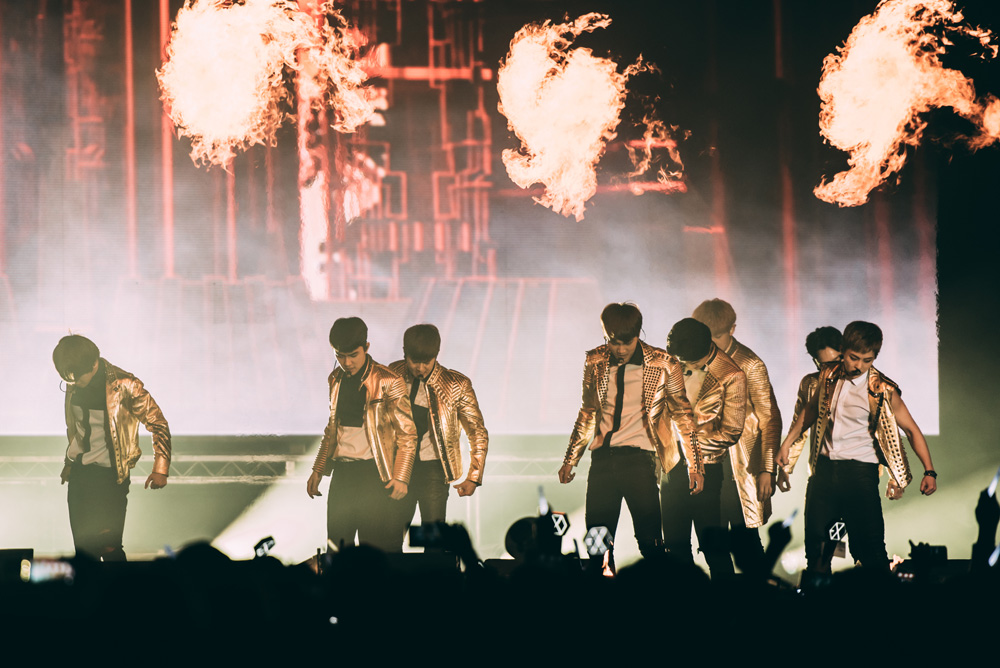 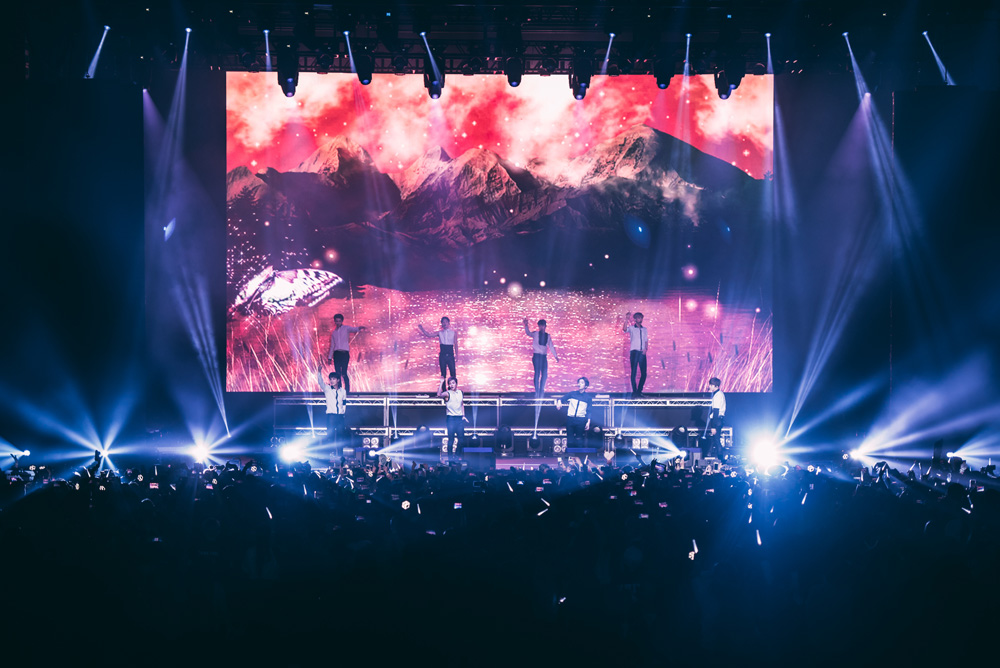 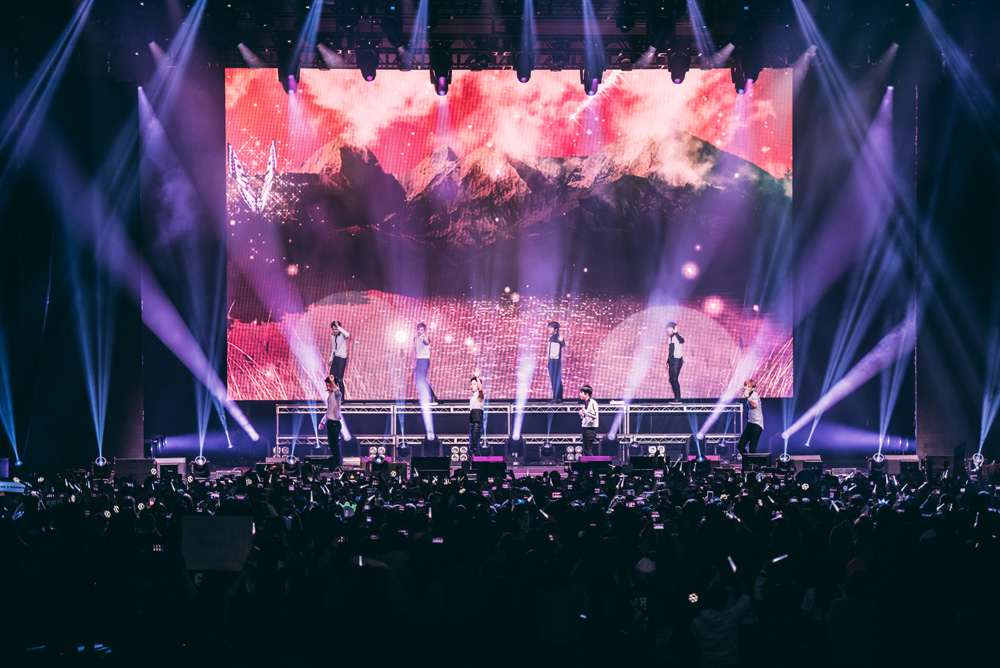 EXO PLANET #2 – The EXO’luXion performed at Thunderbird Arena on February 12.