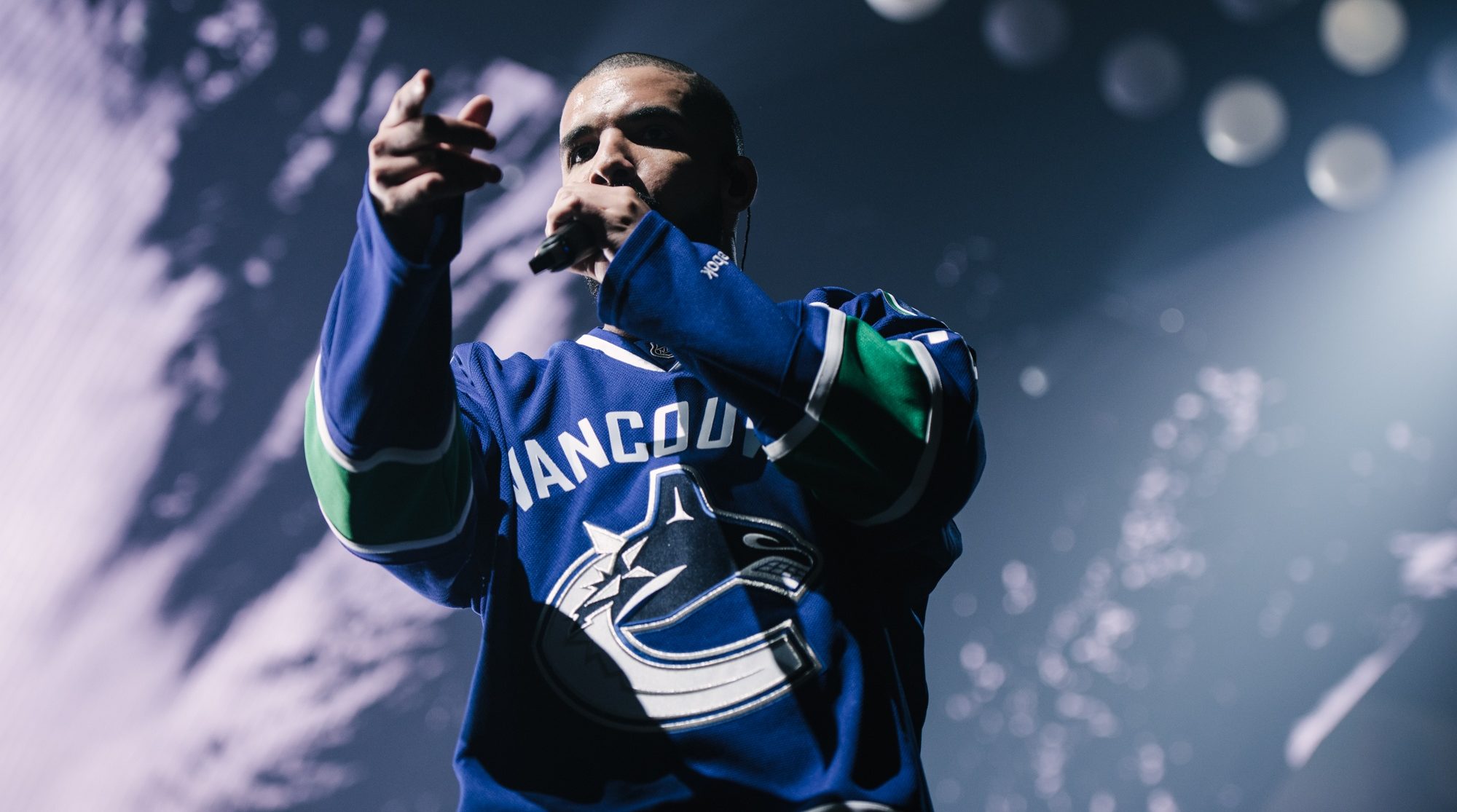 An anxious sold-out crowd filled Rogers Arena on Saturday night, not knowing what or who to expect at the first of two Drake concerts in Vancouver this weekend.

With the tickets having gone on sale – and selling out – back in April, fans have been waiting months for Toronto’s Aubrey Graham (aka Drake). But the wait was finally over.

Among the smoke and fireworks, Drake began his two-hour set with an energetic performance of “Summer Sixteen.” The crowd was going crazy over the 6ix God’s jersey of choice that evening, Henrik Sedin’s Vancouver Canucks jersey. In the jersey, he continued to get the crowd riled up with “Still Here” followed by his 2013 hit “Started from the Bottom.”

The jersey didn’t last long on the rapper – who has clearly been working out while on tour. Drake took it off, and threw it into the crowd. “I will let you know something,” Drake said, in the first of many fan interactions he would have. “I’ve been on the road for 40-50 days, and I’ve been waiting to come back to Canada.” He then brought out a Canada flag, which he wrapped around him. “I’m here to give you the best night, the best show, the best party, the best night of your life.” And so he did. 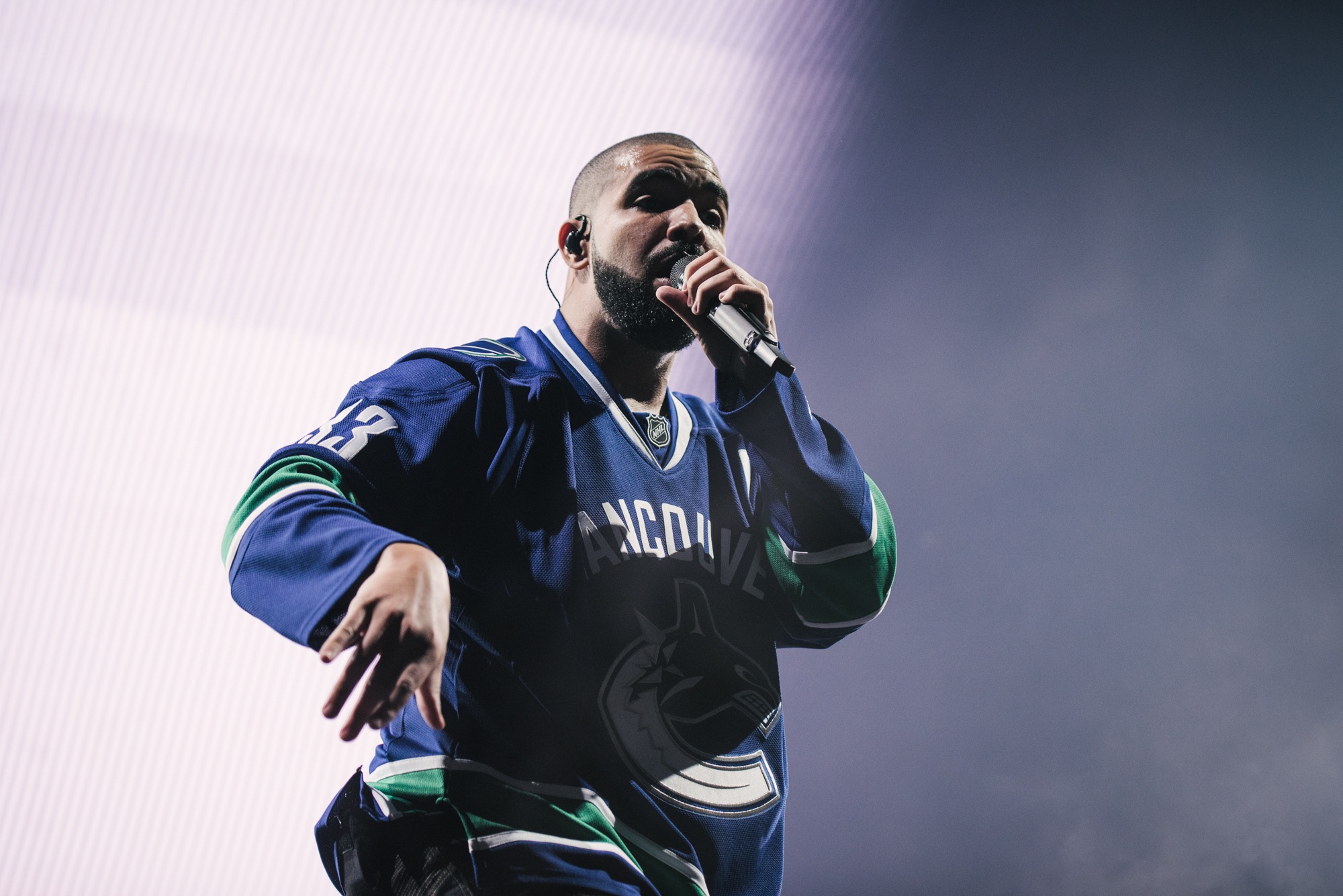 In every track he could, he added Vancouver to his lyrics. In fan favourite “Feel No Ways,” he flirted with the city and sang, “Because you know in Vancouver girls make me feel a way.” The ladies – and many men – in the crowd swooned, as Drake continued on to “Headlines.”

The fireworks were a regular occurrence, and the Arena heated up quickly as it turned into one giant dance floor. Drake’s crowd interaction gets top marks, he was charming and extremely charismatic. It didn’t matter how many days on the road, or how many shows he had performed up to this night, Drake was present in the moment and the show was all about Vancouver. 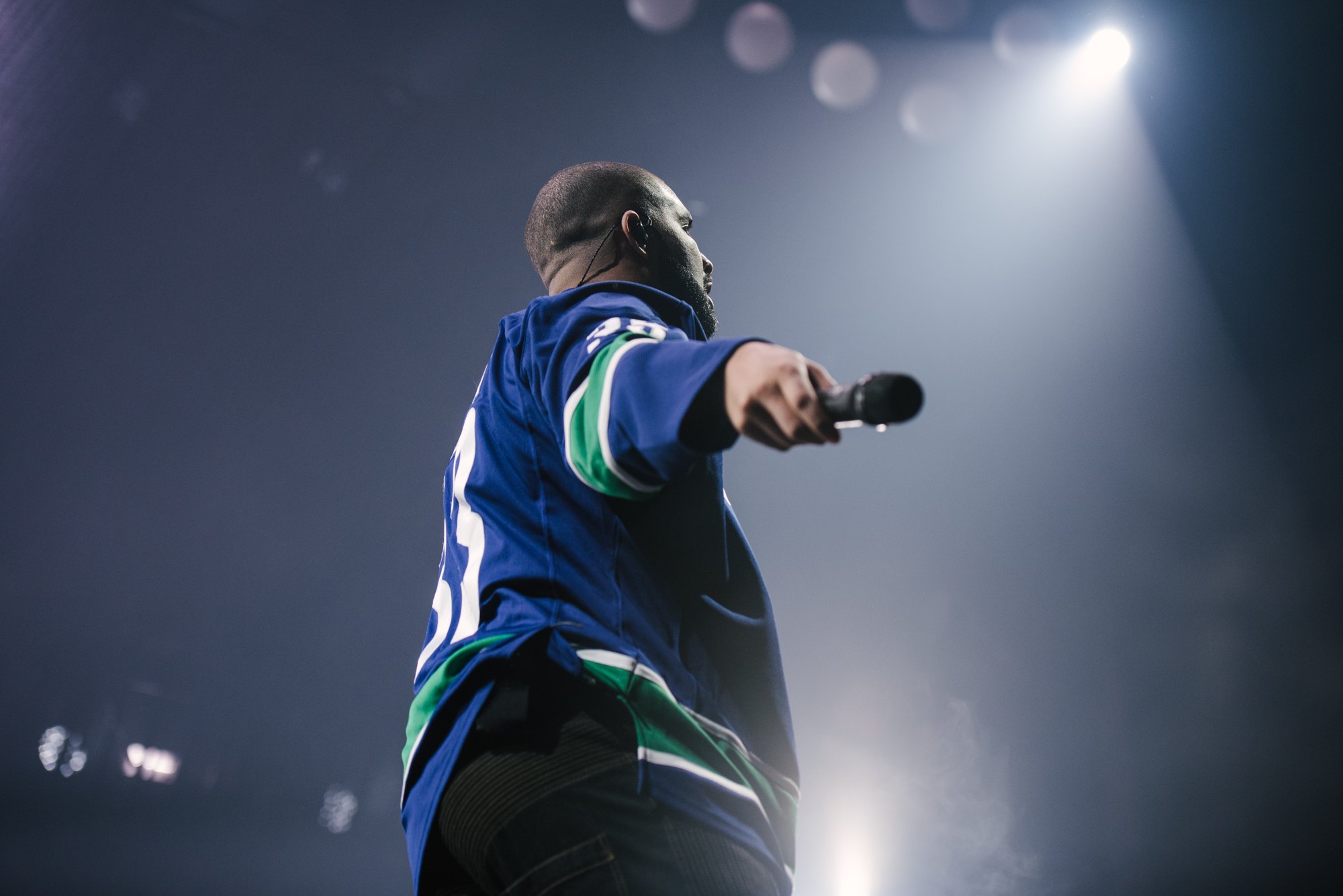 Because he has so many hit singles, Drake effortlessly combined tracks in order to cover them all. But of course, it was “Hotline Bling” that got a lot of love, as the Arena turned pink and glowing balloons dropped from the roof. Drake keeps the love vibes going, as he starts “Hold On, We’re Going Home.”

“I need a Vancity girl to take me home,” he sang. And we just sat there. Waiting.

But our hearts didn’t break for too long. Drake took a shot of whiskey (presumably his fave, Virginia Black), and said this isn’t an Adele show (thank the 6ix God), and got turned up with “The Motto.” Mid show he covered Migos’ “Versace” and sang his bit in Fetty Wap’s “My Way.” A massive “6” was displayed above Drake, before Future joined him on stage for “Grammy.” 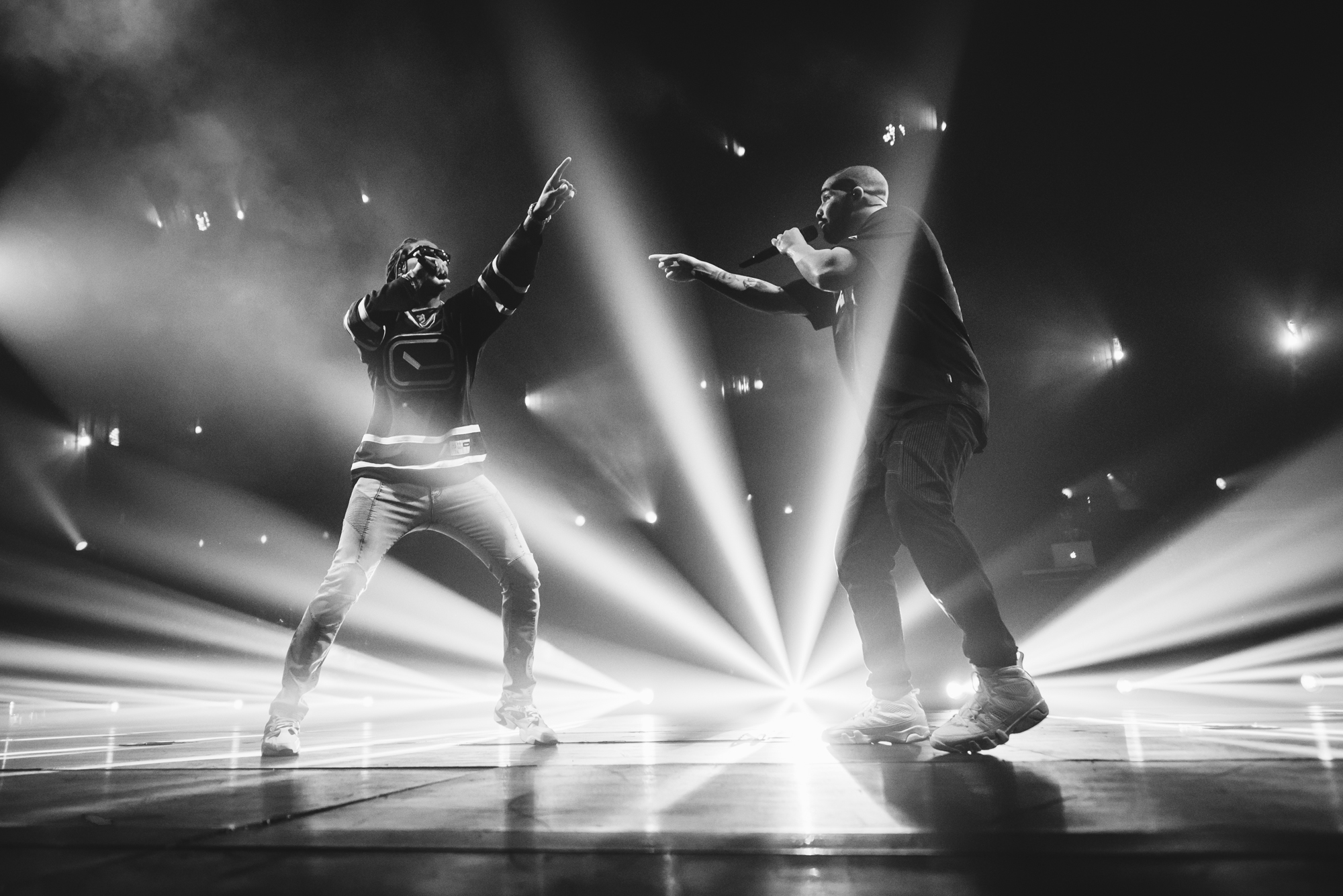 Future, also in a Canucks jersey, seemed almost underwhelming after watching Drake. As Drake exited the stage, Future and his hypeman tried to keep the crowd’s momentum going. But it seemed some fans took this as time to sit down, or grab more beers before Drake was back on stage. Nonetheless, Future performed his tacks “Blasé” and “F*ck up some Commas.”

Drake finally joins back for “Big Rings” and “Jumpman.” Both Drake and Future gush over their love for Vancouver, before Future exits the stage. Drake then called Vancouver “One of the most beautiful cities in the world.” And so, even though we got no special guests, no Riri, we were still happy with the Drake only renditions of “Work,” and “Too Good.”

The hit singles continued with “Controlla” and “One Dance,” when Drake mentioned he’s over curfew at the Arena. But it’s Drake, he can do what he wants and even sing about it. In “Know Yourself,” he changed the lyrics to appropriately say “Vancouver so turned up I’ll take a fine for that.” 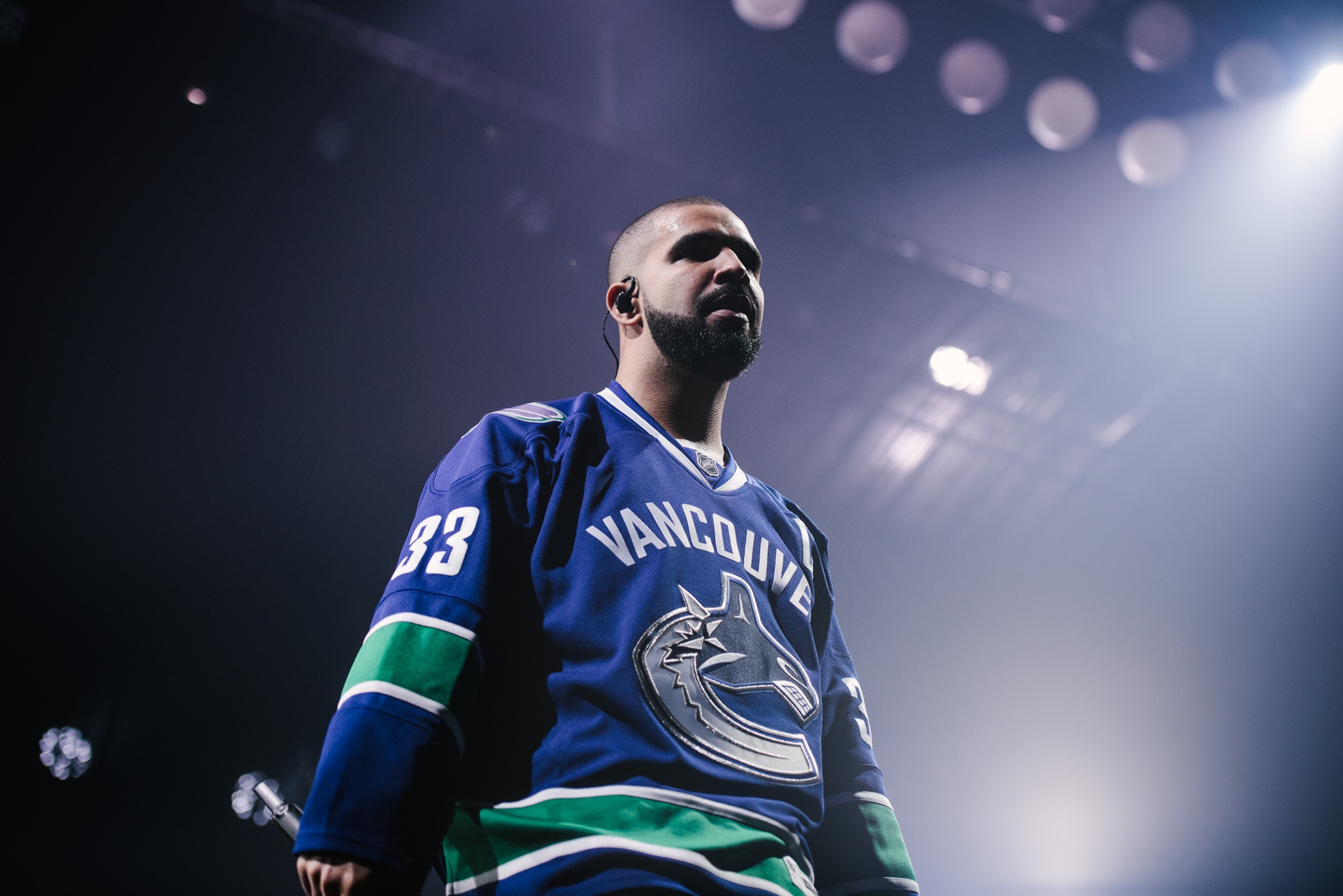 And as the show came to a conclusion, Drake displayed his Canadian side once more. “Here I am in Rogers Arena, seeing people from all places and all races showing love. That’s what Canada’s always been about, and will always be about,” he said. “My name is Drake, this is the Summer Sixteen Tour. Vancouver, I love you, get home safe.”

He truly is a Canadian Legend.

Drake returns to Rogers Arena for his second sold-out show on Sunday night. 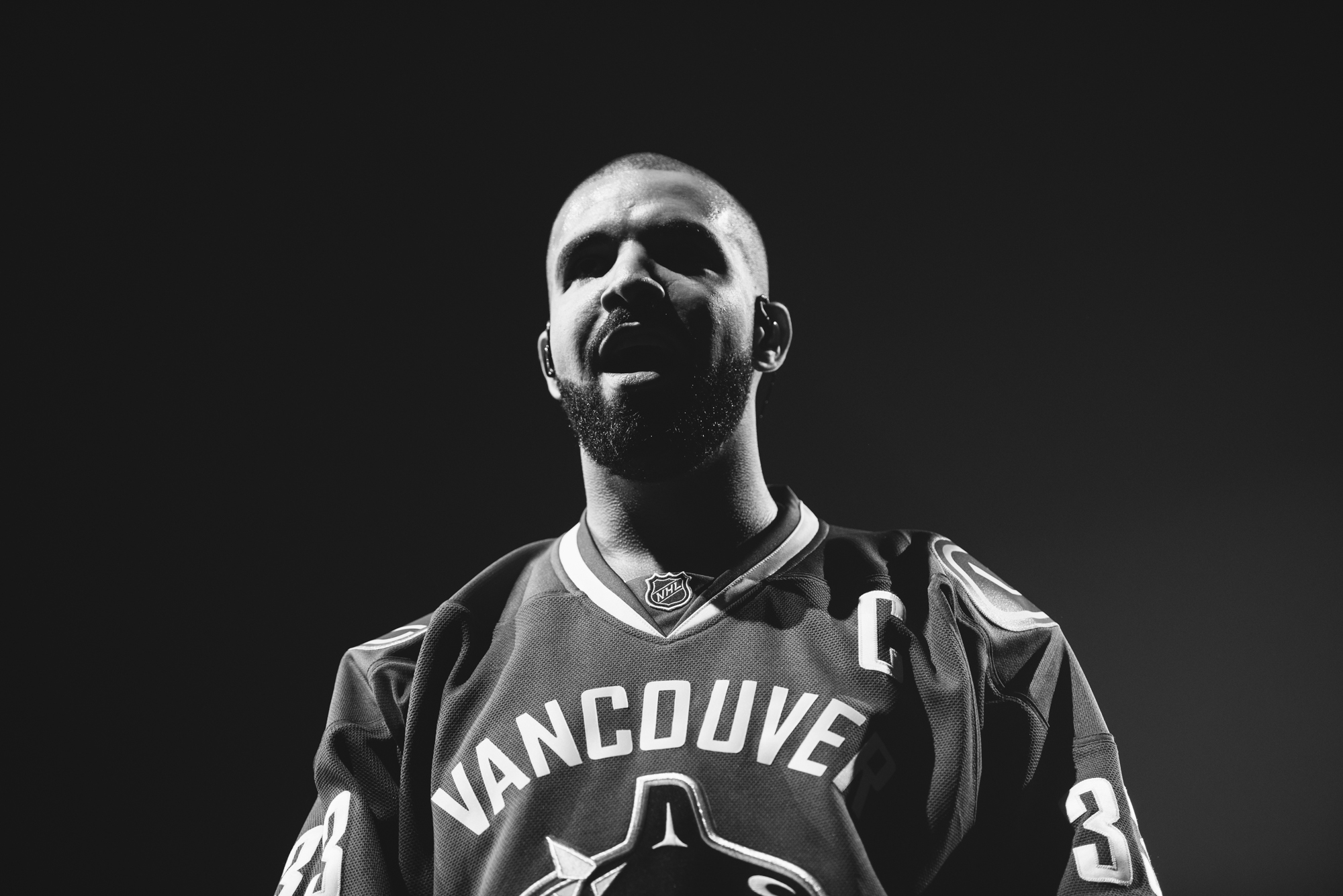 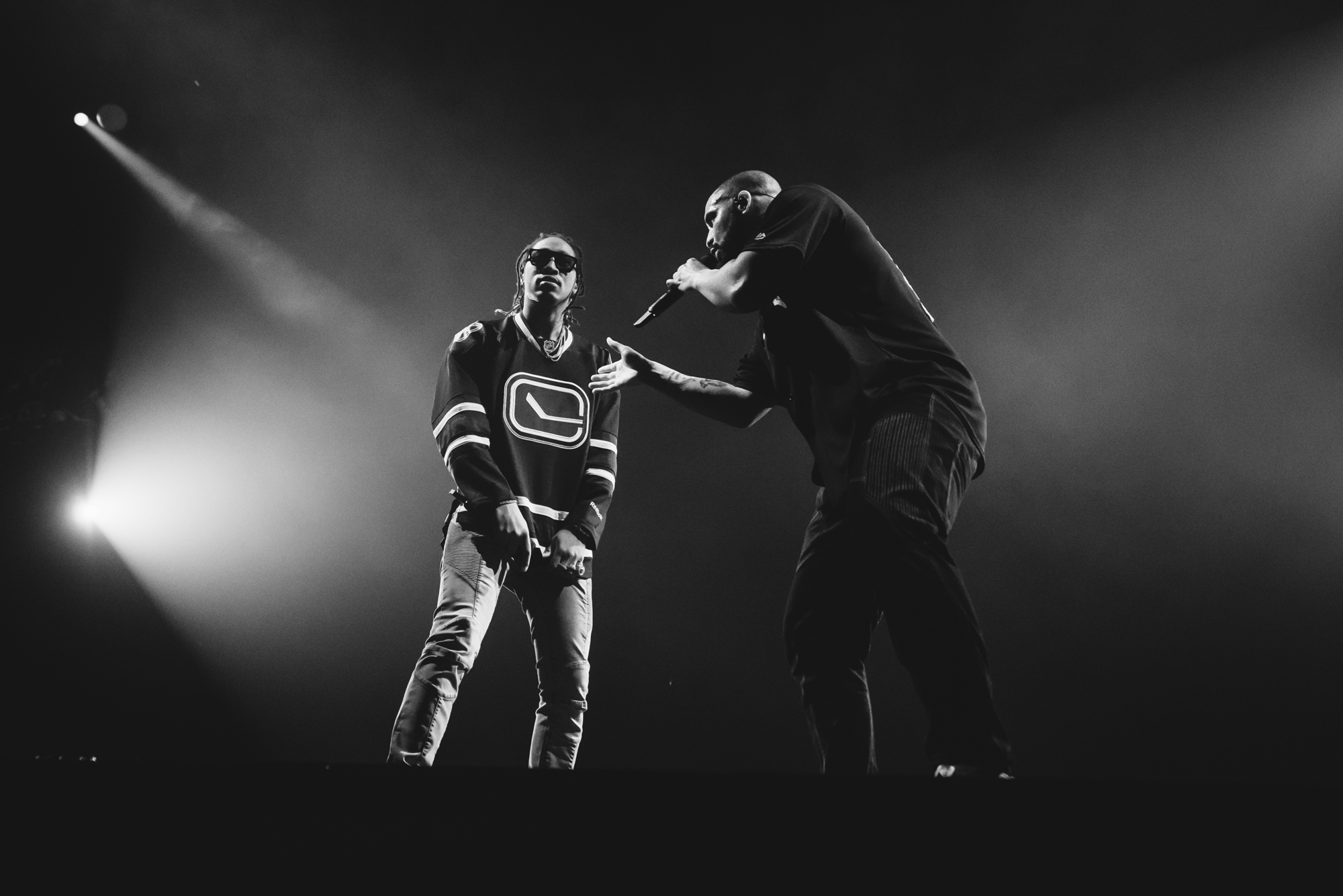 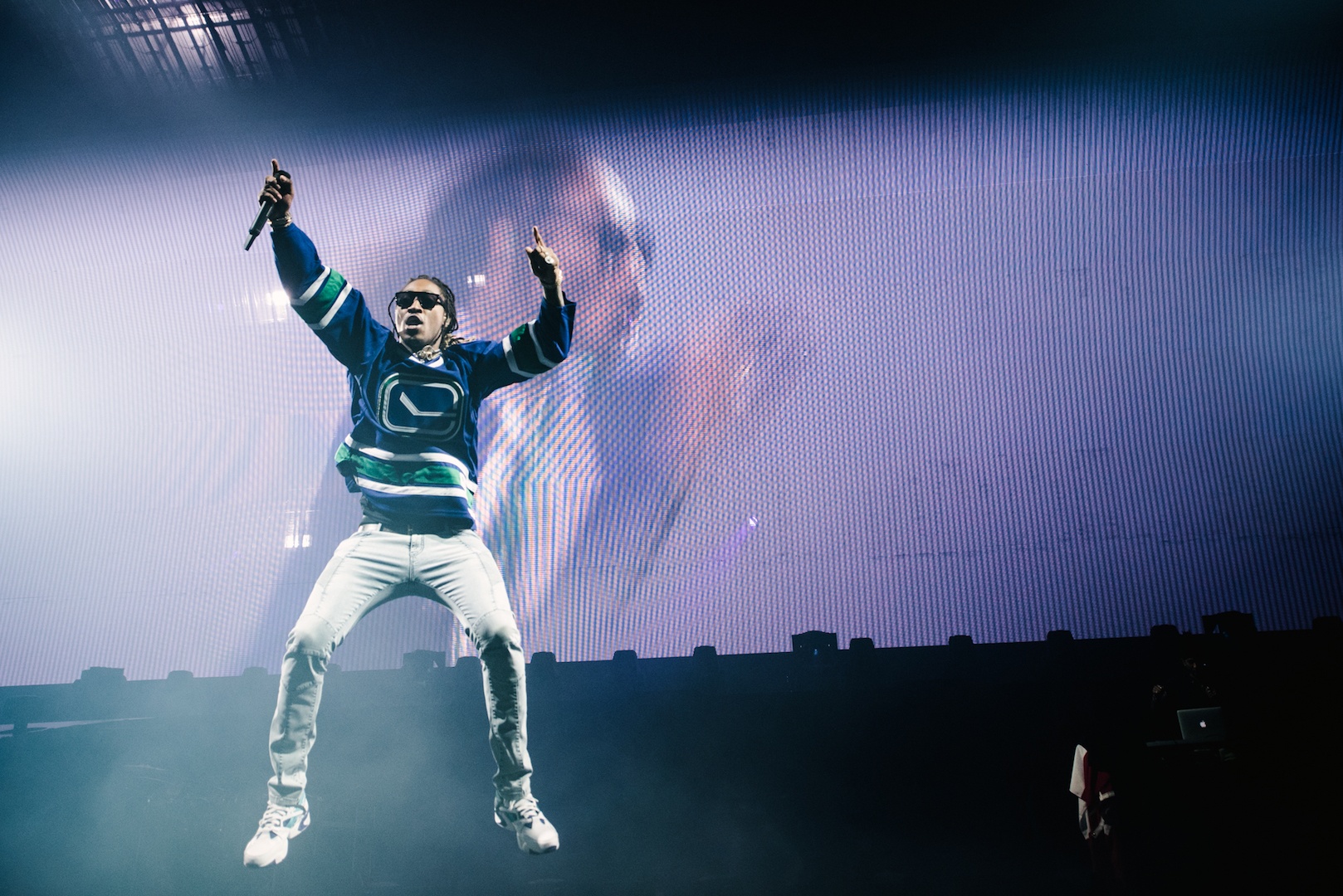 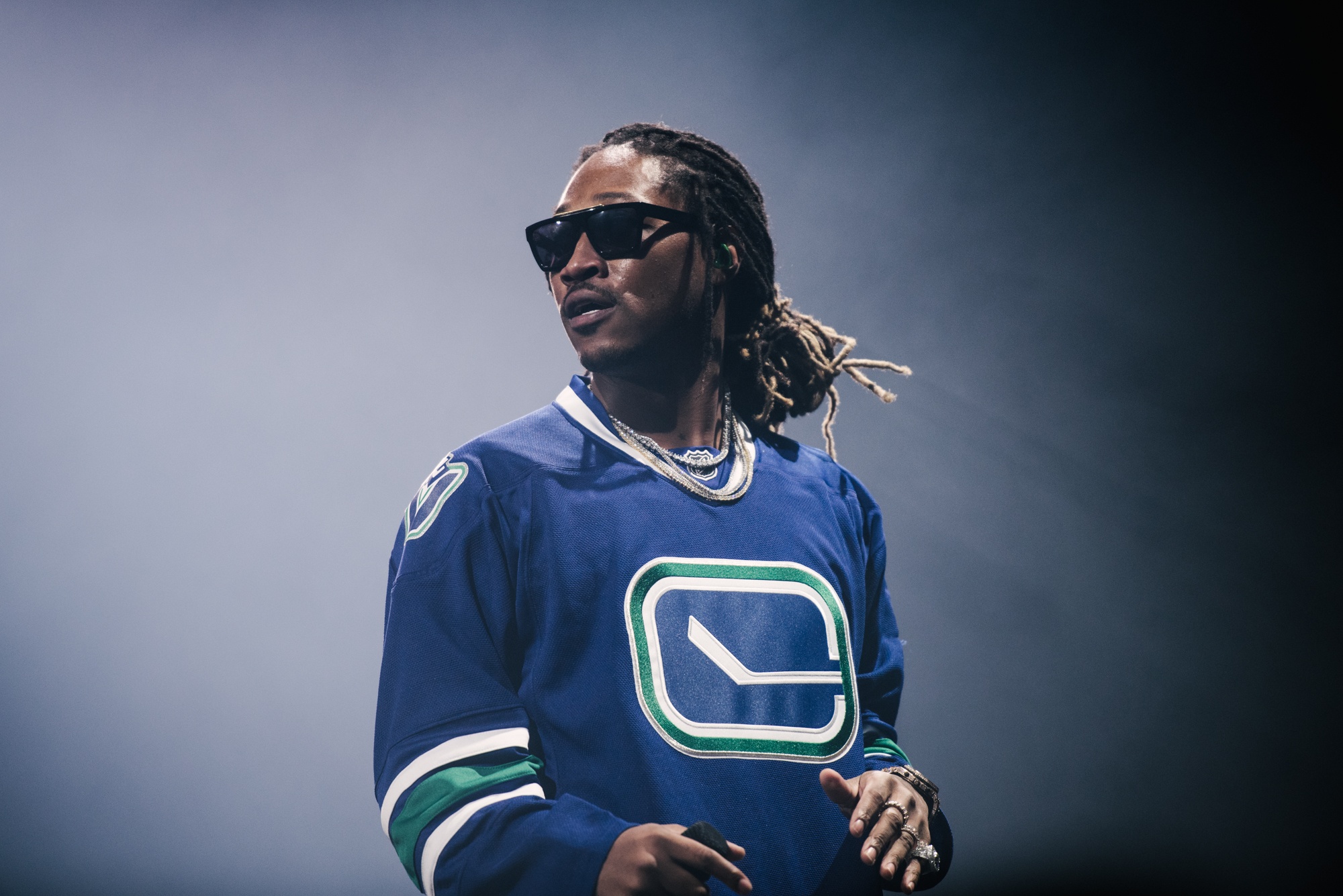 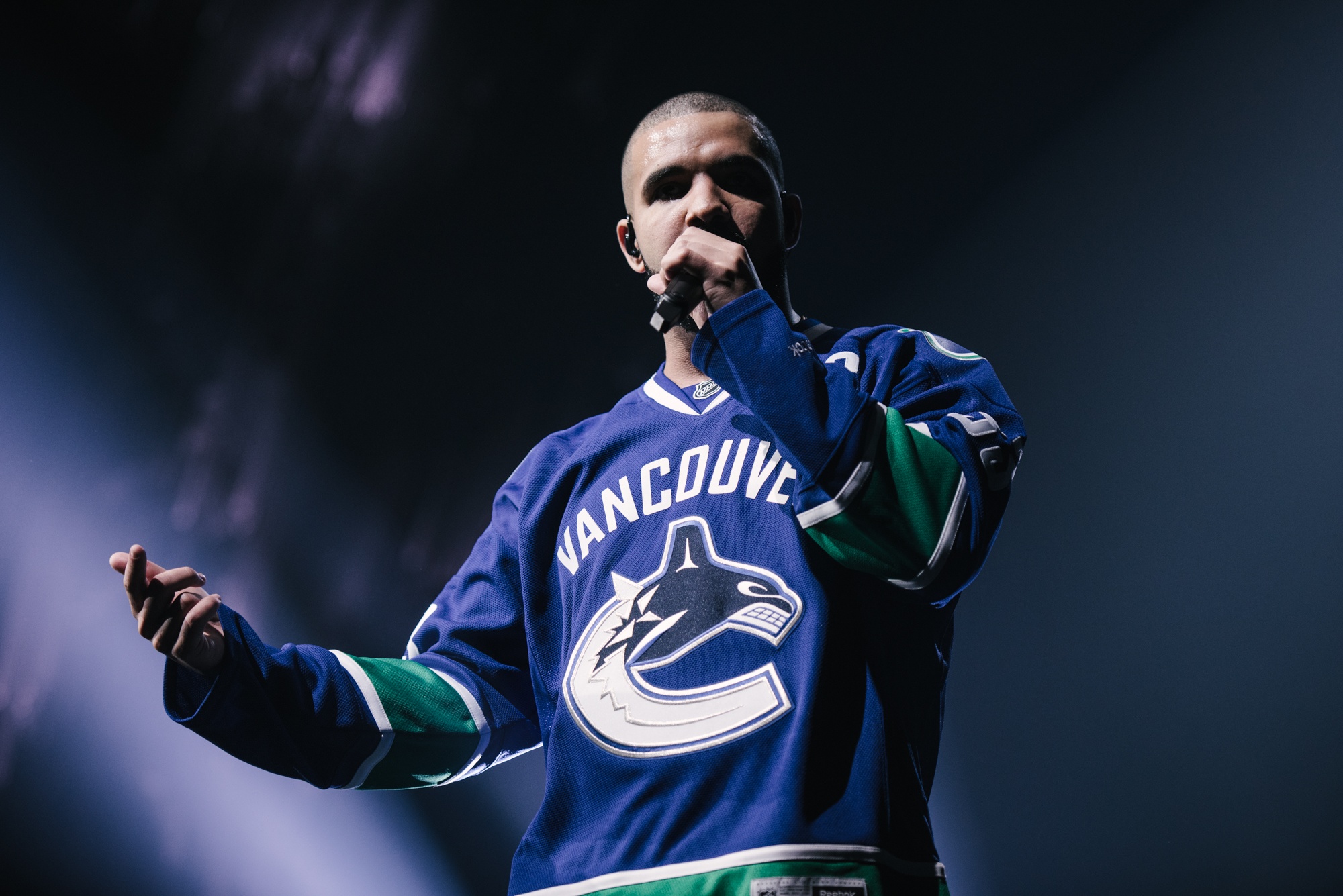 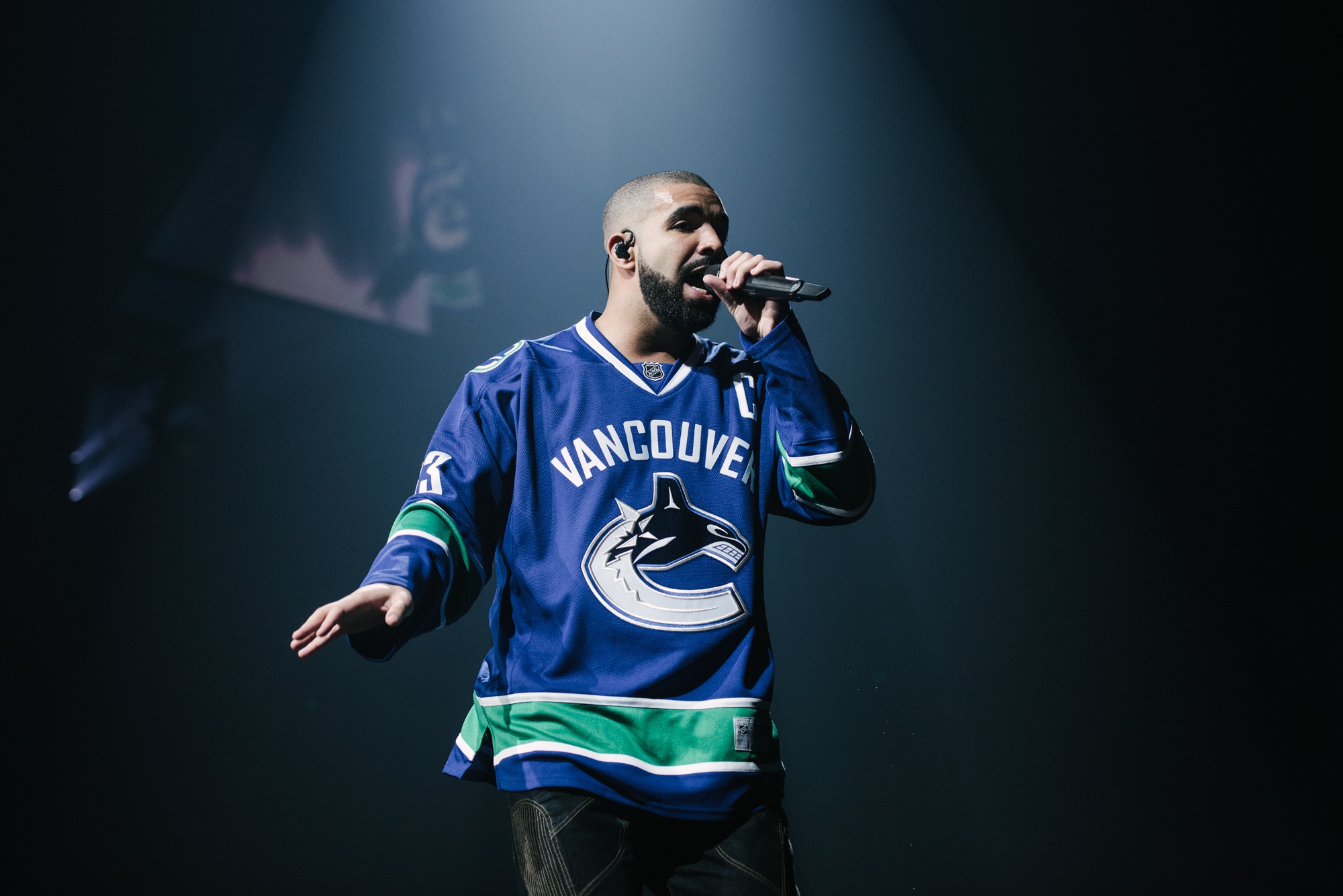