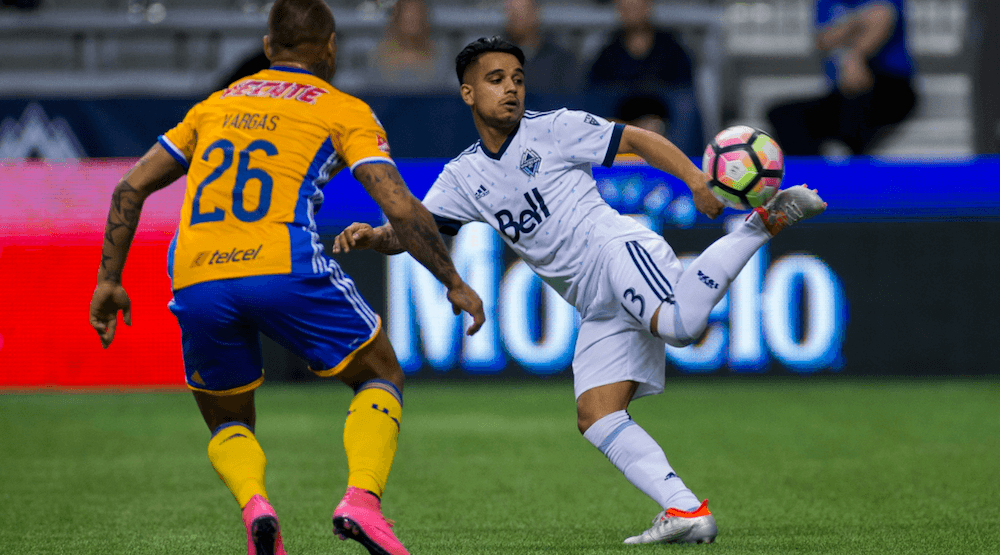 The final chapter of Vancouver Whitecaps FC’s run in the CONCACAF Champions League came to an end on Wednesday, as Mexican side Tigres UANL beat the MLS side 2-1 at BC Place.

But despite this, the CONCACAF Champions League left me, and I believe many others, a bit underwhelmed.

Had the Whitecaps got past Tigres on aggregate on Wednesday, it would have been the biggest victory in club history.

“There’s nothing to be ashamed of in that locker room there,” Whitecaps FC head coach Carl Robinson said in his post-match media conference. “This two-year journey, we’ve never been in this territory before. We’ve gone toe-to-toe, and we’ve just come up a little bit short.”

Indeed, the Whitecaps have nothing to be ashamed of. They were beaten by a superior team. As it was, the Whitecaps were one of just four teams left in the entire region competing for the CONCACAF title.

So why wasn’t it a bigger deal?

Announced attendance at Wednesday’s match was just 16,258. That number was surely affected by the first leg, where Tigres dominated play en route to a 2-0 win.

But Vancouver hosted the second leg of the quarter-final against New York last month as well, after a 0-0 draw in the first leg. Attendance for that match was a disappointing 14,183.

Reasons for the low numbers – significantly lower than the average turnout for MLS league matches – are wide ranging. Perhaps it was the ticket prices, the mid-week games, or the time of year.

Or maybe, it was a simple case of fans being confused about the entire competition. In many ways, it’s hard to blame them.

For the North American sports fan, the CONCACAF Champions League is a bizarre experience. Particularly so from an MLS perspective.

First, the fact that the Whitecaps – a non-playoff team in MLS last season – could be part of the final-four in CONCACAF is perplexing. How can they beat one of the four best teams in the region if they weren’t even top-six in their conference last season?

Second, the fact that getting to this point spanned three seasons (nearly two calendar years) is hard to get your head around.

Vancouver eventually squeaked by Edmonton and beat Montreal for their first Canadian Championship, which was a big deal for players and supporters alike. Who could forget Pa-Modou Kah celebrating on a hoverboard after beating Montreal at home?

But the reward of participating in the CONCACAF Champions League in 2016-17 as in many ways, is not a reward at all.

Robinson’s team was forced into playing a number of extra games last season and early on this year, which surely had to affect the team’s play. In less than two months in 2016, the Whitecaps jammed four extra CCL matches into their already busy schedule. They even had to travel to Trinidad for a match, logging more miles on top of an already demanding travel schedule that all Vancouver teams have to face.

Instead of getting a full week off to face opponents as they usually do, they had four days or fewer between matches on seven occasions in a two-month stretch. Is it any wonder that the club went 1-7-2 in MLS action over that period? That contributed to sinking their MLS season, and for what?

Participation in Champions League puts an unnecessary strain on MLS teams for a tournament that realistically, they have very little chance at winning anyway (a team from Mexico will win the CCL for the 12th time in a row this year).

The CCL put the Whitecaps at a competitive disadvantage last year, and has this season as well. Combine that with the risk of injury – Vancouver lost Brek Shea early in the match – and it seems like lunacy for teams to willingly subject themselves to this competition.