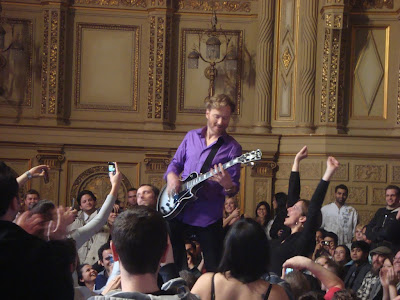 Last night comic genius, Conan O’Brien blew the roof off the Orpheum, the show was hailed by many Team Coco fans as the best show they have seen, ever! I don’t know if he beats Chris Rock, but the two are difficult to compare. Unfortunately, I was unable to attend and just before I was heading out the door I got a tweet from Susan Gittins (follow her twitter.com/susangittins) with a link to this image. At that point I really felt like I was missing out. So for those that missed the show here are a few snapshots. Oh and apparently Coco is a fan of the Canucks, see video below. 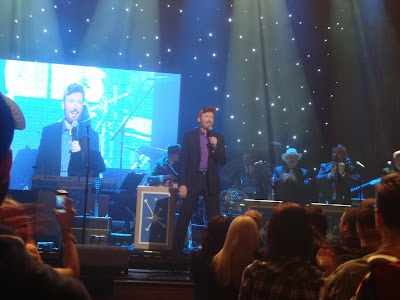 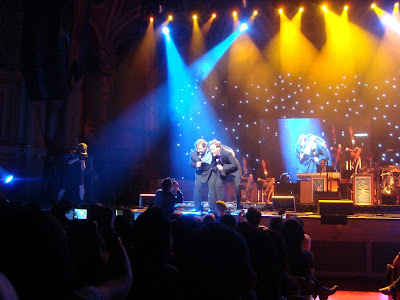 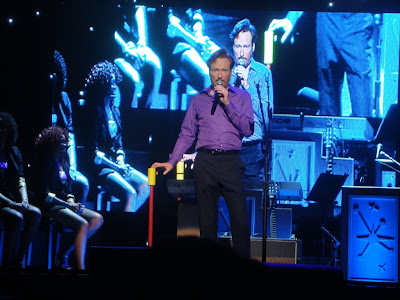 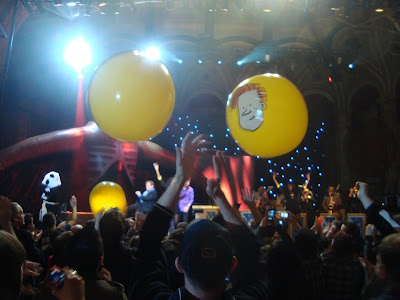 As the night ended it looks like everyone had a great time, including the self gratifying panda. Man I really wish I had tickets to this. He threw in a lot of local jokes, which is always appreciated. One more show tonight, same place, same time.

Is it just me or does the cartoonish image of Conan look like the ginger cousin of that Fido Dido 7up dude?

All images by Susan Gittins. Check out her Flickr Stream you won’t be disappointed.