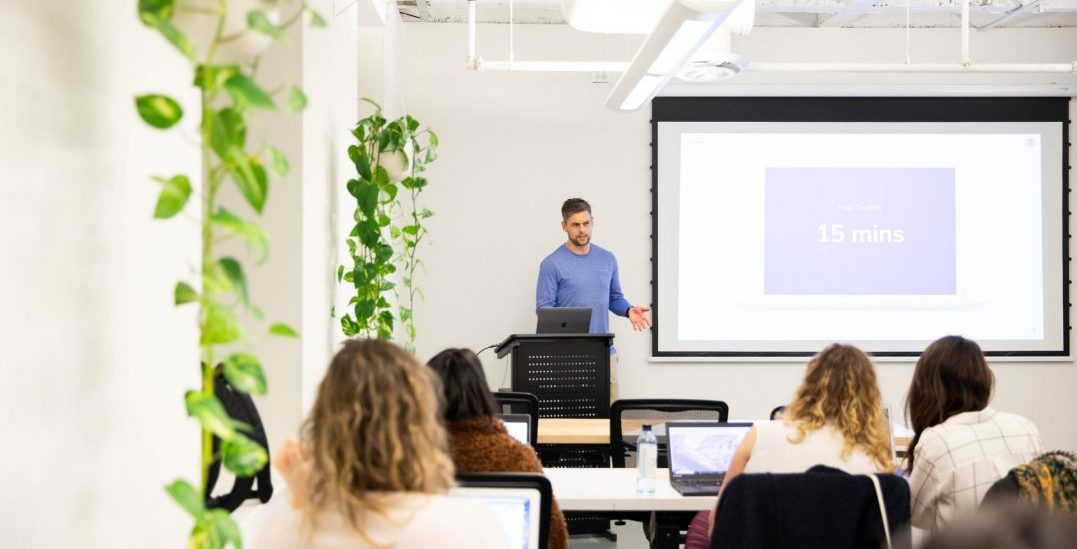 Vancouver is practically covered in trendy yoga studios, which made walking past the rundown studio that sat on 455 Granville Street a bizarre experience for downtown commuters.

That is, until 2014, when BrainStation took over the building with the mission of transforming a yoga studio into a modern, 20,000 sq. ft. training facility and coffeehouse (Quantum Coffee).

BrainStation, the digital learning company, had only been founded two years earlier by founder and CEO Jason Field. However, it quickly saw how in demand digital skills training was in Vancouver.

“Digital skills are needed in almost every industry, but the problem was, there was nowhere for professionals to go to keep up the pace of technology,” said Kyle Treleaven, vice-president and general manager of BrainStation. 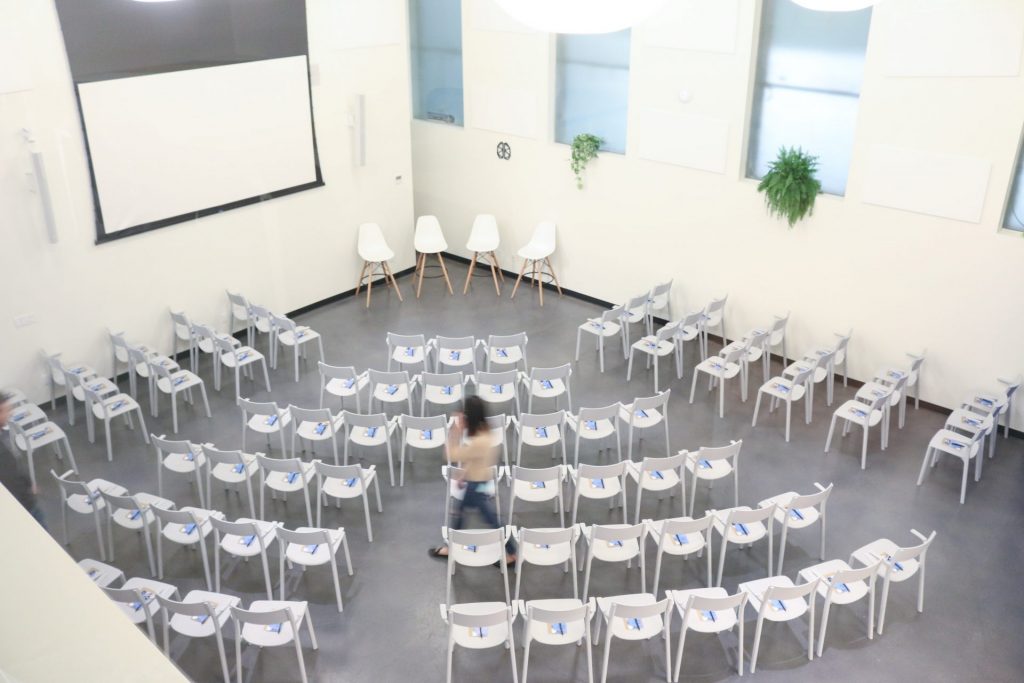 To fill the void, BrainStation recruited hundreds of industry experts and started offering hands-on, project-based courses out of Suite Genius, a co-working space in Mount Pleasant.

“The initial interest in our courses was overwhelming, and it kept growing,” Treleaven said, adding that much of the enthusiasm was due to the way BrainStation developed course content.

“It was important for us to put the learner at the centre of the experience, so we approached it like software engineers building digital products. We challenged the status quo, ran experiences, and then kept trying to refine and enhance our results — we called it Agile Learning.” 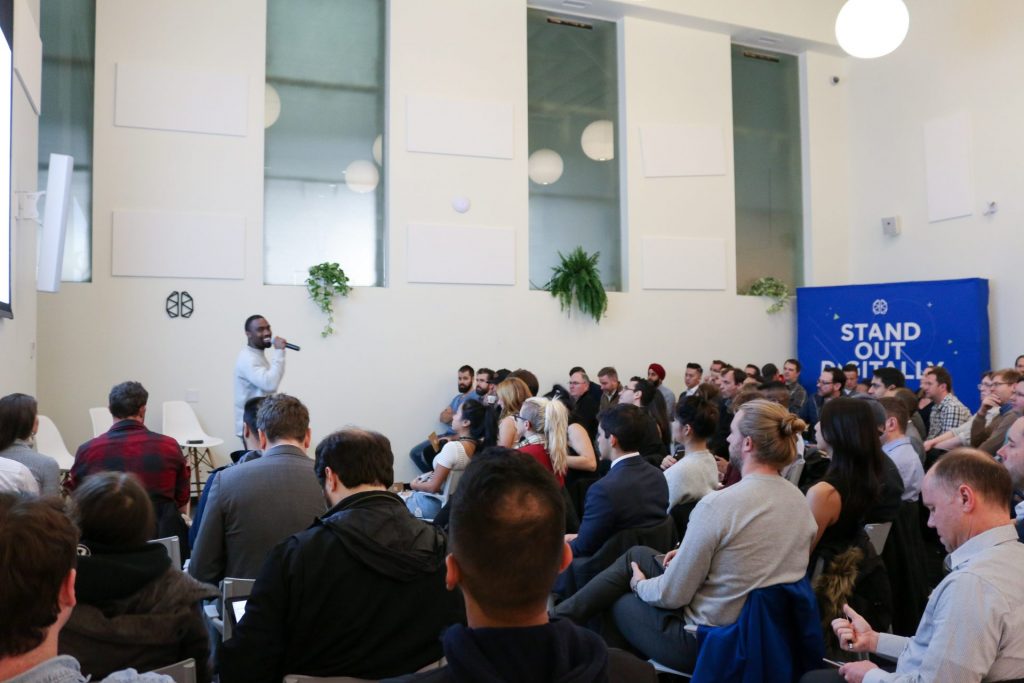 Over the next two years, BrainStation recruited subject matter experts from some of the most innovative companies in the world to create award-winning certificate courses and diploma programs.

With a growing reputation and student population, BrainStation soon realized that it needed to expand its Vancouver footprint. When they stumbled across the abandoned yoga space, they knew they had found something special.

“The space at 455 Granville had been an old yoga studio, but we saw its potential right away — the location, the potential for multifunctional spaces,” Treleaven said. “Our goal was to create a gathering space that would play a key role in the growth of our vibrant city, and I think we accomplished that.” 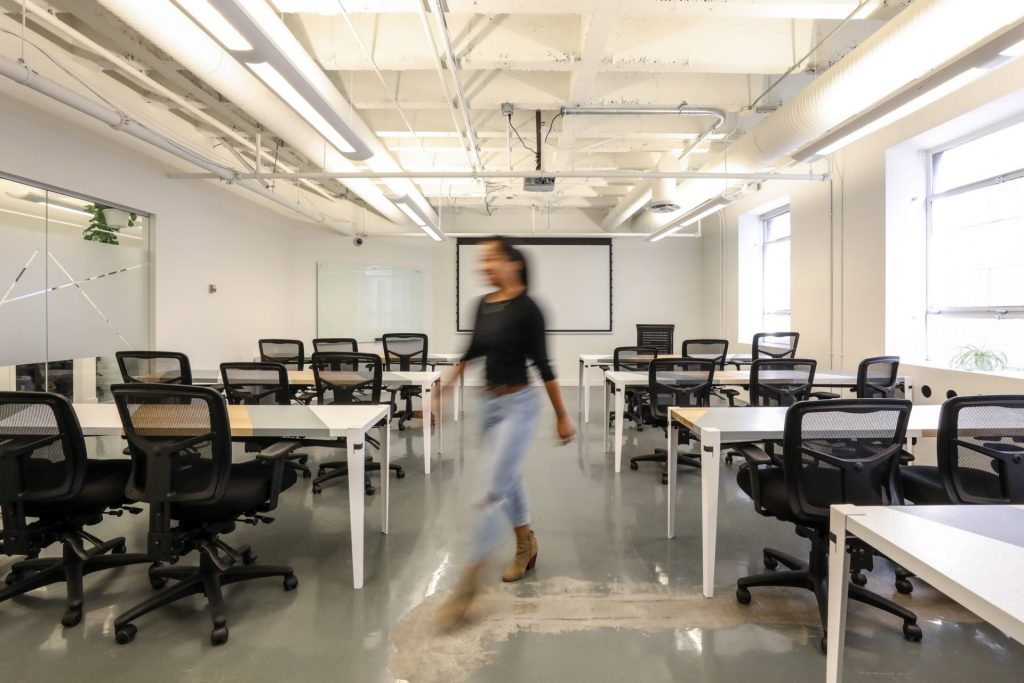 Since 2014, the campus at Granville and Pender has helped prepare over 25,000 Vancouverites for the future of work through a variety of experiences such as panels, industry events, workshops, corporate training, career fairs, and demo days.

BrainStation has replicated this model across North America, transforming an underused loft in New York into a bustling campus that has become a key meeting spot for the city’s tech scene. 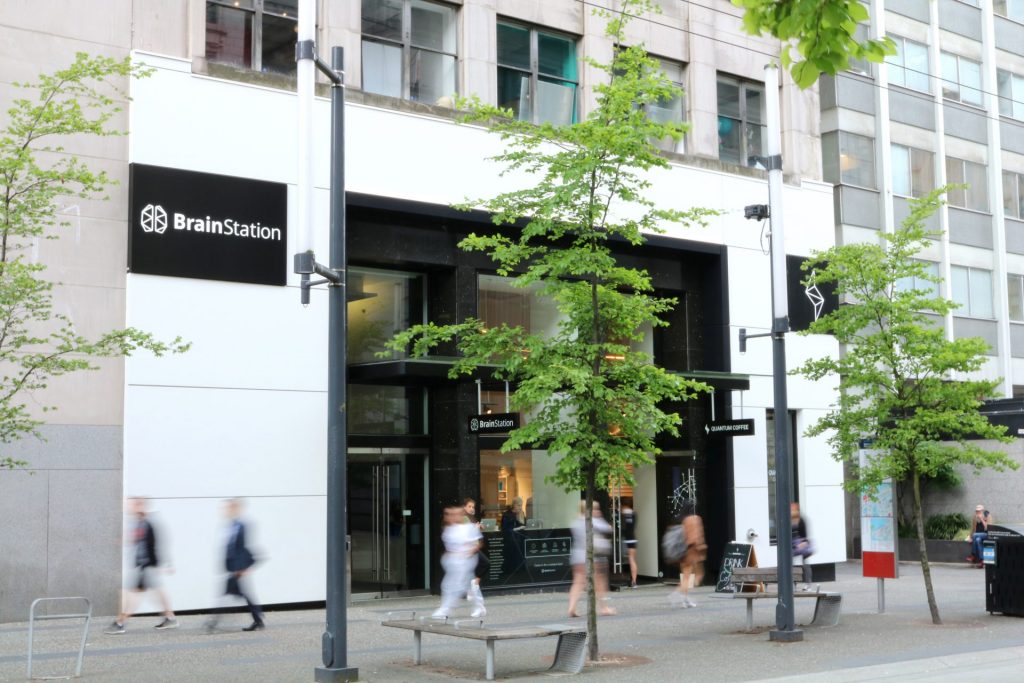 The company, however, is not bound by geography. BrainStation launched Online Live in 2019, which lets professionals take live, instructor-led online courses from anywhere in the world. In less than a year, Online Live has delivered more than 100,000 hours of live learning, with students across 50 cities and 27 states, provinces, and territories.

“Now more than ever, people need the skills we teach to advance their careers. These are no longer nice-to-have skills — they’re required,” Treleavan said.