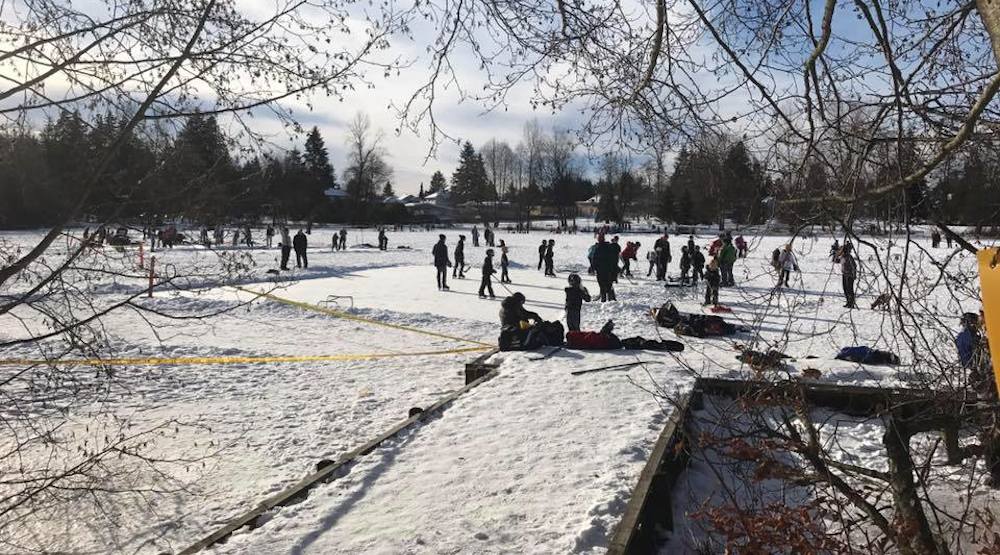 Another large urban lake surface in the Metro Vancouver has closed to ice skating and is unlikely to reopen for the season.

Heavy rainfall and warmer temperatures has forced the City of Coquitlam to close Como Lake for the forseeable future. Signage warning people of unsafe ice has been posted by Como Lake and other ponds with a frozen surface.

“The City’s Parks staff regularly measure and monitor the thickness of the ice in City parks and at this time they have deemed that the ice is not currently thick enough to safely support people or animals,” reads a release.

“Consequently, Coquitlam residents and visitors are advised to stay off frozen lake surfaces as the ice is not thick enough to permit skating, walking or cycling on lake surfaces”

Como Lake has been open to ice skating for a total of 12 days since it opened on January 6. The last time its ice was thick enough for ice skating was in the 1990s.

In East Vancouver, Trout Lake opened on January 5 and remained open for a total of 10 days. It closed on Monday.

I’d rather get up and move.

Great day for a skate