Following an extended soft-launch phase that allowed them to refine their menu, Commodity Juicery has officially opened up their Fraser Street shop.

Offering a range of delicious cold-pressed juices, alongside a selection of smoothies, snacks, and meals, Commodity is focused on providing Vancouverites with fresh, plant-based foods and juices, and a hub for those interested in health and wellness. 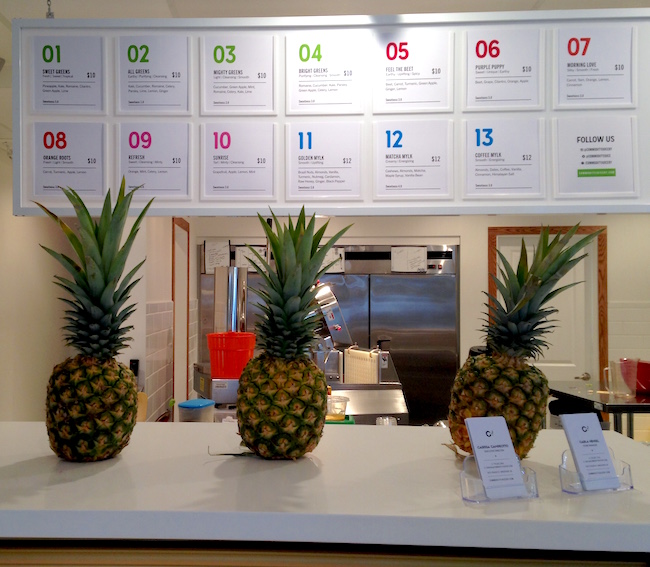 Commodity’s Executive Director is Carissa Campeotto, who segued into the juicing and plant-based food world after honing her skills in marketing for high-profile Vancouver hotels, bars, and restaurants. Wildly enthusiastic about the power eating clean (along with raw and free of animal products) and what it can do to improve health and well-being, Campeotto says she’s happy to chat with customers at the Commodity counter about juicing, and their ground-to-glass philosophy. 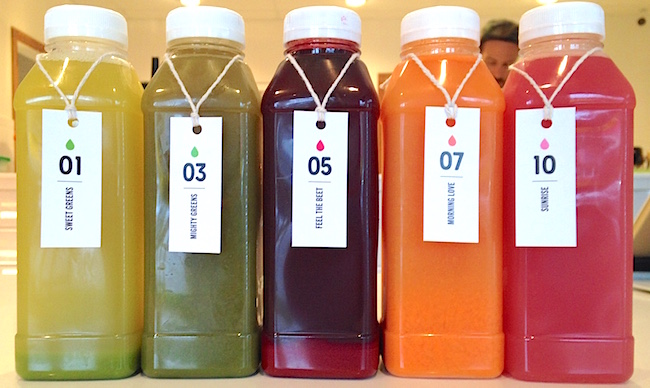 “I believe Commodity Juicery will make a difference in the Vancouver food and beverage market, as it’s designed to welcome and encourage those new to plant-based diets and cleansing programs,” Campeotto told Vancity Buzz.

The juice menu at Commodity is numbered and colour-coded–orange for root veg-based drinks (like those made with yam, and/or carrots), pink for cleansing, blue for nut mylks, and green for, well, greens–and each item is also noted for its sweetness level, on a one-to-five scale. Campeotto says they strive to have most of their cold-pressed juices fall into the mid-range, so a level three, with a balance of sweet and earthy. 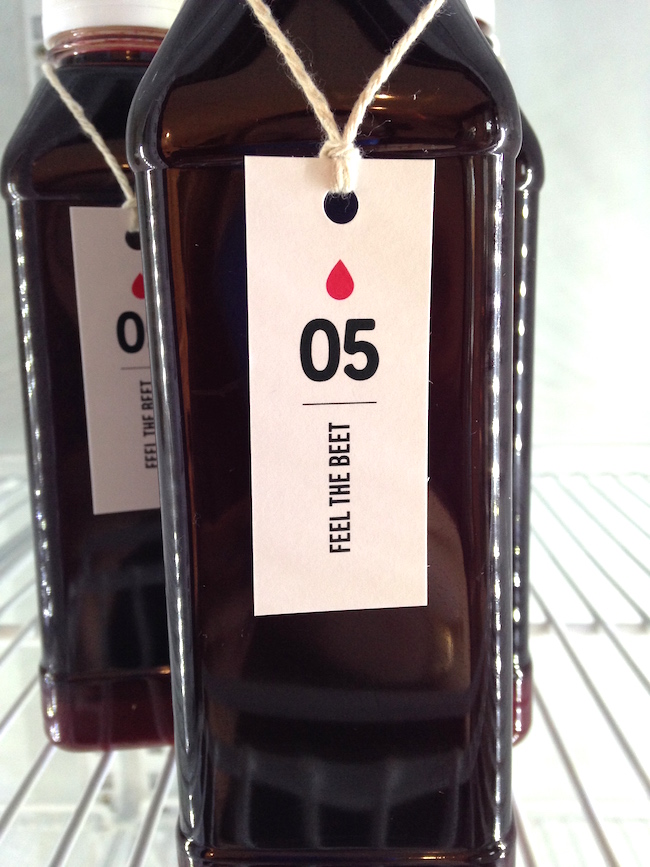 Among their juices are some standouts, like Feel The Beet (Beet, Carrot, Turmeric, Green Apple,
Ginger, Lemon) and Morning Love (Carrot, Yam, Orange, Lemon, Cinnamon), but overall their blends are well-balanced, light, and offer great flavour. The juices are also part of their tasty smoothies, and for those wanting to cleanse but are unwilling to skip the morning coffee, they do have a nut mylk juice blend that includes caffeine. And, of course, they make their own Almond Mylk, which was designed to be a little lighter and ideal for blending in juices and smoothies.

What Commodity doesn’t use is sugar, opting instead to use natural sweeteners, like dates, and avoiding anything that’s processed, like agave. They also use maple syrup, but do caution strict vegans that some items can be made with honey.

Speaking of vegan, rather than focus on the word “vegan,” Commodity is part of a growing trend of food businesses opting to use the term “plant-based.” Instead, points out Campeotto, the emphasis is on the food and how delicious it is, and the bonus is, it happens to be vegetarian or vegan. 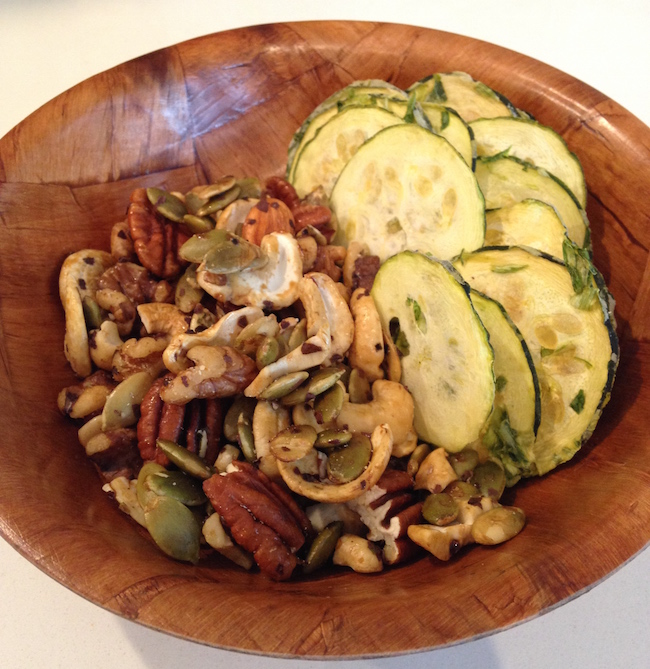 When it comes to food, Commodity has been perfecting their snacks, like their crave-worthy zucchini chips, dehydrated in-house with a cashew based “sour cream” and green onion, as well as their salads and wraps. They make plant-based versions of familiar food flavours, like a Pad Thai with raw zucchini noodles, a Kale Caesar salad with “raw-mesan” Parmesan, and a Sesame Donburi made with raw cauliflower rice. Commodity will soon have their sauces and dressing available for purchase at the shop, too. 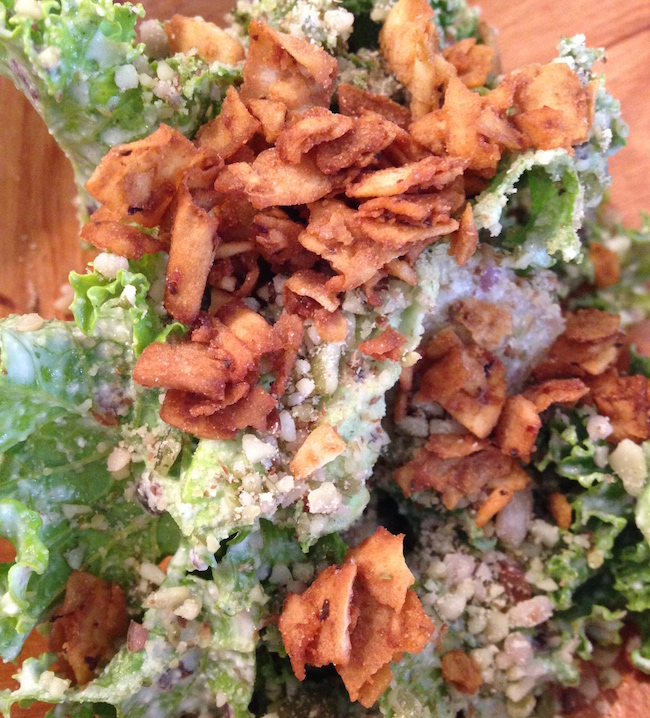 Beyond the Commodity storefront in the growing Fraser Street cafe and retail corridor, they offer juice cleanses and nutritional cleanses, the latter of which can often help someone get their body primed for a juice cleanse. Plus, Campeotto says they have plans to offer in-office services for businesses (imagine a regular visit with a pop-up smoothie bar and a yoga instructor), as well as outreach in the local community and with schools to talk about eating well.

“Through numerous community initiatives Commodity Juicery will help empower and educate children and the everyday person on the importance of living a healthy lifestyle,” explains Campeotto.

While things are poised to take off for Commodity in Vancouver, they’re also in the midst of a soft opening for their second location, which is in northern B.C. in Smithers.