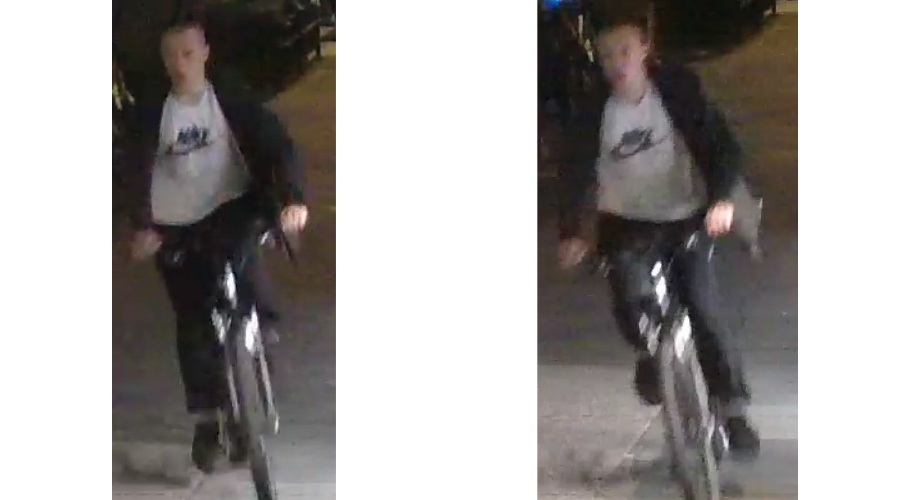 The Vancouver Police Department has released images of a man suspected of stabbing another man on Commercial Drive earlier this month.

“Shortly before midnight on June 3, a 26-year-old man was walking along Commercial Drive with two friends,” VPD said in a release. “Investigators have obtained video that shows the group being approached from behind by a man on a bike near Grant Street. As the suspect on the bike rides by, he stabs the victim in the back.”

After realizing he had been stabbed, the victim called 9-1-1 and was taken to hospital to be treated for damage to his lung and diaphragm. He remained in hospital overnight and returned home to continue his recovery.

According to the VPD the victim has never had any previous contact with police, was cooperative with officers, and did not know his attacker. 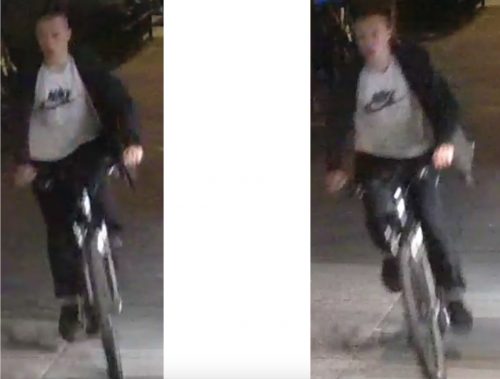 It’s believed the stabbing was possibly motivated by a minor and brief verbal altercation with the suspect, which occurred a couple blocks away and a few minutes earlier.

The suspect is described as white, 20 to 25 years old, under 6’ tall with a short buzz-cut hair style. He was wearing a black hooded jacket, jeans, white “Nike” shirt, and was riding a dark coloured mountain bike.