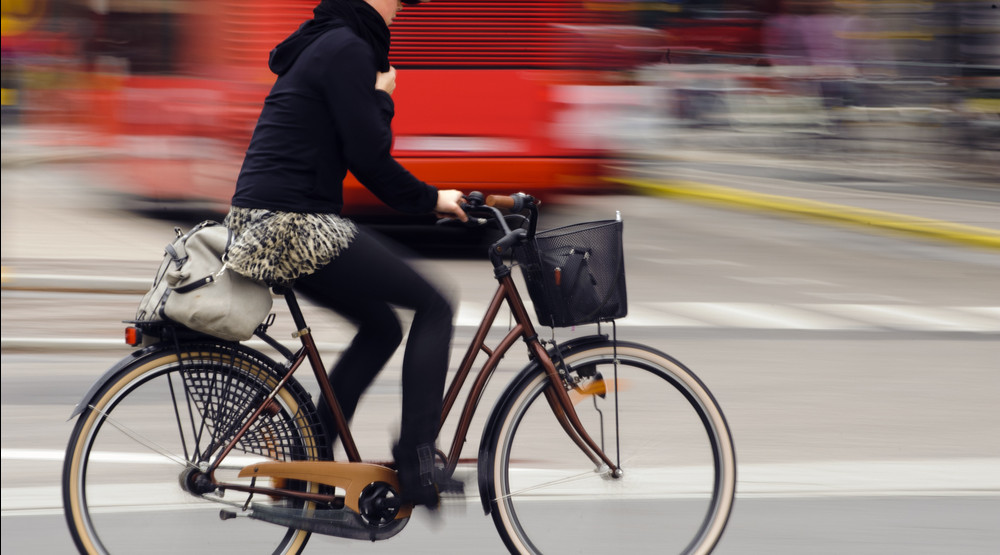 Whether for its family run stores, quirky bars, or diverse array of restaurants, Commercial Drive is a destination that has something for everyone. This reputation is set to grow thanks to the City of Vancouver’s Grandview-Woodland Community Plan which proposes developments that will preserve the unique nature of the area, while also creating a better space for all. A key part of these plans is the shift to a street design, including bike lanes, that will make the Drive more accessible and more appealing.

Unfortunately, as illustrated by Nick Pogor’s op-ed piece last week, the Commercial Drive Business Society (CDBS) have a shortsighted view of bike lanes. Their opposition goes against the opinion of many local residents who, through public consultation, have expressed a desire for change. And, most frustratingly, their argument is based on a series of outdated myths — let us bust some of them for you:

The car is king

The leaders of the CDBS seem to believe that their customers are solely dependent on cars and that any reduction in provision for motor vehicles will scare them off. This is a fallacy as cycle rates are increasing. A 2014 transportation survey by the City shows that 27% of people in the area cycle at least twice a week and 44% want to cycle more often but are put off by the amount of traffic on the roads.

The CDBS also claims that the addition of bike lanes on the Drive will mean there will no longer be enough parking. This is just fear mongering as one recent study showed that there are over 700 public parking spaces around the Drive. Plus, the City has worked with building and business owners in the past to ensure there were adequate loading and delivery zones maintained. We’re yet to know what the exact parking arrangements will be but we do know that car usage is dropping. Why would we keep preserving an infrastructure that doesn’t meet our needs now or in the future?

Again, this just is not true. Studies from around the world have shown that retail areas that have safe and direct cycle routes experience greater footfall and increased sales. Business in Vancouver noted “in New York City, retail sales along new bike routes jumped by 49% compared with 3% overall.” Locally, on the Hornby bike route, retail vacancies dropped from 10% to 2% after the bike lane was introduced.

Bicycle-friendly areas can also host more people, which means more customers. In one car parking space, you can fit racks that will accommodate 10 bikes – just check out the busy bike parking “corral” in front of the JJ Bean cafe on the Drive. As well as allowing increased numbers of people to visit the area, improved cycle infrastructure would encourage people to stop, stay, and spend on the Drive.

It’s factors such as these that have led many Commercial Drive businesses to support the plans, yet the CDBS continues to push the line that all their members consider bike lanes a death knell.

The bike lanes would work better on other roads

The CDBS suggest moving the proposed bike lanes developments to Woodland or Lakeview Drive instead but this channels potential customers away from their desired location – the Drive. The plans were developed after several years of widespread consultation and are supported by the local community. You only have to look at the comments on Mr. Pogor’s op-ed piece to realize that people want to be able to travel safely, easily and directly to a popular destination, including by bike.

It’s a waste of taxpayers’ money

The money allotted for the construction of bike lanes is a very small percentage of the overall project cost. The cost of implementing a cycle infrastructure is a drop in the ocean compared to creating and maintaining roads for motor vehicles, making it a far more cost effective method of transportation. Now is the time to invest in streets that work for everyone.

Many people are currently unwilling to cycle on the Drive due to high levels of traffic but the City has a chance to change this. Introducing bike lanes will not lead to the “bike highway” that Mr. Pogor described, but create a safe route that would act as a catalyst for increased trade and give people of all ages and abilities access to one of the city’s most popular areas.

The Drive is an area famed for its history, vibrancy, and diverse culture, we cannot let the outdated and insular views of a few prevent it evolving into a space for all.

HUB Cycling is a Vancouver based non-profit that is helping more people across Metro Vancouver cycle, more safely, more often.