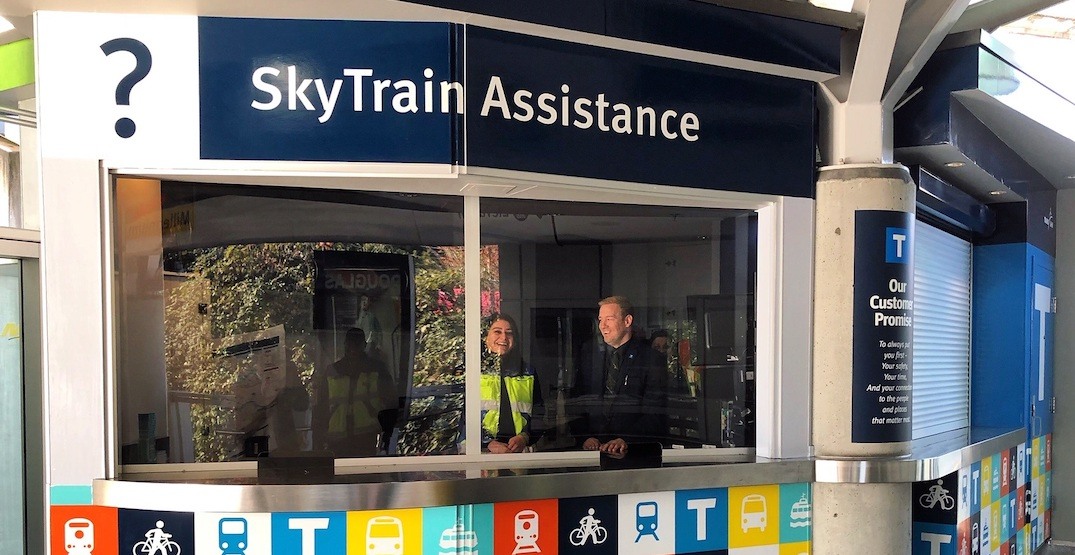 TransLink announced today a SkyTrain Assistance Counter has opened at Commercial-Broadway Station, in the concourse level on the Millennium Line side of the station complex. The counter takes over a vacant retail space previously occupied by a coffee shop.

The counter will be open during all station operating hours, with SkyTrain attendants staffing it at all times. Passengers can use the counter for directions, system maps, brochures, and any in-person service.

“Commercial-Broadway serves as a key transfer point for our customers, connecting the Expo Line, Millennium Line, and 99 B-Line,” said TransLink CEO Kevin Desmond in a statement.

“The central location of our new counter will ensure customers have easy access to the most up-to-date transit information. Today’s opening is another important step toward improving customer service and comes as we wrap up I Love Transit Week.”

Customer service counters are common features in many rail stations around the world, although many of these counters are usually located near the station entrances — in and around the fare gates — and provide passengers with an alternative way to pay their fares and passes.

The new counter is in addition to the Compass Customer Service Centre at Stadium-Chinatown Station.