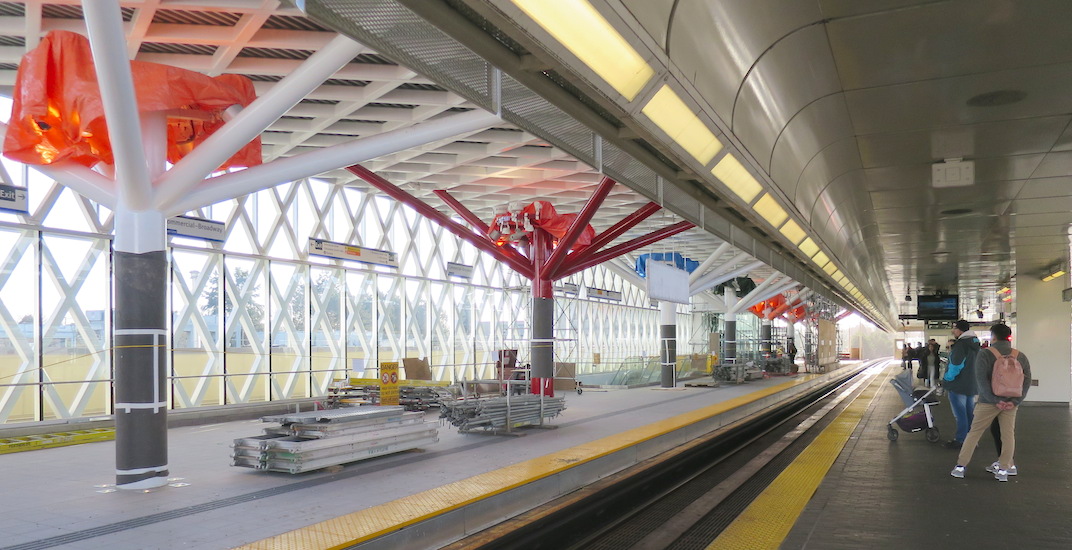 Beginning on Saturday, February 2, tens of thousands of people who stream through SkyTrain’s Commercial-Broadway Station on a daily basis will be using the transit hub in a whole new way, as the new fifth additional platform is set to officially open for regular operations.

The new platform built on an expropriated portion of the adjacent Safeway store provides the Expo Line’s inbound direction with an additional platform. 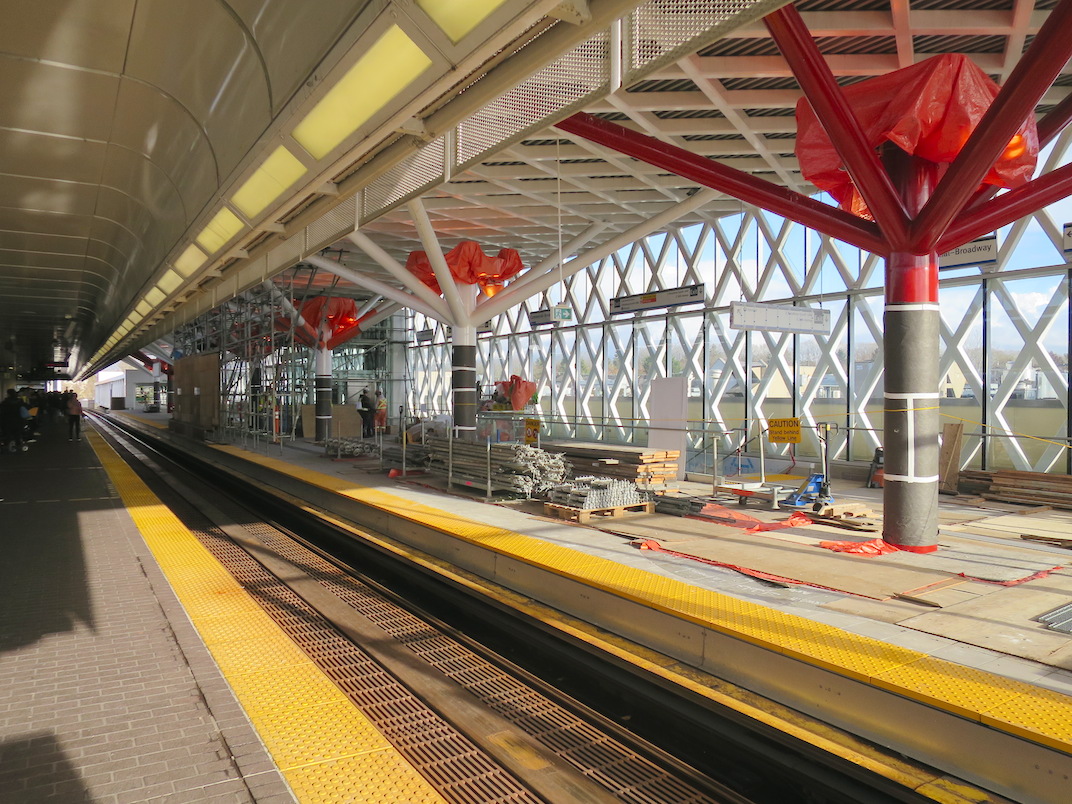 This platform design allows trains heading towards downtown Vancouver to open doors on both sides of the car, which effectively provides the station with significantly more capacity to handle and circulate growing passenger volumes.

Passengers will have the option of boarding and exiting from the new platform, which includes new vertical circulation reaching the ground level of the south side of Broadway and a new secondary pedestrian overpass reaching the Millennium Line platforms on the other side of the street. 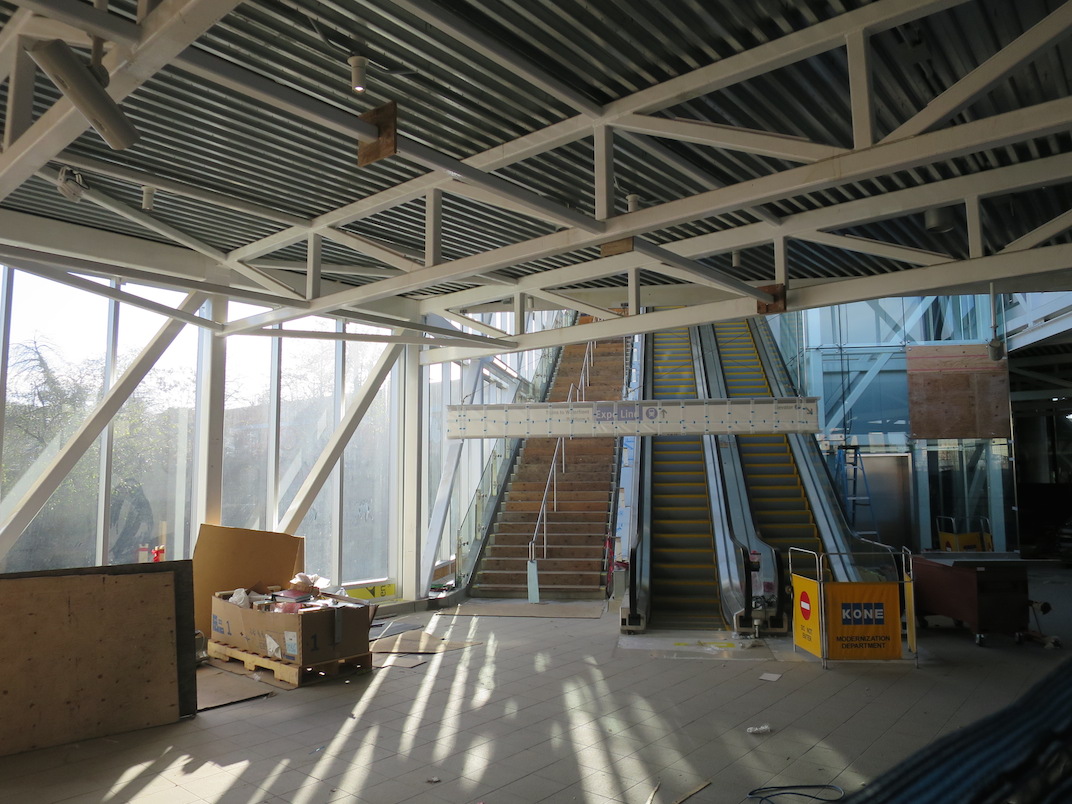 Finishing touches being made on the widened walkway between the Millennium Line platforms and the north side of Broadway at Commercial-Broadway Station. (Kenneth Chan / Daily Hive) 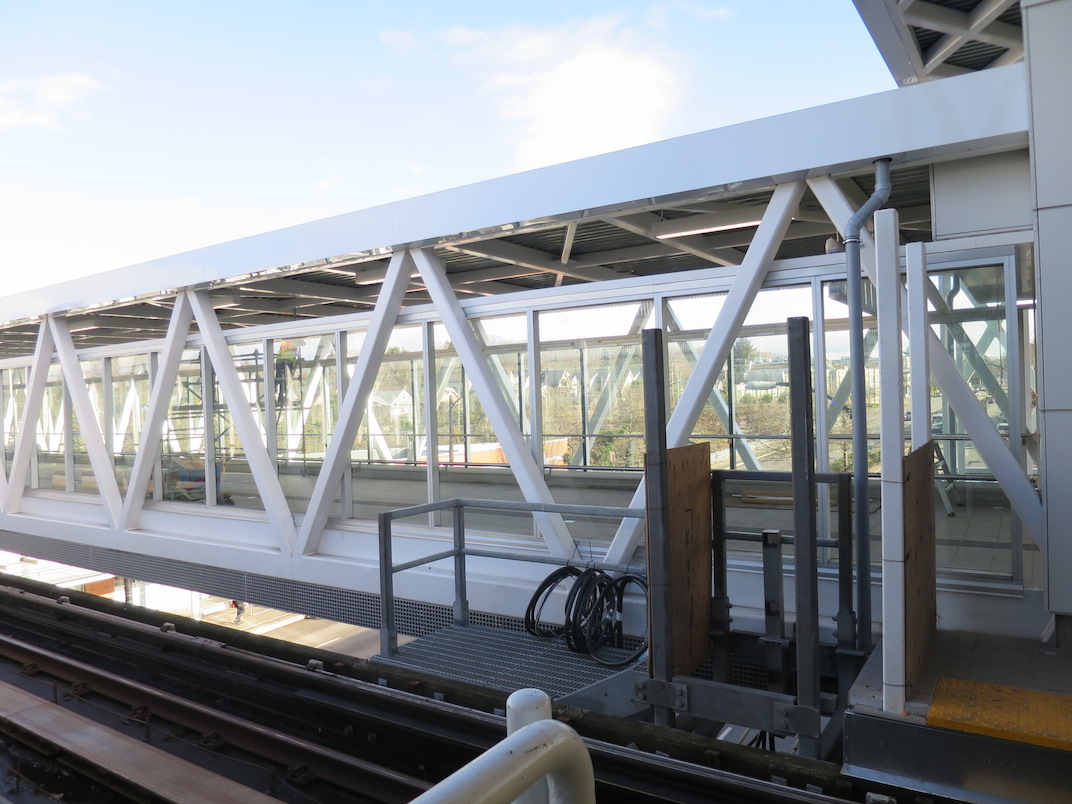 Finishing touches being made on the new pedestrian overpass between the Millennium Line platforms and the new Expo Line platform. (Kenneth Chan / Daily Hive)

Other upgrades include a significantly widened overhead walkway over the Grandview Cut to the Millennium Line platforms, expanded concourse areas, new in-station retail spaces, replacement of old metal mesh panels with glass panels, improved lighting, and a new major secure bike parkade with a capacity to hold over 70 bikes.

Full diagram of the upgrades at Commercial-Broadway Station. Click on the image for an enlarged version. (TransLink)

However, there is no access to the expanded station area yet as SkyTrain attendants are manning the new platform and preventing passengers from exiting on the right train doors.

Ever since construction crews removed the platform-level wooden hoarding that had concealed years of construction activity, TransLink has had to tackle the issue of pigeon guano covering the new platform.

Commercial-Broadway Station is already Metro Vancouver’s busiest transit hub with 90,000 train trips and 60,000 bus trips daily. Ridership growth at this station will likely increase significantly upon the opening of the Millennium Line’s Broadway Extension in 2025. 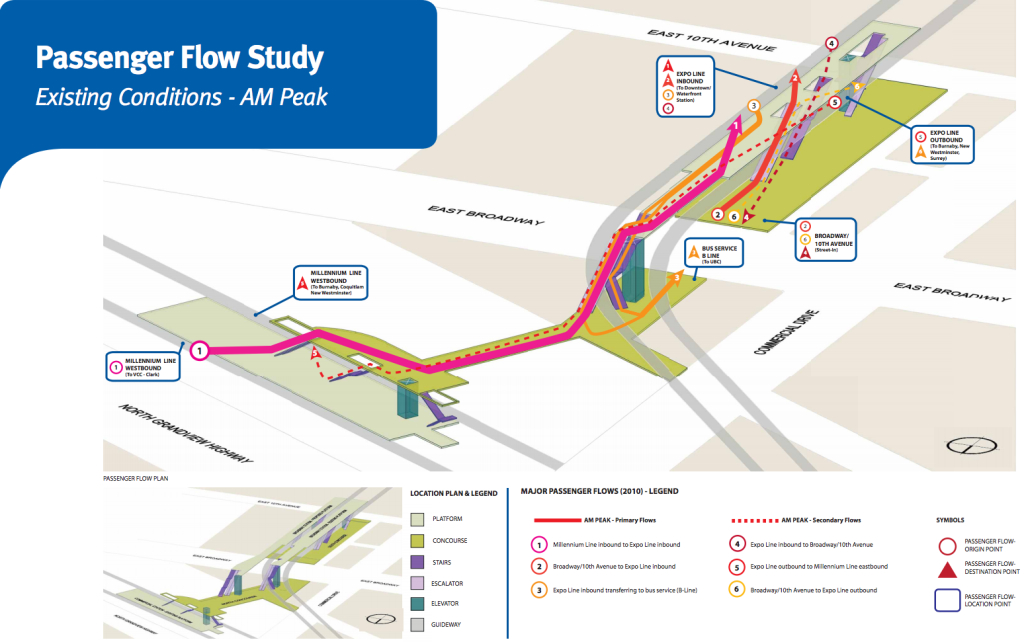 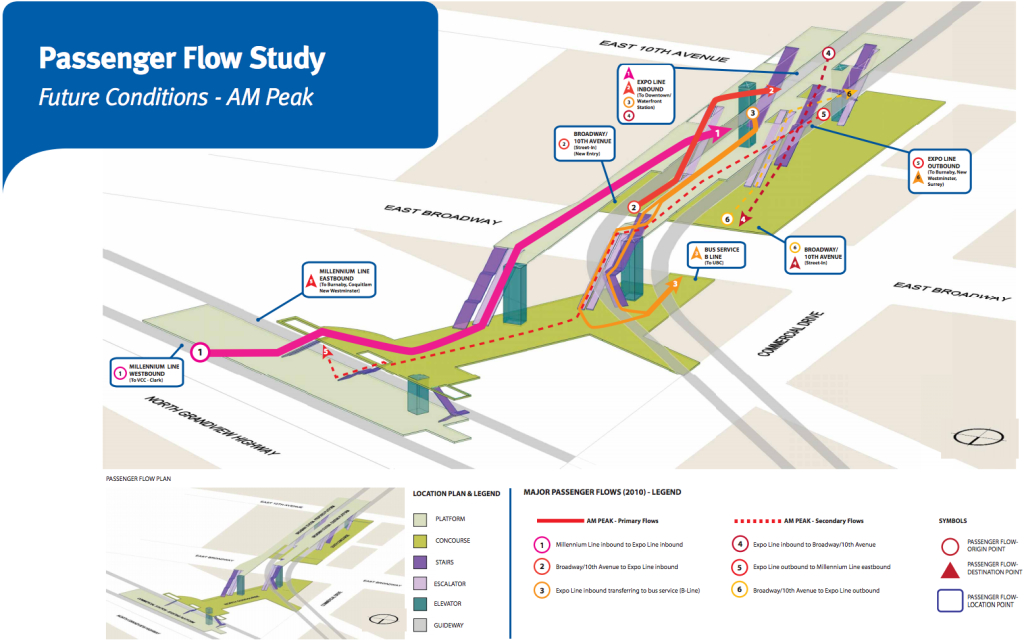