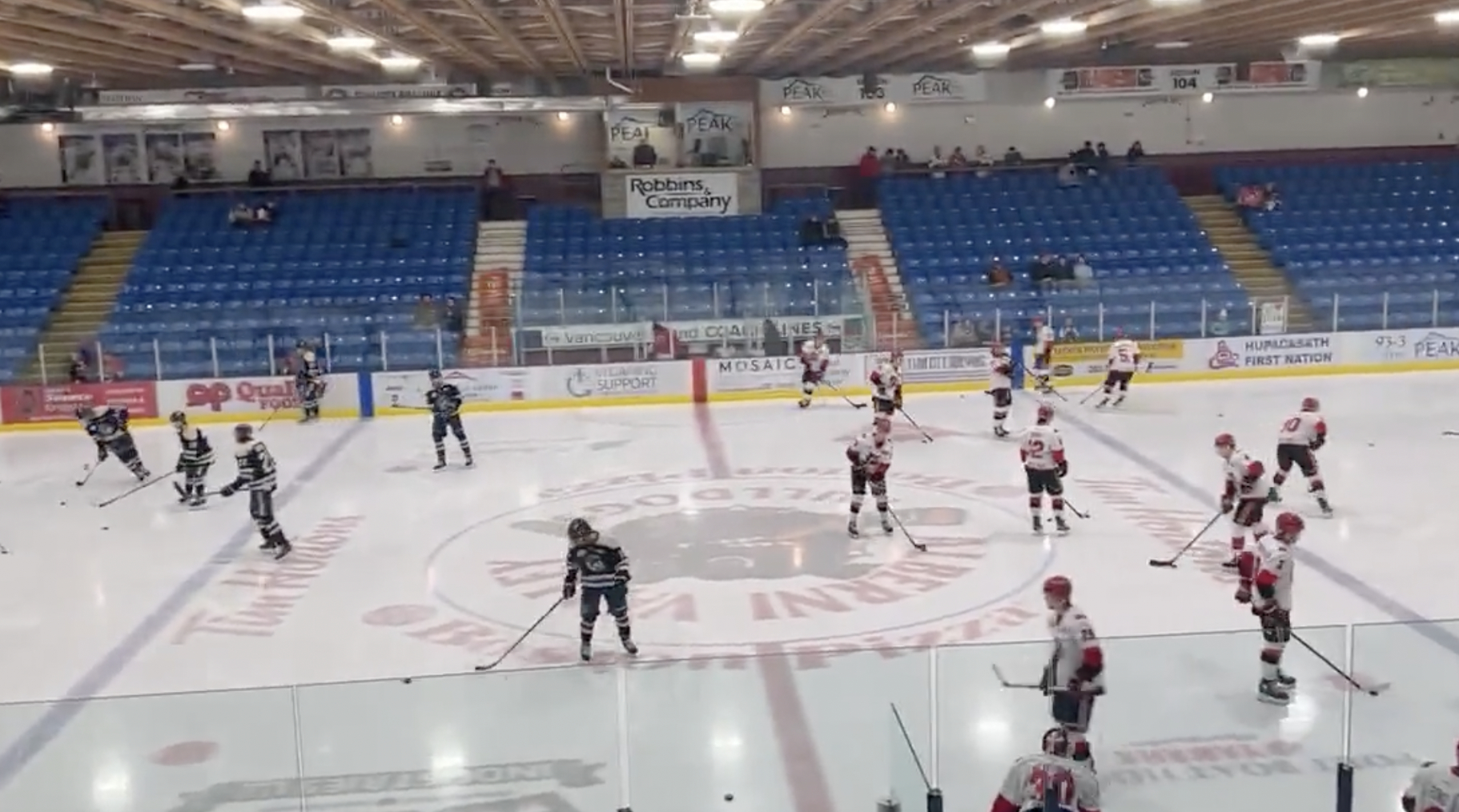 A member of the Alberni Valley Bulldogs’ radio broadcast team was removed mid-broadcast Friday night after a racist comment during a British Columbia Hockey League (BCHL) game against the Langley Rivermen on Friday night.

Bruce MacDonald, Alberni’s colour commentator, was taken from the broadcast after directing a comment at Rivermen forward Owen Kim of North Vancouver, BC, asking, “Does he speak English? Maybe that’s the problem.”

I don’t care what anyone says, this is inexcusable. Do better. https://t.co/eELn0Pp29H pic.twitter.com/EpLknF0s93

The league apologized to Kim, his family, and those who heard the comments.

“During the second period of tonight’s game between the Alberni Valley Bulldogs and the Langley Rivermen, Bruce McDonald, the home colour commentator, made a racist comment towards Rivermen player Owen Kim,” the BCHL said in a statement. “The Bulldogs were immediately informed of the comments and removed Mr. MacDonald from the broadcast.

“The BCHL and the Alberni Valley Bulldogs would like to apologize to Owen Kim and his family, as well as anyone else who may have heard the comment. We have a zero tolerance for this type of behaviour, and Mr. MacDonald is banned from any future broadcast involving the Bulldogs or any other BCHL team.”

Radio station 93.3 The Peak, which broadcast the game, also issued a statement.

“During the second period of Friday night’s hockey game between the Alberni Valley Bulldogs and the Langley Rivermen, the colour commentator on the 93.3 The Peak broadcast, Bruce MacDonald, made a racist comment towards Rivermen player Owen Kim. His comments were extremely offensive, inappropriate and have no place on our radio station. Mr. MacDonald was asked to leave the broadcast.”

“Tonight our game was overshadowed by an inexcusable comment on our broadcast,” he said in a tweet. “With the support of the BCHL we removed the commentator immediately. On behalf of the Bulldogs, I’d like to apologize to Owen and the Kim family. Racism has no place in hockey.”