Earlier this month, we invited Vancity Buzz readers who identify as LGBT to submit their own ‘coming out’ stories as a way of empowering and inspiring others who may be struggling with their own sexuality.

The Beat 94.5’s Jonny Staub is the first of our reader-submitted coming out stories during Vancouver Pride Week 2014, which begins today. #HappyPride

I have been “out” for so long, that I almost forgot what it felt like to “come out” again. By 2001, I was sure that everyone in my orbit knew – but what many didn’t know was that I was sworn to a secret that lasted up until June of this year.

I wasn’t going to say a word, I wasn’t ever supposed to tell. At least that was the plan, until at age 34 the weight became too heavy. The lie too deep. Wait… wasn’t I already out in every possible way? How could this be?

Let me explain. From the very beginning, I knew I was different. I really recognized it around age 7. At that stage in your life you can’t really define what it is that makes you unlike the rest. But all I knew was that I needed to shut my mouth and pretend to be whatever everyone else was.

I grew up in Windsor Ontario and later spent my junior years in London Ontario. I often remember hearing the other kids say “you talk like a girl”. I didn’t understand what they meant.

At the time, I didn’t know that they were implying that my inflection/speed was feminine. Naturally, I started to actually talk with a lower voice. Later, these deeper tones only served to get me a successful job in media. I guess the joke’s on them.

All my life I was called every name in the book. I was chosen last for every sport. I was outcasted. But I also found wonderful people who held me up and gave me unwavering support. Not all was gloom and doom. And to this day, looking back on those moments there is a great sense of pride and strength.

In fact, I find those years more encouraging than disheartening. Being different paid off big time. Personally, professionally. Being exactly who God made me has been the ultimate pay off. Let’s face it, climbing an uphill mountain sounds waaaaay more fun than walking on a flat surface.

By the time I was 15, in Catholic high school, I was “out” to close friends and family. By age 21, I was all around “out”, just not on the air. Seven years ago (age 27), I was guns blazing – take-me-as-i-am “out” to the world… minus 2 people. My grandparents. And it stayed that way until last month.

My dad has never been okay with ‘gay’. So when I told him my truth, he made me promise not to tell his parents, my paternal German grandparents.

I honoured Dad’s wishes, partially out of respect for him and also because, I too was scared shitless of losing Oma and Opa’s love. So I lied. I steered conversations. I omitted the truth and twisted words to lean in a direction that appeased everyone. Well, everyone but myself.

And so I continued this for 18 years. I was so career focused that I could use that as a shield, until that professional climb finally levelled off, and everything was in place. It came to a point that there was no way to get around it, outside of just not picking up Oma’s calls.

I was tired of being some sort of a-sexual, solo, not-able-to-commit bachelor. Why should I continue to lie to two of the most caring and wonderful people on the planet? I loved them so much, and heck, it’s not like they were dying anytime soon.

Screw this “let-it-go-to-their-graves” debauchery. So a few weeks ago, I took a deep breath, picked up the phone and had the hard conversation.

I was so nervous! In essence, I forgot “how to” come out. But I just spoke from the heart and bam! It was done.

While they aren’t baking me a giant congratulatory cake, they did stun me. In their own way they understood! The news didn’t shake their love for their grandson. My Oma even spun into some Rock Hudson and Liberace stories (as if I hadn’t heard of our fore fathers of gay culture).

With sweaty palms I put down the phone and grabbed the drier hand of my boyfriend Tuna. We took a walk down to Coal Harbour. I was finally free of this crazy family secret. This new chapter begins and the journey continues on. Emancipated from the falsehoods of a broken promise, I walk with my head held high and a swagger that would even make Kanye jealous.

Welcome to pride y’all. A chance to exhale! A celebration of inner acceptance and freedom from shame. A time to be yourself, openly, surrounded by love, surrounded by courage. 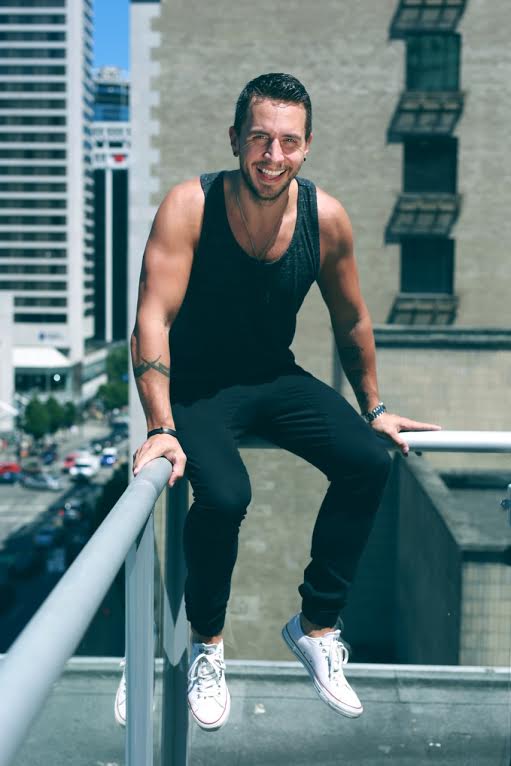