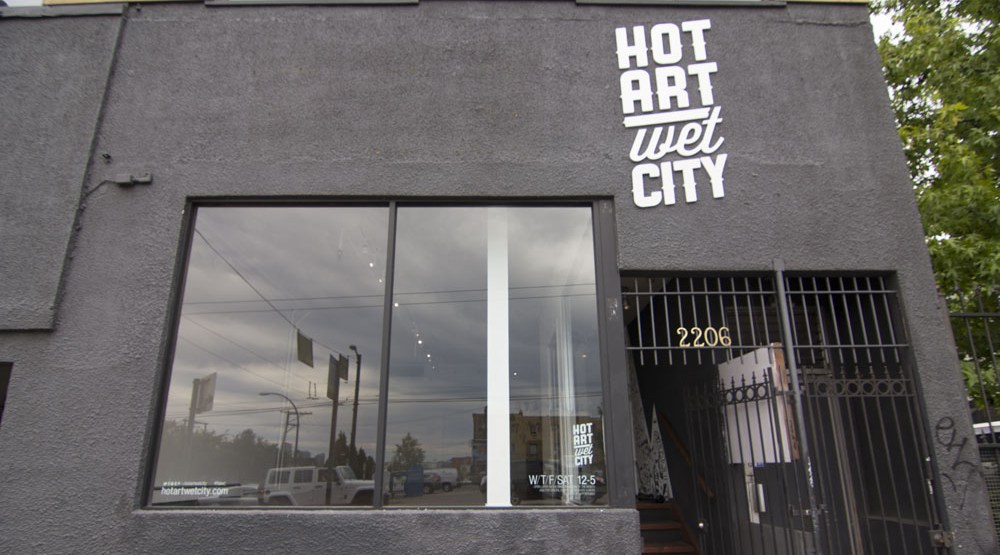 The worlds of art and comedy combine at HOT ART Wet City, with a variety of live shows that redefine what stand-up comedy is.

“All kinds of comedians are drawn to produce shows here, and our comedy curator Alicia Tobin decides what shows will make the cut,” said Chris Bentzen, owner of HOT ART Wet City. “Typically they’ve been shows pushing the boundaries of what a stand-up show can be, produced by some of the best comedians in the city.”

HOT ART Wet City began as a pop-up gallery in 2012, before finding a home at 2206 Main Street in 2013. Though the gallery is closing at the end of March 2017, Bentzen is proud of the events that have been produced over the years. 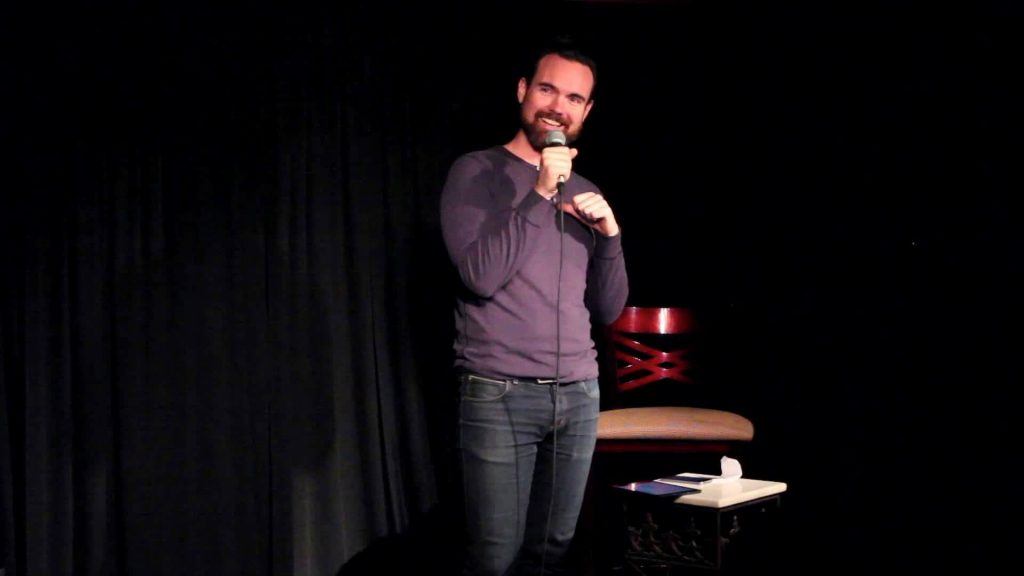 “(Comedy) was always a plan as a way to bring in audiences to see the art and to help support running the gallery,” explained Bentzen. “We weren’t sure if it would work but ever since the first show, we’ve been selling out shows. We get a lot of people from our neighbourhood, comedy fans, and fans of the show hosts.”

One of the regular shows at HOT ART Wet City is Vancouverite, hosted by Brent Constantine and Amber Harper-Young, and featuring stories about Vancouver, adjusting to life here, and leaving home. The next Vancouverite is on January 21, and it is also part of the upcoming JFL Northwest on February 18.

“Like the majority of people you meet here, most comics moved to Vancouver from somewhere else,” said Constantine. “Everyone is an outsider and usually you’ll get some pretty funny observations about a place, especially compared to whatever hometown performers are coming from.

” Places like HOT ART Wet City represents a lot of what I love here. Chris has grown a following for his venue and made a community around a space. I’ve been lucky enough to be part of that the last couple of years.”

For Harper-Young, what makes Vancouver comedians special is their drive to keep trying new things. 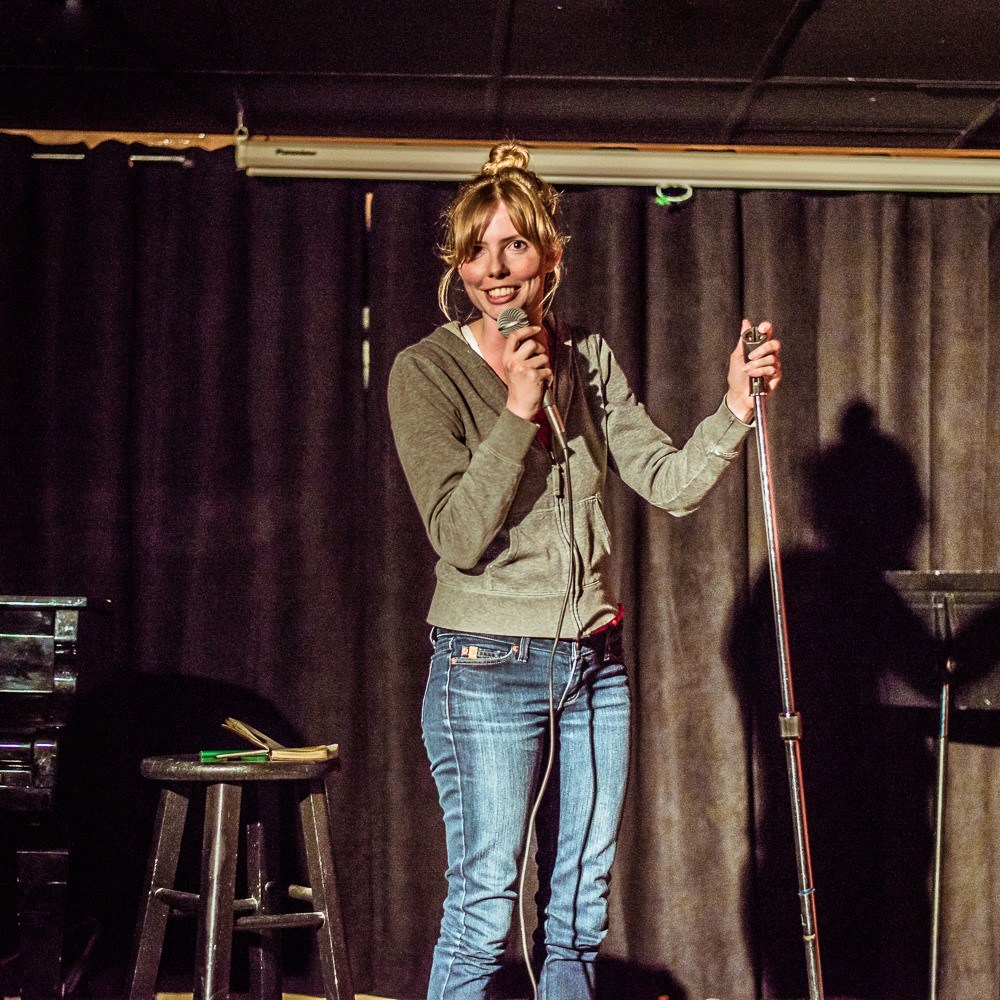 “There’s something fresh about the scene here, its unique and intelligent that’s something that drew me to the city,” said Harper-Young. “People here involved with comedy are passionate, hardworking and sillywackos – that’s a great combo.”

Another regular show at HOT ART Wet City is We Know Nothing About Art, hosted by Abdul Aziz. He describes the event as “a cross between an art history class and a stand up comedy show.”

“I came up with the idea for the show last summer when my girlfriend and I were at a museum and we didn’t want to spring for the informational tour. So, we ended up just making up our own tour and we had a lot of fun,” explained Aziz. “My girlfriend pointed out that the concept had legs as a show, so I talked to Chris and Alicia at HOT ART Wet City and they made it a reality!

“We Know Nothing About Art has a really dynamic and interactive vibe, and the space is really intimate and friendly. There’s a “we’re all friends hanging out” feel to the show.” 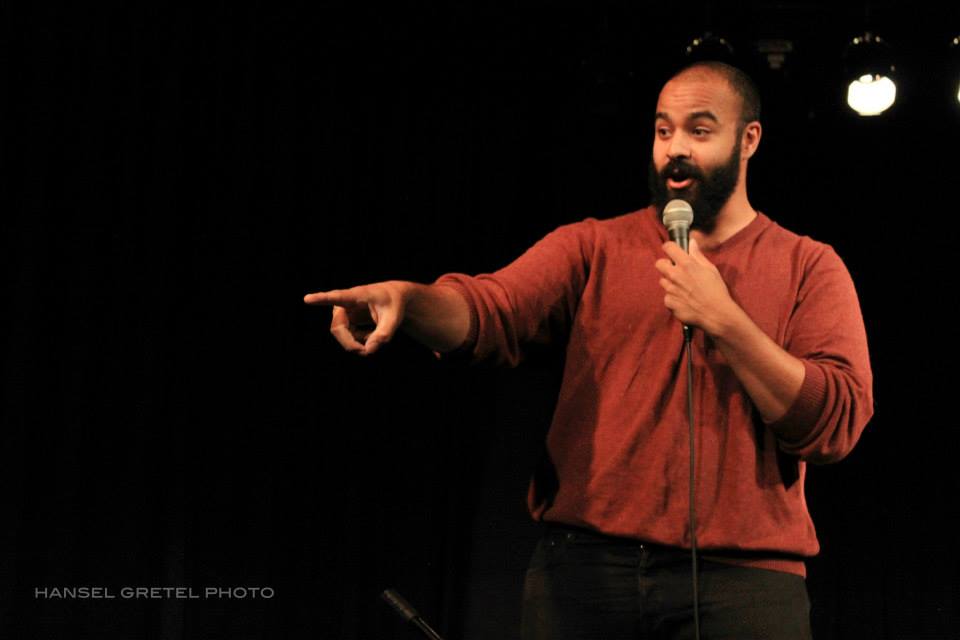 The next We Know Nothing About Art is on January 20, and it will also be part of JFL Northwest on February 23. Aziz is excited for new fans to check out the gallery.

“Hot Art Wet City is one of the coolest gallery spaces in the city,” said Aziz. “It’s always got an amazingly creative exhibit going on, which creates a great vibe for comedy (especially for this show). Also, the owner Chris is such a great host. He really loves comedy, and he does everything he can to help us make the shows great. I’ve honestly never had a show at a better venue.”

We Know Nothing About Art