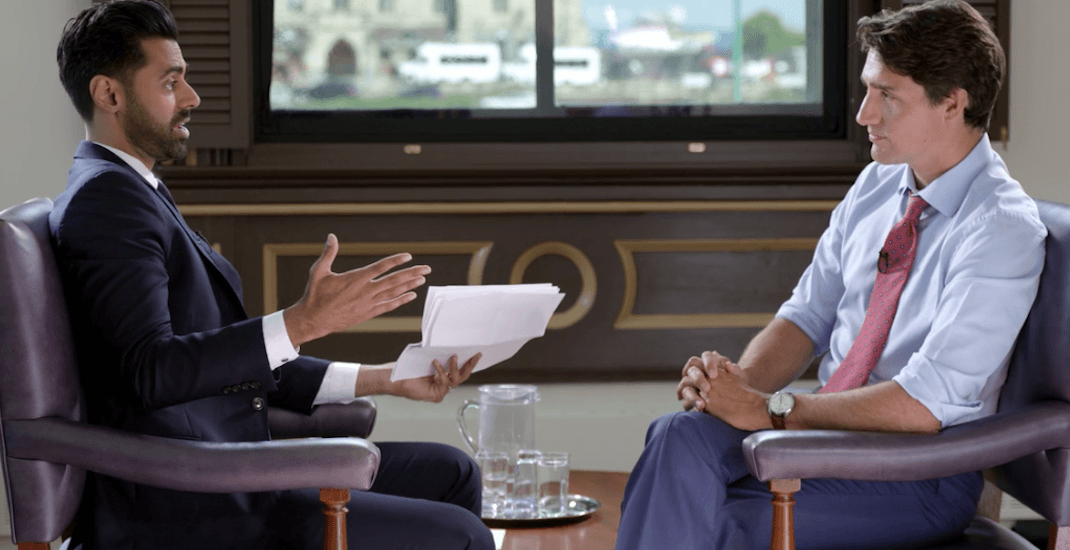 Minhaj had the chance to sit-down with Trudeau for a one-on-one interview and while things started off lighthearted, the comedian wasted no time grilling the prime minister on serious matters that “don’t fit with our image of Canada.”

“Canada, much like its prime minister is a lot more complicated than you think,” he says.

Minhaj brings up Trudeau’s breach of ethics with his handling of SNC-Lavalin affair, which tarnished his reputation as an ethical and self-proclaimed “feminist” prime minister.

“This February, Trudeau’s attorney general testified that Trudeau and his staff pressured her to help SNC avoid criminal prosecution. And when she didn’t play ball Trudeau demoted her, replaced her with a man, and eventually kicked her out of the party, which perfectly captures why women are sceptical of male feminists,” he says.

Last month, Canada’s ethics commissioner announced Trudeau violated the Conflict of Interest Act by influencing Jody Wilson-Raybould in her decision on whether to intervene in a criminal prosecution involving SNC‑Lavalin.

He goes on to question Trudeau about  Quebec’s Bill 21, which bars workers in the public sector from wearing religious symbols — such as turbans or headscarves — in the workplace.

Trudeau says he “disagrees” with the bill and that a “government shouldn’t be telling anyone what they should or shouldn’t wear in a free society.”

“I have been very clear, you cannot legitimize discrimination against someone based on their religion.”

While Trudeau has become well-known for building his brand around inclusion and embracing diversity, he hasn’t been as outspoken about Bill 21.

Hasan had a few things to talk about with Justin Trudeau. https://t.co/3A1kPtQDy3 pic.twitter.com/VUL55GkB0D

The toughest questions come when Minhaj asks Trudeau about his stance on pipelines and the environment.

“You’ve stepped up as a leader on the world stage in the fight against climate change. How does the Trans Mountain Pipeline fit into that vision?”

Trudeau says the alternative “to a modern pipeline is oil by rail or by oil trucks because our society continues to need oil right now.”

“That’s why we’re putting all the profits from the Trans Mountain Pipeline expansion into the transition to cleaner energy.”

According to Trudeau, Canada won’t be producing “any more” oil than it already is and will only be used to increase transport “efficiency” but the comedian disagrees.

“First of all, tar sands oil production has been booming since 2006, and if new pipelines are built, that number is projected to go up another 46% by 2035,” says Minhaj. More pipelines almost always mean more oil.” 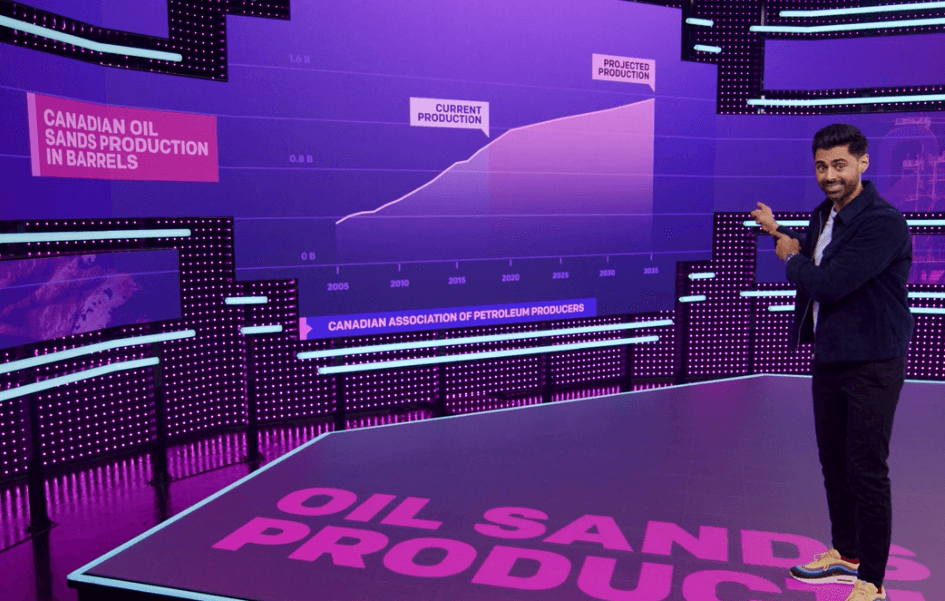 Minhaj tells Trudeau that his stance on pipelines having a positive long-term impact for clean energy sounds like him saying he’s “gonna lose weight by eating more Kit Kats.”

Trudeau also struggles to explain how pipeline policies fall in line with his 2015 promise to receive permission from Indigenous communities before giving a green light to pipeline expansions.

“When we’re talking about engaging with Indigenous peoples, it is important to engage responsibly and positively but at the same time, to know that there are always going to be a broad number of opinions and perspectives within that community,” says Trudeau. “We need to respond in a substantive way to their concerns, show that we’re listening, working with them in real partnership. That’s what reconciliation looks like.”

“I don’t think that is what reconciliation looks like,” Minhaj responds.

The episode ends with Minhaj reassuring his audience that “Canada is still a progressive country and a proving ground for whether progressive policies can work.”

He tells Trudeau that Canada is a lot like the fictional, futuristic country of Wakanda from the comic book-turned- film Black Panther.

“You guys are like Wacanada,” he jokes, later calling Trudeau the “White Panther.”

But like much of the interview, Trudeau responds awkwardly. 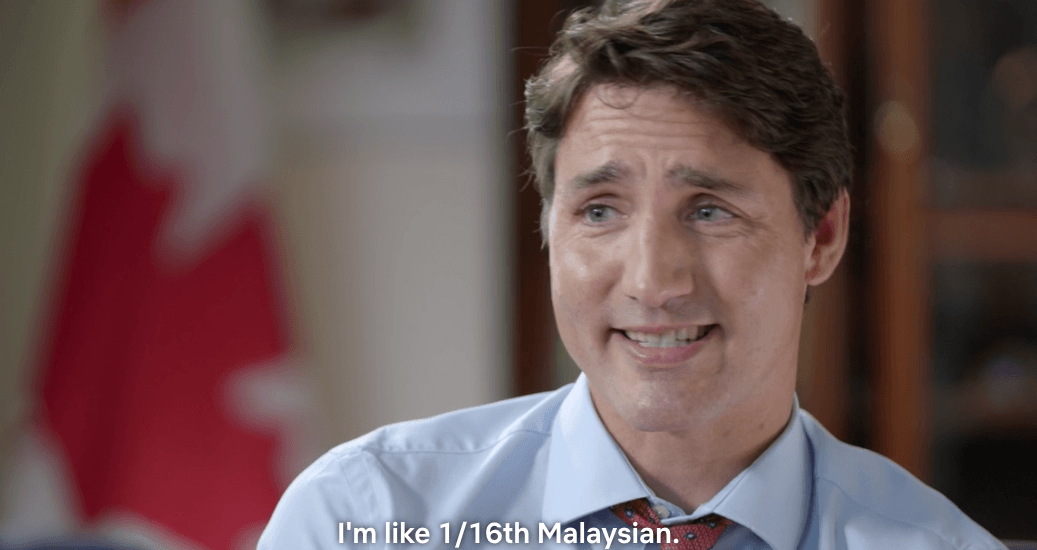 You can watch Minhaj’s full episode with Trudeau here: