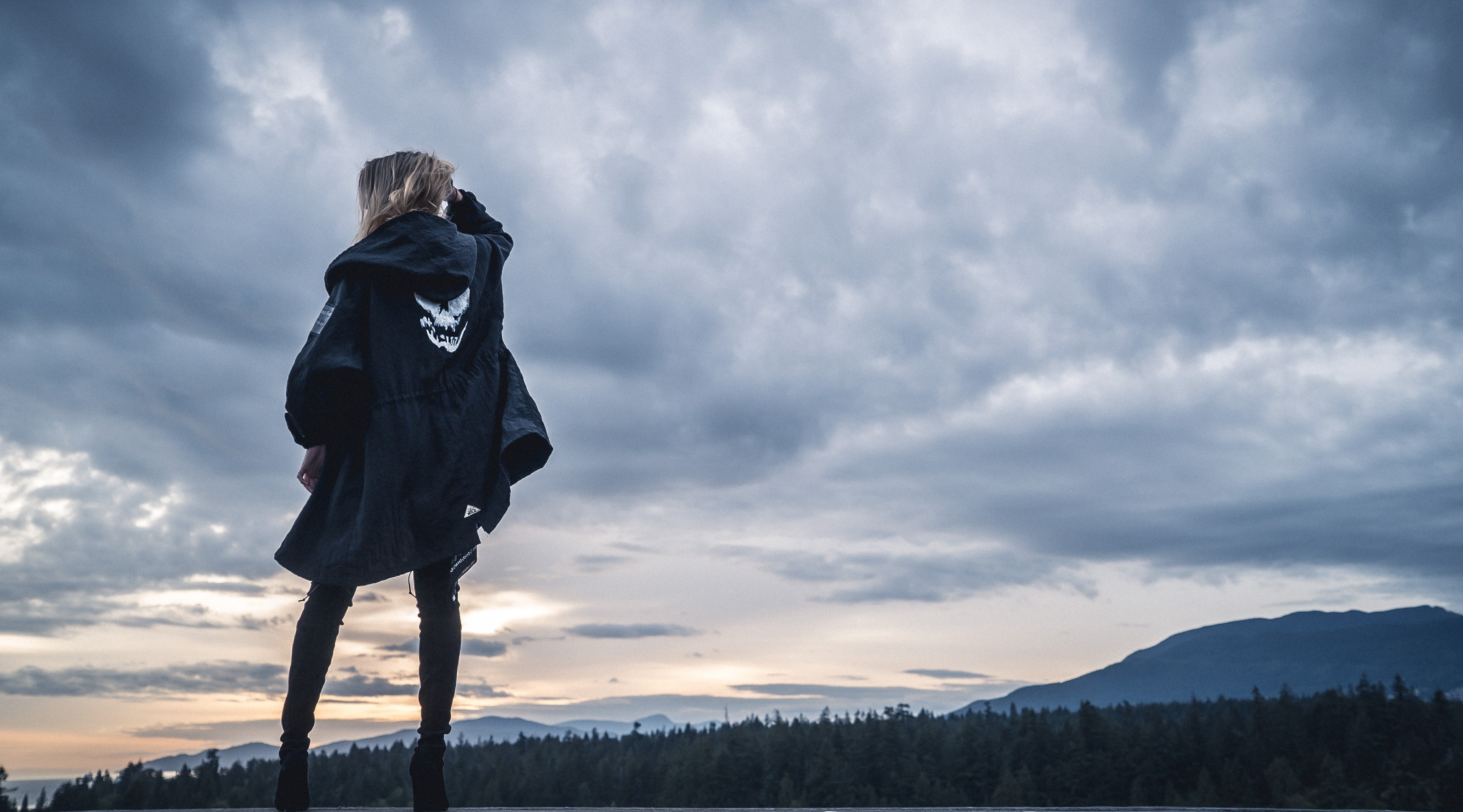 Sometimes the coolest dreams are built in unusual places.

In Aaron Riemersma’s case, it was his grandma’s garage. That’s where his original custom-made bombers came to life, each one clad with rare patchwork and abstract details. He was already receiving compliments after his first, and after that, there was no turning back. 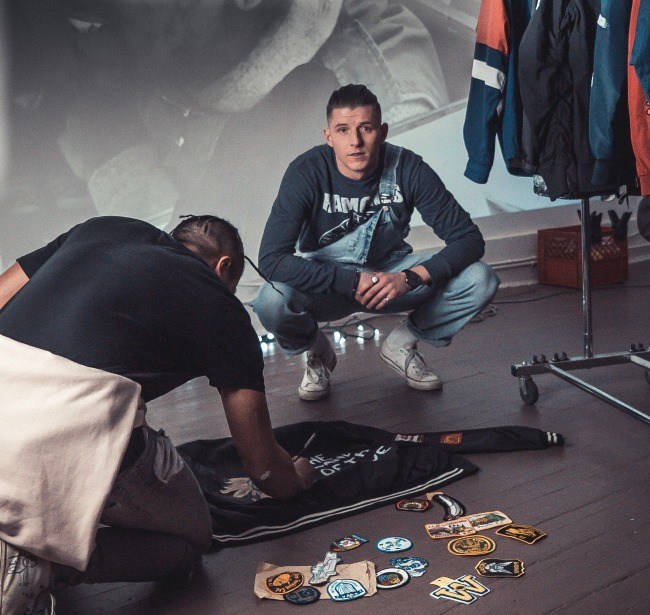 Riemersma coined his labour of love as Collar Kenny, a name inspired by Kendrick Lamar’s song called Collard Greens. Their upbeat lyrics had the ability to ceaselessly light his creative thoughts on fire. In fact, he couldn’t stop creating – he was crafting new jackets nonstop, even while he was on the road for work. You could find him in his dimly lit hotel room, hovering over each creation and stopping only to eat or sleep.

You can see his jackets on the Collar Kenny Instagram account but an extra woo factor is that they’ve graced the backs of notable individuals including New York Giants running back Paul Perkins, Lights bass player Brodie Tavares, Tennessee-based band Judah and the Lion, Russell Teibert of the MLS Vancouver Whitecaps, and many more.

Riemersma emphasizes the importance of not creating a trend or following any others. All the same, it’s each jacket’s authenticity that’s mesmerized Vancouverites since the very beginning. There is beauty in the fact that you’ll never find a duplicate of Riemersma’s jackets, and you most certainly won’t find them hanging in a store.

Daily Hive sat down with the notable designer to find out how one jacket changed his life, and where his new ones might take him in the future.

To get your jackets going, you worked in hotels – anywhere you could, stopping only to do the essentials, like eat. What was that like?

It was awesome to be honest, there was nothing I looked forward to more than getting to my hotel, pulling out my backpack full of supplies, laying the hotel towels on my bed and pulling out a jacket I had just bought that night at some random town’s Value Village. I would throw on my Kendrick Lamar and literally get lost in my art for hours on end. My job at the time had me traveling weekly and I would be driving for hours and literally all I could think about was designing a jacket. Thankfully my girlfriend at the time was extremely supportive and would bring me back down to reality or I would get lost in it daily.

Tell us about your progression – starting from working in your grandma’s garage to where you are now? 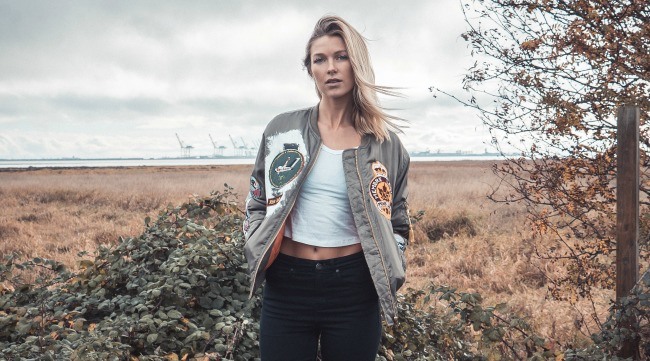 Every project and day has been a progression on this project. I’ve had to understand my identity, my feel, and more so my style of work. I went through a phase where I was fake to myself, I was almost just throwing pieces together in hopes that it would grab the attention of others. From that I almost went into some form of a writer’s block that a songwriter would go through. My thoughts, my mind, my creativity was not rolling. What started in my grandma’s garage was more so a curiosity into a side of art I had no attachment to before and now it’s progressed into controlling those thoughts and ideas and compiling that into making the most unique and kick ass bombers. I had to understand myself first in order to progress.

You work closely with some pretty cool people who help you pull each jacket together. Tell us about them.

Collar Kenny is a solo operation. I am Collar Kenny but in recent months I’ve brought on a talented artist named Noah – I refer to him as Junior – who’s been throwing some killer painted pieces onto the backs of the jackets. It’s one thing to make a jacket but another to broadcast it to the people who can visually see it and with that I have many thanks to my photographer Nick Thiessen. I am no seamstress and my mom helps me with a lot of my patch work, bless her heart. I also get help from an amazing Thai woman in Abbotsford who runs a shoe shine business with her husband who helps with seamwork as well. I refer to her as momma, so I have my mothers to thank.

How do you want people to feel when they try on your jackets? 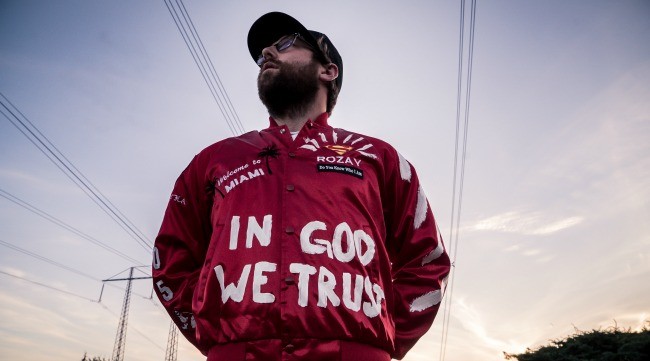 I want people to say, “You captured who I am.” Each piece is unique to one person and that person only. With that, I want that person to feel somewhat captivated and proud when they wear it. Everyone has a statement piece in their wardrobe, that one piece they wear out and people recognize what they’re wearing – ideally that is what I want Collar Kenny to become.

Tell us where you get patches and other cool materials from.

I have become a “thrift store regular” – there’s nothing I love more than going into second hand stores, antiques shops and browsing, or finding something and saying “How can I work that into a jacket?” I was introduced to Eco Fashion Week by a friend and since then I have done my best to at least stand for something while I design. I would rather use something that would generally find its way to a landfill and use it as a symbolic piece on my jacket. If I’m not using a jacket designed by a brand or company I usually always find the best statement piece and unbelievable bombers at second hand shops.

Why did you decide to do what you do? 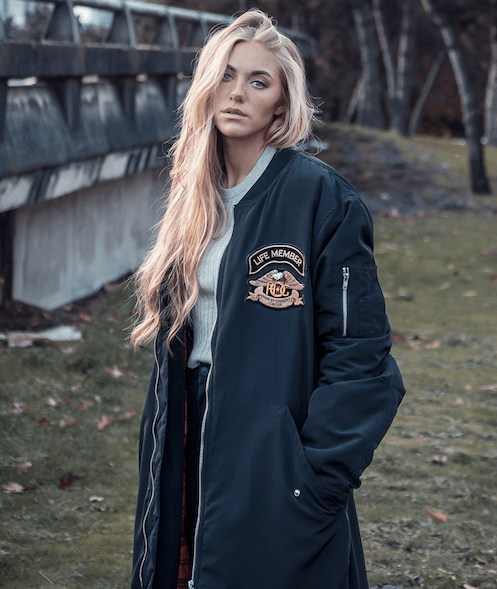 That’s a good question, I think I for one decided to do what I’m doing because I was intrigued and interested in it. But more so I also saw it as an amazing challenge. It’s easy to not see things through in life and that was something and is still something that keeps me inspired and driven about my business today – I want to continue to see it grow and to allow it to continuously remind me to keep it going. And secondly it’s my attachment to art, my door to my creative side in life. It’s relaxing, it’s refreshing, it’s me being expressed to my followers and customers.

For more information on Collar Kenny jackets, email [email protected] and check them out on Instagram. The video located at the top of this article is by Timelapse Media House.