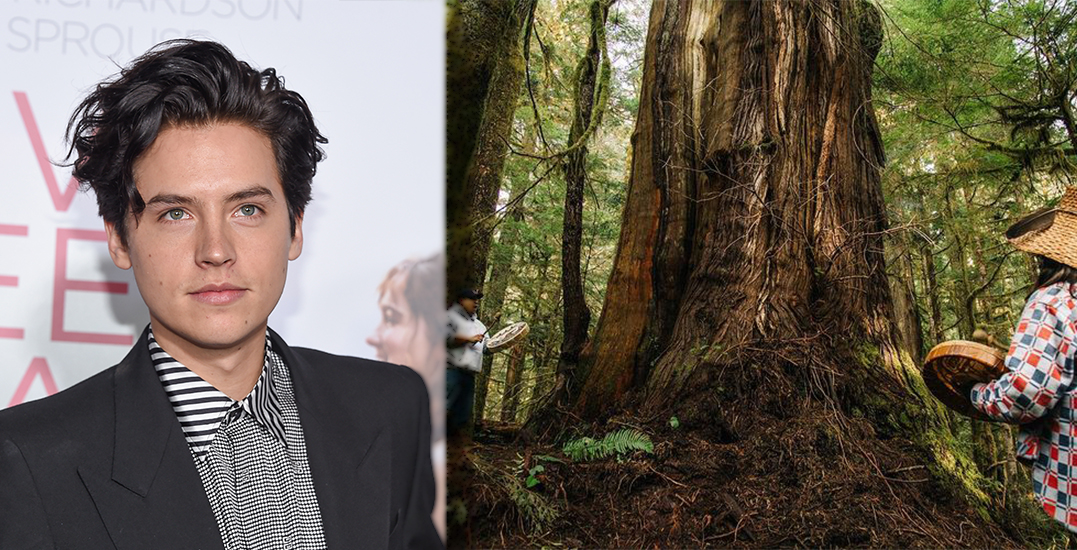 From Canada geese to expensive real estate, Cole Sprouse is truly experiencing living in Vancouver to the fullest.

Most recently, however, the Riverdale actor quietly ventured to Fairy Creek on Vancouver Island, where an old-growth forest is at risk of being logged.

The Rainforest Flying Squad, a volunteer-based conservation group, has been blockading and preventing forestry company Teal Cedar from logging part of the forest for more than six months.

Sprouse captured photos of the blockade, the forests, and some of the protesters in a story for i-D.

He adds that “to complicate matters even further, this grand watershed sits upon Pacheedaht land, a First Nations group with a history of colonist erasure.”

Conservation groups have set up a blockade for over six months now. Last week, however, BC Supreme Court issued an injunction order for Teal Cedar against the blockades.

“Now, with the court clearing of a legal injunction in Teal Jones’ favour that will cement the fate of the trees, activists mentally and physically prepare to stop the loggers,” Sprouse says.