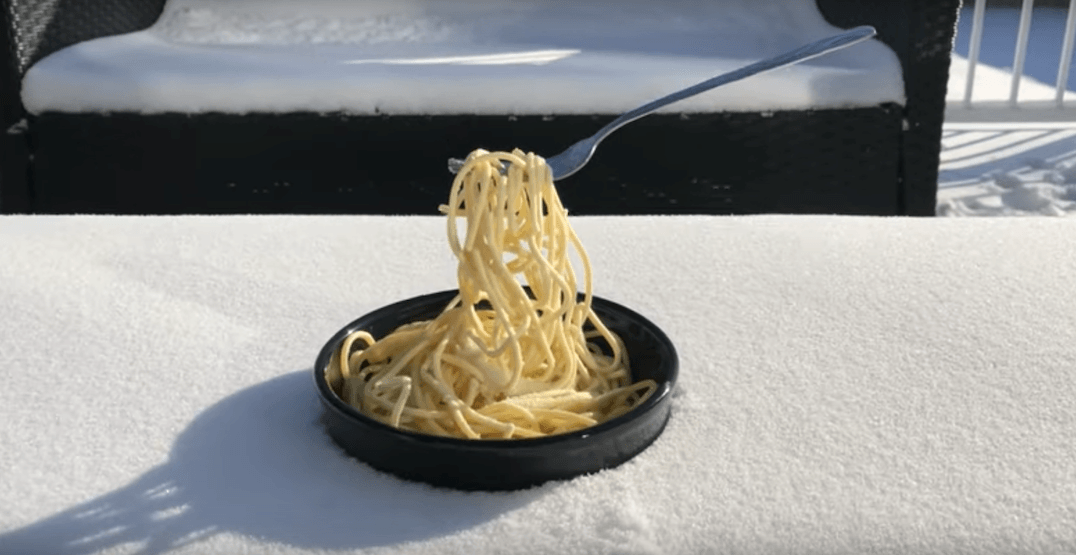 A steaming bowl of noodles is usually supposed to warm the belly during the cold winter months, but one man found out that even the most comforting of foods will lose their warmth when taken outside during a cold Albertan winter.

Calgarian Jonathan Scholes decided to show just how cold his city had gotten this past month by leaving a hot bowl of noodles outside and filming the results.

It took just 10 to 15 minutes for the noodles to freeze in place, comically suspending his fork in midair.

Scholes uploaded the video to YouTube on February 10, during a month that broke records for being one of the snowiest and consistently coldest in Calgary’s history.

March has proven to be just as noodle-freezingly chilly for Alberta as well (so far at least), as last Friday saw an Environment Canada extreme cold warning in place for the entire province.

Luckily, the seven-day weather forecast shows some above freezing temperatures for Calgary, meaning that there’s a sliiiiiiight chance that Scholes’ noodles will (eventually) thaw out.