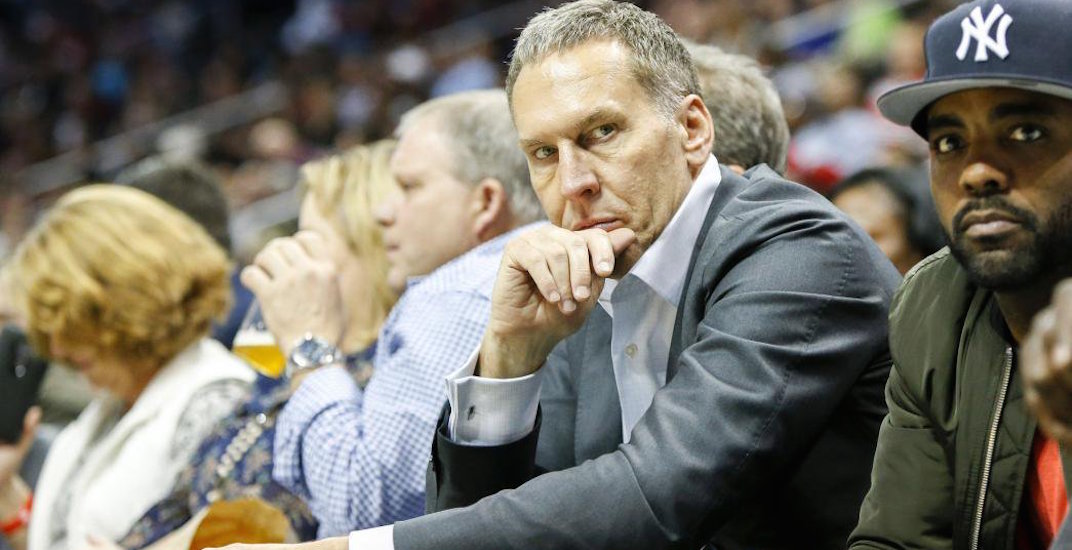 With a two-day break before the start of the NBA Finals, you’d think all anyone in basketball would be talking about right now is the rematch between the Golden State Warriors and Cleveland Cavaliers.

There are even tweets defending the size of Colangelo’s collars.

In what has to be an embarrassing experience for the longtime NBA executive, The Ringer provided strong evidence that Colangelo has been spending a significant amount of time online as an internet troll.

Five accounts are thought to be Colangelo’s, including:

Reporter Ben Detrick emailed the 76ers about two of the accounts in question, not telling the team about the other three to see if it would trigger any changes.

The other three accounts were changed from public to private within hours of the call, including one that hadn’t been active in months.

The 76ers later confirmed that one of the accounts, @Phila1234567, belonged to Colangelo.

The fact that Colangelo had a secret Twitter account isn’t news. Many executives in his position do, as it’s a great way to keep track of news without receiving all the garbage that comes with a public social media profile.

What is newsworthy is the number of accounts (seriously, who has time to manage five accounts?) and what was written with them.

While Colangelo is denying the allegations and there isn’t definitive proof that he did it, many people will have a tough time believing him after reading The Ringer’s story.

Maybe there’s an IT person who can prove it wasn’t Bryan Colangelo, but here’s one of his biggest problems in disputing Ringer story: Those tweets reflected not only private team biz, but launched personal beefs/jealousies/frustrations that he’s shared inside and outside 76ers.

This story has a Canadian angle to it, as Colangelo is a former general manager of the Toronto Raptors, holding the position for seven years, from 2006 to 2013.

The accounts in question had some harsh criticism for Masai Ujiri, who took over from Colangelo as general manager in 2013.

“Nothing seems to fall on Ujiri’s shoulders. Why?,” said one account in February 2017, responding to an article posted after a Raptors loss. 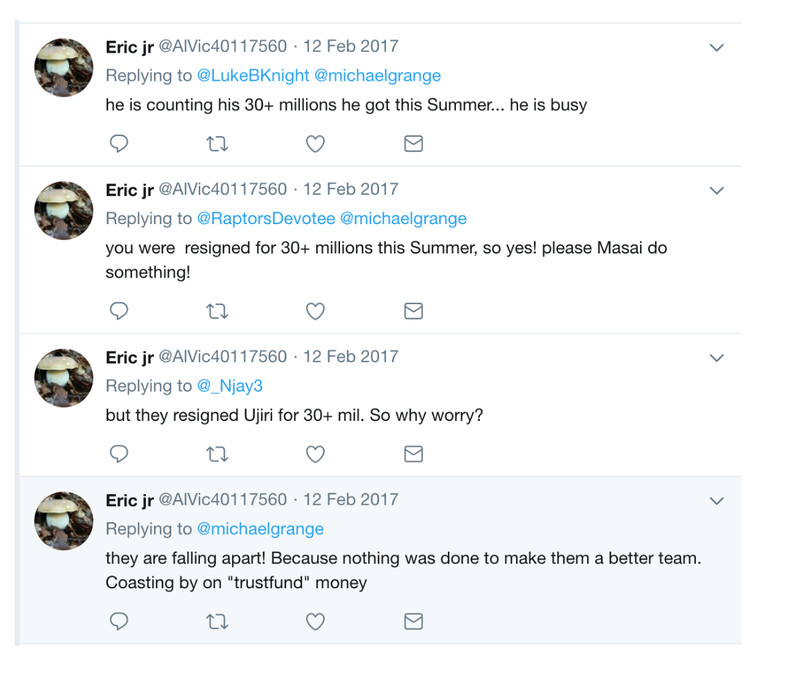 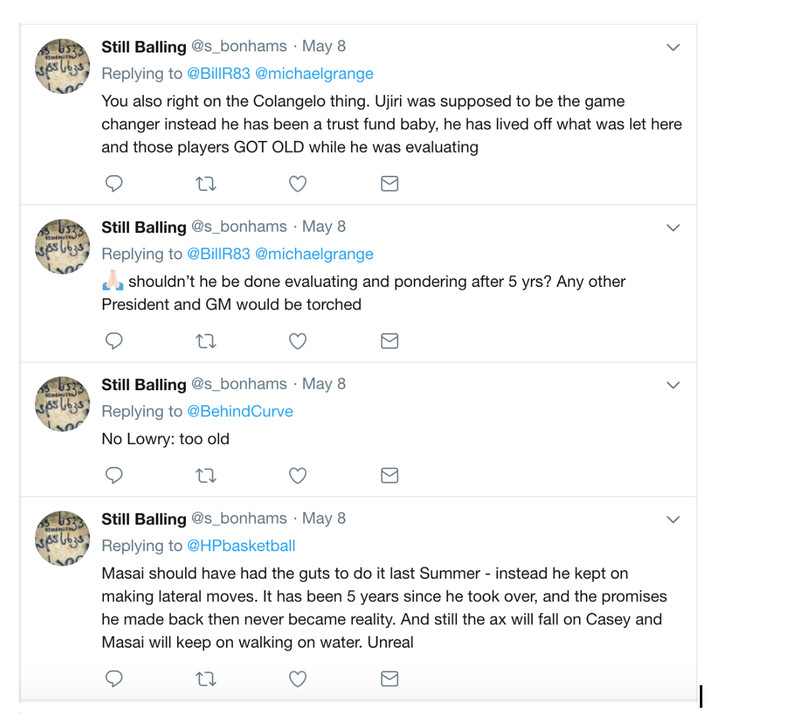 Another tweet suggested the Raptors were a good team because of the players that Colangelo originally brought in, like Kyle Lowry and DeMar DeRozan. “They are falling apart! Because nothing was done to make them a better team,” the account wrote. “Coasting by on ‘trustfund’ money.”

When Ujiri was signed to a long-term contract extension, the account wrote: “you were re-signed for 30+ millions this summer, so yes! Please Masai do something!”

76ers president Bryan Colangelo has been actively reaching out to individuals mentioned in those burner accounts, insisting that he isn't responsible for those tweets, league sources tell ESPN. Sixers probe is underway in aftermath of The Ringer story.

While the tweets about Ujiri and the Raptors are embarrassing, Colangelo has bigger worries right now. His team is currently undergoing an investigation, and he has pissed off a number of people in his own organization – which potentially includes star player Joel Embiid.

Embiid was mentioned numerous times by the secret accounts, and the tweets were not flattering to the All-Star 7-foot centre.

Sixers All-Star center Joel Embiid tells ESPN on Bryan Colangelo: “I talked to him and he said that he didn’t say that. He called me just to deny the story. Gotta believe him until proven otherwise. If true though, that would be really bad.”