If you are jonesing for your first jolt of java for the day, “slow” is probably the last term you’d want to hear in describing your coffee. But Vancouver is home to a surging “slow coffee” movement, where city-based micro roasters are prepping beans in small batches for brewing up at home and at several popular area cafés.

Although Vancouver isn’t about to take over as the bean town in North America, the popularity of more thoughtful sourcing, roasting, and brewing is undeniable and growing here. Within the micro-roasting industry there are several approaches to business, including those who serve what they roast in their own flagship namesake cafés, or those who merely make the goods that are then distributed to select restaurants and coffee houses locally. Here is our guide to coffee roasters based in Vancouver.

A Guide to Coffee Roasters in Vancouver

Strathcona’s A.G.R.O. Roasters has been in business since 2006, serving up beans and brew reflecting their Crop2Cup approach. You can taste their roasts at their two cafés—one at their roasting site and the other on Granville Island. 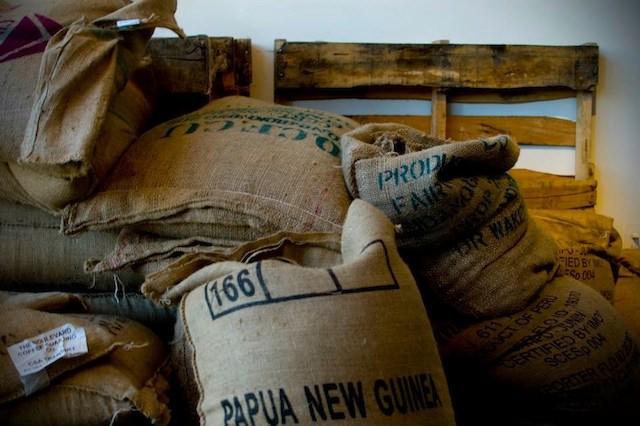 Photo via The Boulevard Coffee Roasting Co. on Facebook

The Boulevard is situated at the entrance to UBC, so right away you know the clientele is students. In fact, it was a PhD student who started the business. The space serves as not only a study zone, but also an art gallery.

Named for the popular East Van neighbourhood, Commercial Drive Coffee Company is a roaster without a store front. You can find their bagged and distributed coffees with neighbourhood-y names all over the Lower Mainland, including at spots like London Drugs as well as in a handful of markets and delis on the Drive proper. 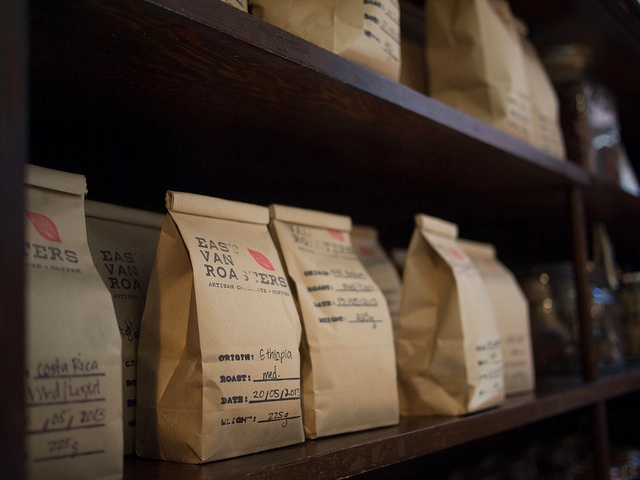 What came first, the coffee or the donut? Well, for 49th Parallel it was the coffee, which then led to their popular off-shoot project, Lucky’s Doughnuts. You’ll find both in the same award-winning Main Street location (and at their Kits location), and can pick up their high-quality roasts at cafés around town.

Founded in 2009, Granville Island Coffee is dominant in the Vancouver-area supermarket shelf and café scene. Their first dedicated café started brewing inside the Loblaws City Market at Lonsdale and 17th in North Vancouver in the summer of 2013.

For four generations the Neate family has been roasting coffee in Vancouver, and they’ve had JJ Bean coffee houses open for nearly 20 years now. Their motto, “the best taste wins,” guides their small-batch roasting, which they do five times weekly, and mark the roast date on each bag. There are 15 JJ Bean locations. 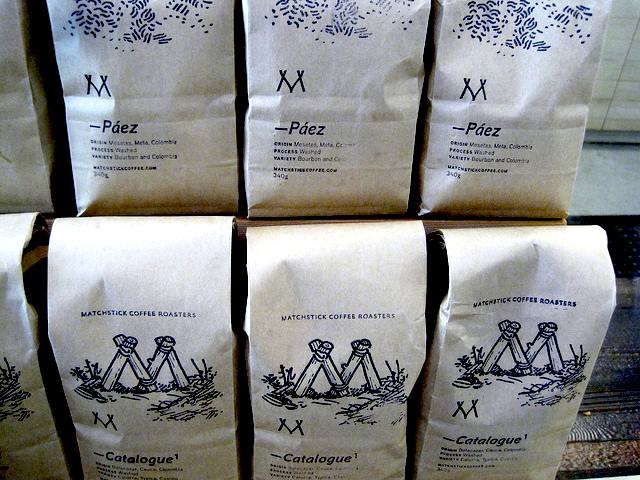 It’s a one-cup-at-a-time thing for Matchstick, who believe in elevating the simple cup of coffee to its highest calibre, and in setting roots in the community. They have two cafés: their original E 15 Ave Mount Pleasant location, and their newest on E Georgia in Chinatown; their vegan treats are worth checking out, too!

Milano Coffee in Vancouver goes back 30 years, and its founding father even once served as a consultant to a little coffee business you might have heard of, Starbucks. Master Roaster Brian Turko says he roasts for coffee lovers, and the proof is in the longstanding popularity of their brews and four area cafés.

To check out a venerable Vancouver coffee roaster in action head to Granville Island, where Origins Organic Coffee has their doors open to the public. This wholesaler has over 20 years in the biz, and a robust set of roasts available at various locations in Vancouver and elsewhere in BC.

Pallet is about the become the newest kid on the block in Vancouver’s micro-roasting scene. They are currently completing work on their Eastside roasting and production digs, and prepping their first coffee lists. You can follow their progress on Twitter. 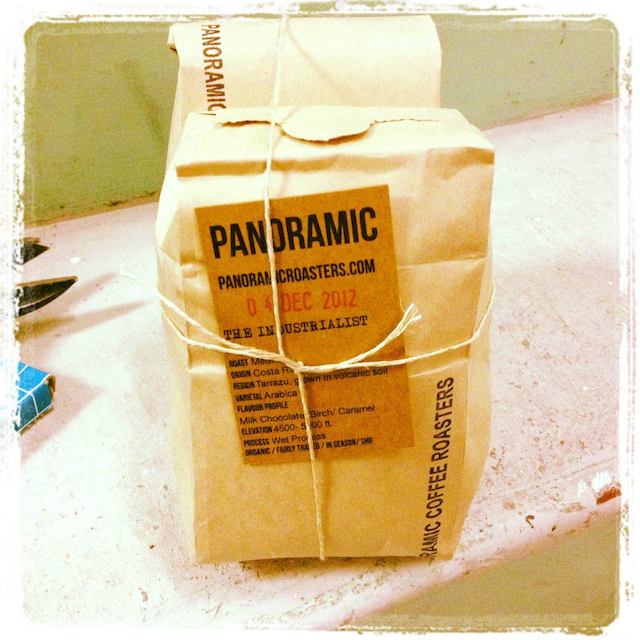 Pie and coffee are pretty terrific playmates, which is what makes the pairing of The Pie Shoppe and the small-batch roasts of Panoramic Coffee so delightful. Founded by two coffee-enthusiast sisters, all of Panoramic’s coffees are “specialty, organic and roasted with love.” Awww!

Paradise roasts a small set of beans named for iconic Vancouver locations, such as The Seawall and Lion’s Gate Bridge, and provides not only the coffees but also barista training and equipment maintenance to cafés who serve their products.

Peep the roasters on the job at Rocanini’s Mount Pleasant location where you can sip a pour over of their coffees. No food is served here at the Roastery; you’ll have to head to Steveston Village in Richmond to enjoy their full café. 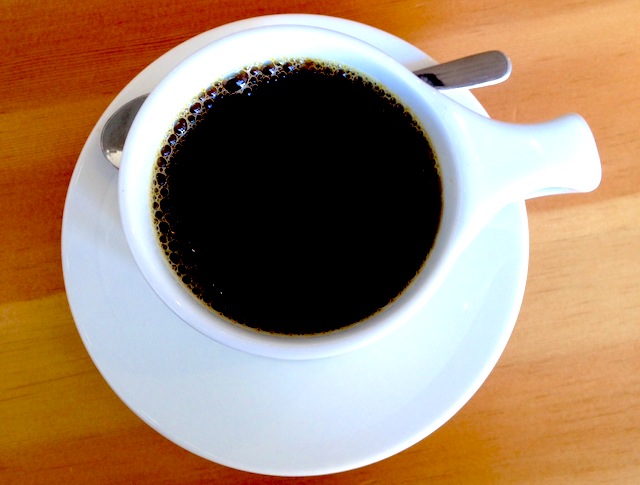 In Timbertrain’s new Gastown café you can belly up to the slow bar for a cup of drip coffee made from their revolving selection of roasts. Here coffee roasting and brewing is all about the basics, and the science of a perfect cup of coffee.

At Trees’ five Vancouver and Richmond locations you’ll find beans from around the world that were hand-selected by owner Doron Levy, and all are 100 percent organic. Trees started up in 1996, and has become cherished for something besides coffee that’s pretty sweet: their cheesecakes.

“Life happens over coffee,” is the philosophy that has driven WE Coffee since its inception in 2010. In 2013, WE Coffee owner William Chu told us about his training and WE’s roasting and brewing. Taste the labours of his coffee love at their Robson Street café.