Ever heard of coffee leaf tea? It’s an infusion made from coffee leaves, creates year-round jobs for coffee farming families and it has higher antioxidants than green tea and coffee.

It’s a completely innovative way to look at the plant and it’s disrupting the tea industry as well due to its higher antioxidant content than green tea.

Wize Monkey’s Kickstarter is now live for the next 30 days: https://www.kickstarter.com/projects/wizemonkey/639872346?token=8dca533d

In conjunction with the launch, they have released these new videos:
[youtube id=”rjlsehZmmO0″]

The brand responsible is Wize Monkey, based out of Vancouver, and their goal is to create year-round jobs for the industry and prevent the recurring famines and extreme poverty that is linked to coffee production. This is a socioeconomic solution to fix the volatility of the coffee industry, while creating value out of something the farmers already have that is entirely overlooked. Coffee beans can only be harvested 3 months a year, whereas the leaves can be harvested all year-round; therefore, creating sustainable, long-term revenue for coffee growing families.

In 2012, a French-British study analyzed coffee leaves and discovered a high concentration of antioxidants, especially mangiferin, a natural phenolic compound usually found in mangos, that belongs to the xanthonoids type, known for their gastroprotective and anti-diabetic effects. The study emphasized the concentration of mangiferin and its role in being an active “anti-inflammatory, antidiabetic, and showing neuroprotective properties,” based on previous work from Indian researchers in 2004.

It also revealed that the antioxidant content of arabica leaves is higher than in traditional black and green teas, due to the “high accumulation of phenolic compounds.” 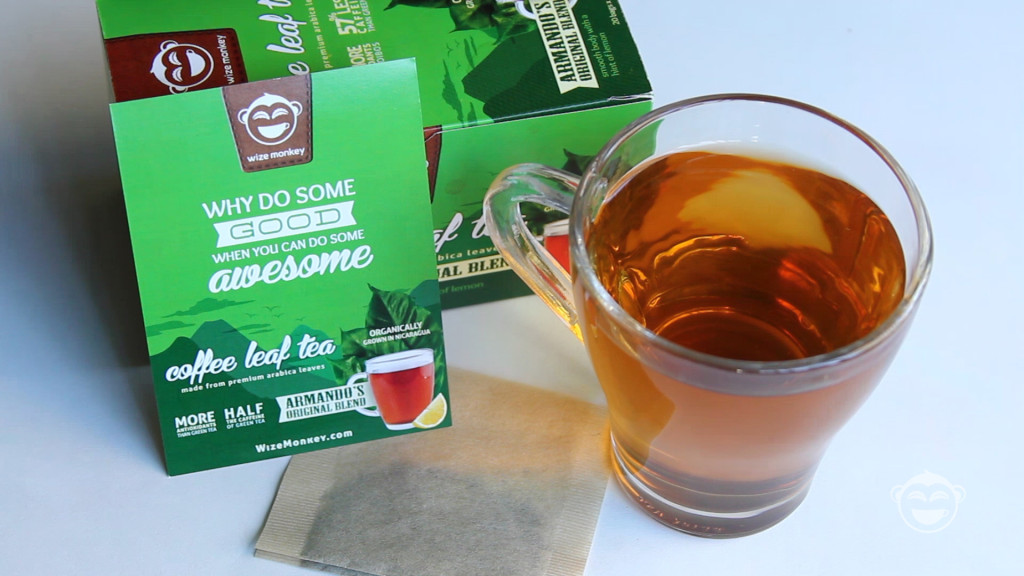 To continue their efforts, Wize Monkey is launching a Kickstarter campaign on November 7 to raise $40,000 to create their first full production run. In celebration, they are hosting a tea tasting and photo gallery launch event at Kafka’s Coffee & Tea in Vancouver on Friday, November 7 from 8 to 10 p.m.