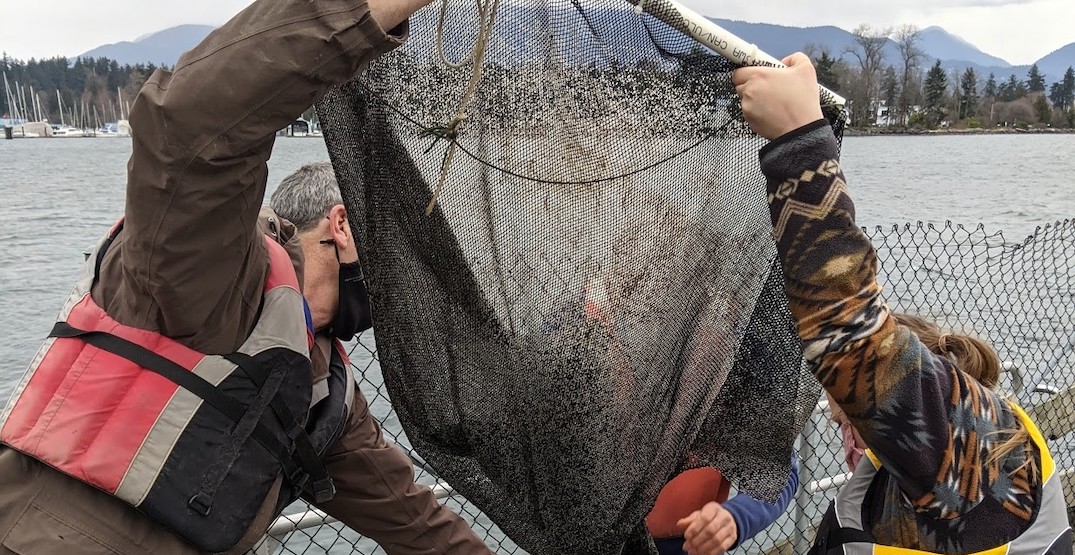 A volunteer-based group has found success with re-establishing herring populations in False Creek, and they are now attempting to replicate that result in Coal Harbour.

Six nets with herring eggs were recently moved by the Squamish Streamkeepers Society from False Creek to the Harbour Green Park boat dock on the north side of the downtown peninsula.

This is an experiment as there are some conditions allowing for the possibility of a re-establishment of the population, specifically the presence of several types of kelp in Coal Harbour on which herring like to spawn.

However, the results of this experiment will not be known until 2024 as it takes herring three years to mature.

The volunteer-based group has been placing herring nets at the Fisherman’s Wharf, just west of Granville Island, every year since 2012. Net panels at this False Creek site have reached a 100% hatch out rate, and there are currently 160 net panels at the wharf during the spawning season. There is a need to increase this every year as more fish have returned than expected. 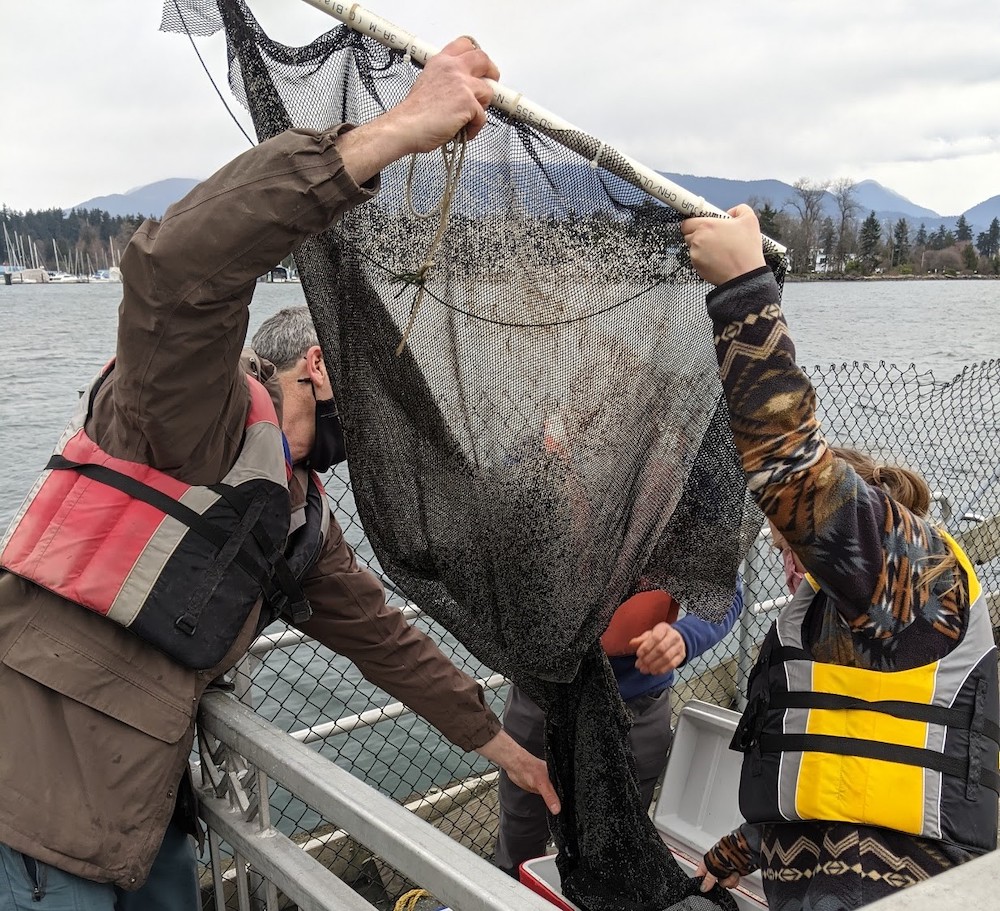 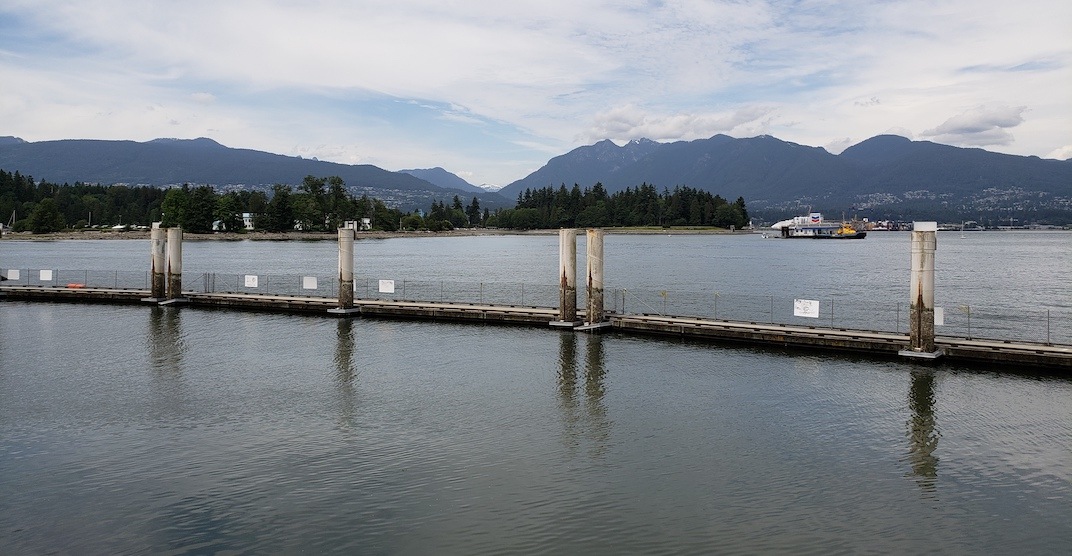 This experiment in Coal Harbour also means the Harbour Green Park dock will remain in place at its location for the foreseeable future. The dock has been closed to the public since early 2018 due to the use of larger vessels and structural deficiencies that make it more prone to the wakes of heavy harbour traffic, and in Spring 2019 the Park Board commissioners directed the removal and off-site storage of the structure, but this never went ahead.

It was built in 2003 as a community amenity contribution by an area developer, but it has been a persistent maintenance problem for the Park Board. 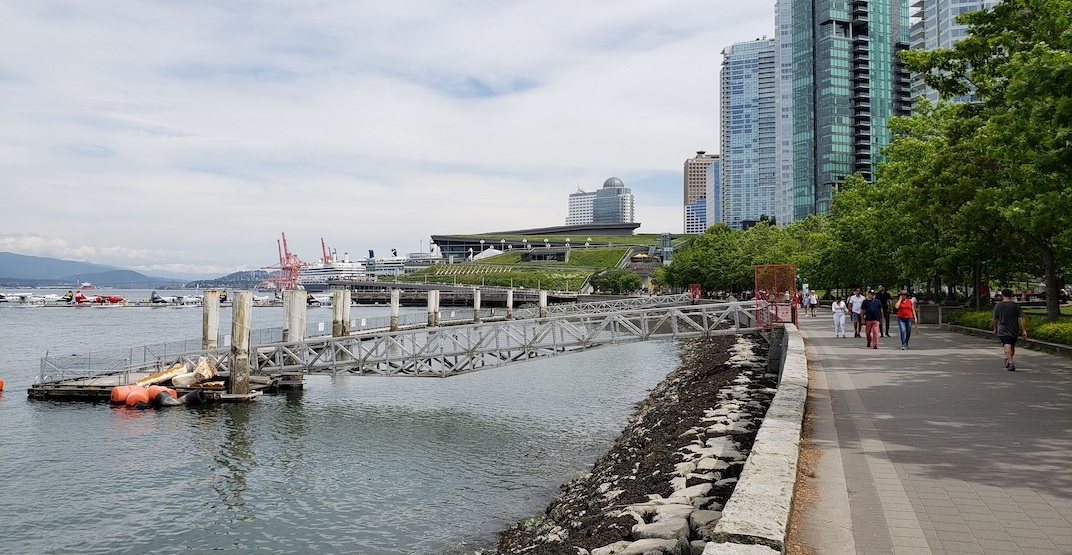 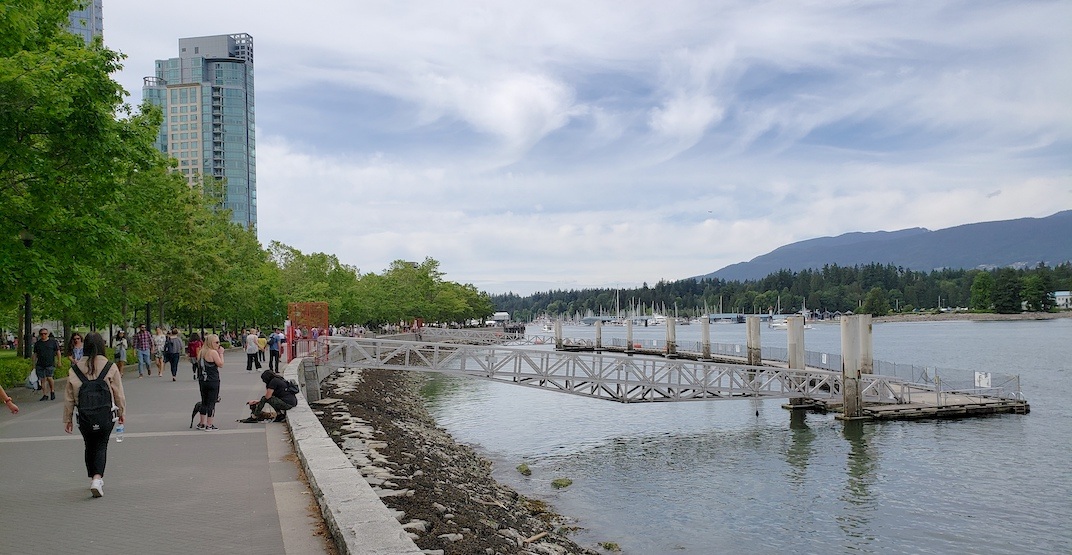 Another repair was previously estimated to cost between $350,000 and $550,000, however, the dock is likely to be damaged in the future if there are no regulations on the use by larger vessels. A full rebuild of the dock to withstand wakes and accommodate larger vessels could cost over $2 million.