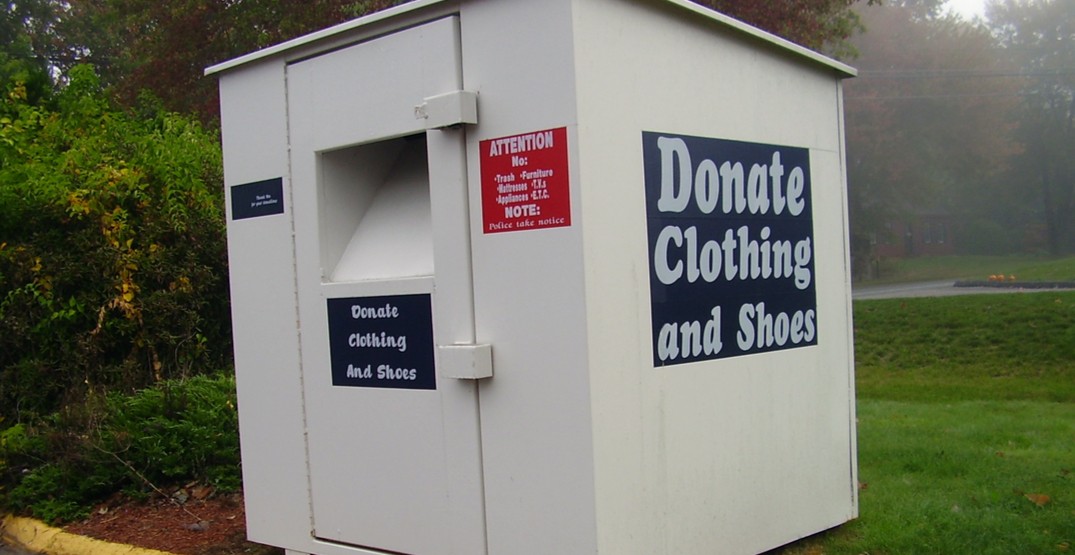 The City of Vancouver has announced clothing donation bins will be returning but with a certain set of conditions in place.

Earlier this year, Vancouver and the District of West Vancouver banned clothing donation bins after deaths that resulted from people getting stuck inside.

Following the removal of the bins, Big Brothers of Greater Vancouver (BBGV) said it anticipated losing “$500,000 annually, a significant amount and critical funding used to support the mentorship program.”

To ensure the reinstallment of the bins don’t pose safety risks, the city says the operator must have a business licence and written certification from a BC-accredited professional engineer confirming the construction, design, and operation of the donation bins are safe.

Operators will also be responsible for ensuring a “tidy premises and safe operations” of their donation bins by regularly scheduling maintenance and servicing.