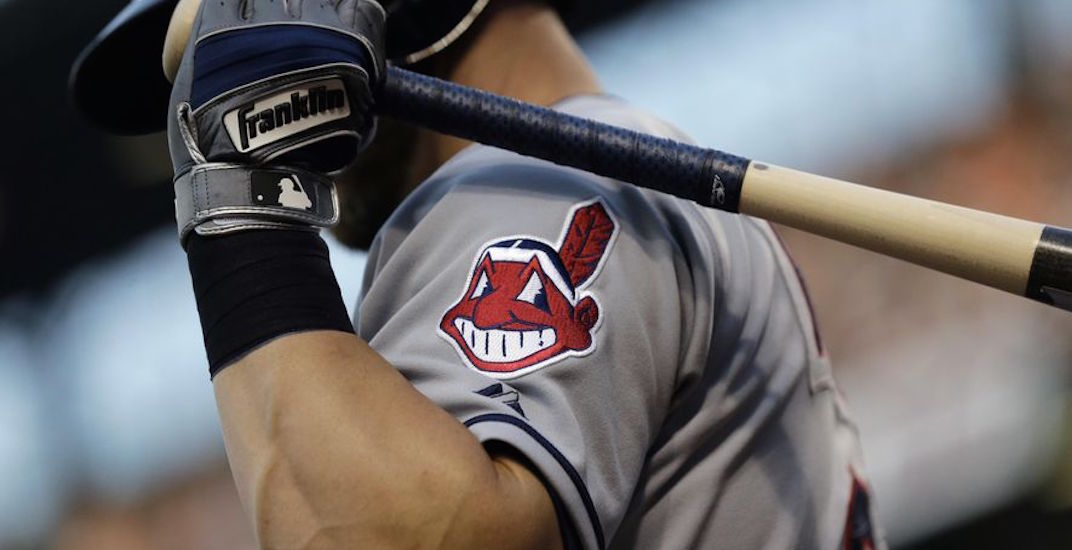 The Cleveland Indians got a much-needed makeover for their trip to Canada this week.

Surprising fans, Cleveland took to the field for the first game of their four-game series against the Toronto Blue Jays on Thursday without any presence of the ‘Chief Wahoo’ logo on their jerseys.

Wearing their road grey uniform, which displays a block-C logo on the cap and “Cleveland” across the chest of the jersey, their longtime and controversial logo was gone from its usual spot the sleeve.

This is the 3rd game this season in which Francisco Lindor has 4 hits and 2 HR. No @Indians player has had that many in a season over the last 110 seasons.

Lindor is the 10th player in MLB since 1969 to have 3 such games in a season. pic.twitter.com/5SDBoPaKWh

Seen as a racist logo by many, there have been calls for the Indians to remove it for several years.

Cleveland’s name and logo came under extra scrutiny during the team’s run to the 2016 World Series, which included an ALCS matchup against the Blue Jays. Canadian indigenous activist Douglas Cardinal tried to bar them from the field entirely on the grounds that the logo was discriminatory under the Ontario Human Rights Code.

Cleveland’s getting a head start on next season, as they agreed to remove Chief Wahoo entirely earlier this year, beginning in 2019.

“Major League Baseball is committed to building a culture of diversity and inclusion throughout the game,” MLB commissioner Rob Manfred said in January. “Over the past year, we encouraged dialogue with the Indians organization about the Club’s use of the Chief Wahoo logo. During our constructive conversations, Paul Dolan made clear that there are fans who have a longstanding attachment to the logo and its place in the history of the team.

“Nonetheless, the club ultimately agreed with my position that the logo is no longer appropriate for on-field use in Major League Baseball, and I appreciate Mr. Dolan’s acknowledgement that removing it from the on-field uniform by the start of the 2019 season is the right course.”