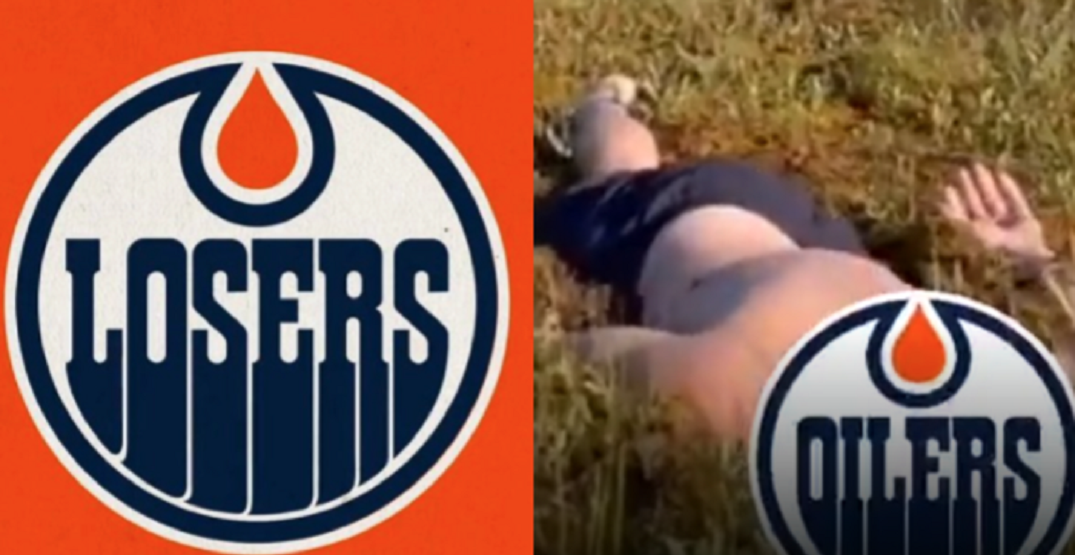 Two Canadian media outlets aren’t making any friends in Edmonton after their tweets about the Oilers getting eliminated from the playoffs.

The Oilers, which were swept out of the playoffs in four games in the Western Conference Final, were targeted by both Twitter accounts of TheScore and Sportsnet in posts after last night’s Game 4 loss.

In since-deleted tweets, TheScore and Sportsnet poked fun at the Oilers in creative but cruel ways.

TheScore’s tweet saw the Oilers logo erased by an Avalanche-coloured hockey glove, and replaced with the word “LOSERS”, captioned  “The Avalanche wipe out the Oilers after a great season”.

Sportsnet, meanwhile, showed a man falling face-first into a swamp after getting bonked on the head by an Avalanche logo, captioned “Turn the lights off, carry me home” after the Blink-182 lyric in the song All The Small Things.

Fans were quick to show their displeasure with the two media companies for the negative posts, which were eventually taken down sometime between last night and this morning.

This is my favourite part of Twitter.. when Eastern media shows how much HATRED/JEALOUSLY there is for the #Oilers. Whether it’s Mirtle & a few others throwing jabs throughout the season or stuff like this from @theScore and @Sportsnet Defintely worth a convo with them pic.twitter.com/NflExTtAtI

I dont get why the media hates on the Oilers so much?? @Sportsnet @theScore took down their disgusting posts after its already circulated. No other teams got this.#whatsyourbeef

The only losers are @theScore @Sportsnet deleted!

You messed up @Sportsnet when this is all I see.

I don't get the bias against the Oilers, but it's never been more clear and people outside of Edm thought we were making it up. Unfortunate for us they're the media that own broadcast rights to our favourite team#LetsGoOilers pic.twitter.com/JThLVdmJHp

This is the classless bullshit from @theScore they wouldn’t dare do anything like this to their beloved @MapleLeafs https://t.co/btPV2umxMO pic.twitter.com/Z9RjI94T3M

Looks like @Sportsnet AND @theScore deleted their tweets from last night. Really disappointing that it took hordes of people giving them hell for them to see how classless it was.
Very disappointing but both have lost a lot of supporters over that bullshit.

So the Canadian NHL media partner who’s parent company has the naming rights to the @EdmontonOilers arena, was actively cheering against the Oilers. This isn’t cool @Sportsnet and you need to realize this is an issue for many fans. pic.twitter.com/ymCxCctaKc

No doubts. They should be ashamed. It’s the last Canadian team and the respect or lack of it is gross.

We were the only Canadian team left in the playoffs, this is unacceptable for a Canadian sports channel 😡 #LetsGoOilers

Neither Sportsnet nor TheScore has issued an apology.