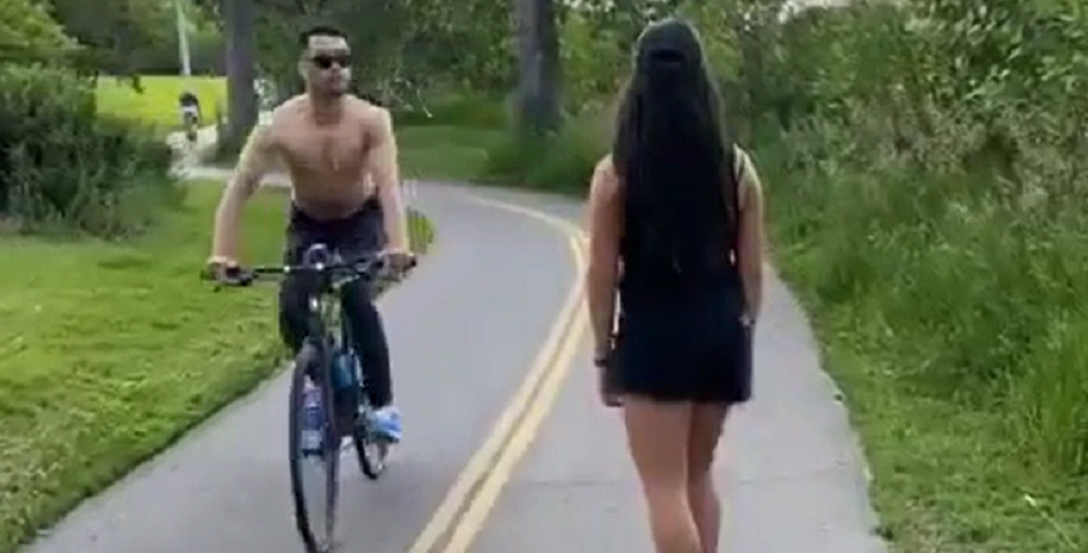 The Calgary Police Service has arrested and charged a man after a video surfaced of him spitting at a woman on a Calgary bike path.

The man in the video is seen spitting on Jessica Lau and calling her a “stupid chink” while biking past her on a Ramsay pathway on Saturday.

According to Lau’s Instagram post, the man also spat on a Caucasian couple that had been behind her and her boyfriend, Braeden Riehl.

A statement posted to Facebook from the Calgary Police Service states that 31-year-old Justin Williams was charged on Sunday with three counts of assault and one count of possession of a weapon dangerous to the public.

The statement also noted that, after being confronted by a witness about the incident on the bike path, Williams had threatened that witness with a weapon.

“The investigation is ongoing and additional charges are possible as the investigation continues. As is done with all files that could have a possible motivation of hate, bias, or prejudice, the CPS Hate Crimes Coordinator will review this investigation,” the statement reads.

The three initial charges are in relation to Saturday’s incident, but additional allegations are now being investigated, a CPS spokesperson stated to Daily Hive in an email.

Williams had been a past employee with the University of Calgary, who tweeted on Sunday that they “strongly condemn the actions in this video and join the community in extending our support to victims Jessica and her boyfriend.”

“Justin Williams has not been an employee of UCalgary since February and his past social media comments were reported to CPS by our staff.”

We strongly condemn the actions in this video and join the community in extending our support to victims Jessica and her boyfriend. Justin Williams has not been an employee of UCalgary since February and his past social media comments were reported to CPS by our staff.

In a follow-up video, Lau stated that she was glad to hear that the man had been identified and arrested.

“The biggest thing for me right now is just to make sure that he doesn’t have a chance to do this to anyone else. I didn’t take it personally; I know he’s ill inside and that he needs help, but I’ve had so many [direct messages] reaching out to me and to my boyfriend, who recorded it, that they’ve seen him do it before, have a friend who experienced that, or actually themselves have been spat on and called something mean,” she said.

“The fact that I do know that he’s going to pay for his actions just puts my mind at rest. I hope that it helps everyone else as well.”