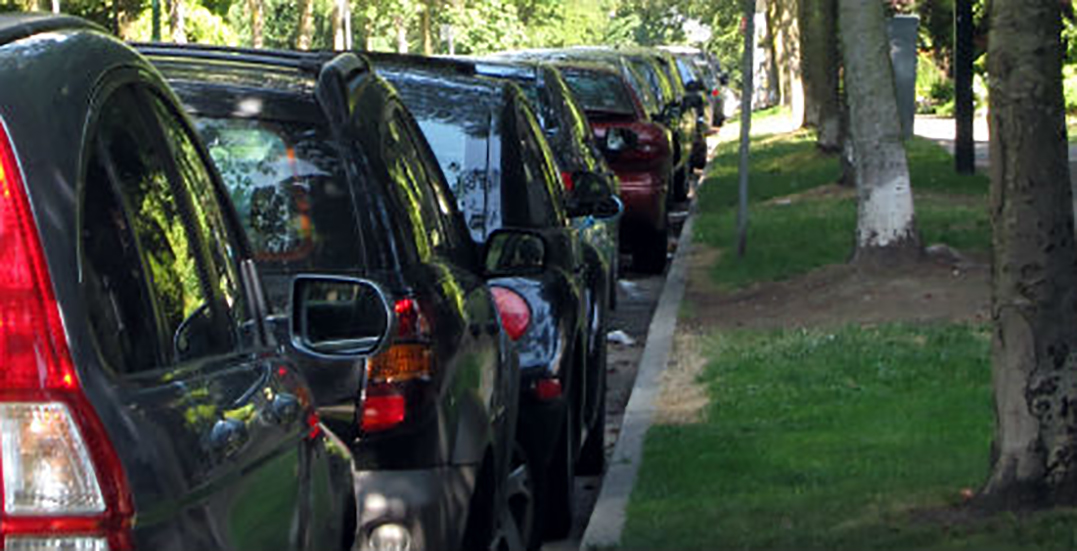 The City of Vancouver has decided that free parking will be coming to an end.

The decision was made on Tuesday night and voted on by the Mayor and city council members during a meeting.

After the money that comes from property taxes, as well as development and licensing fees, pay parking is the third-largest revenue source for the city. Based on financial scenarios presented by staff earlier this month, one-third of the city’s revenue loss comes from parking fees alone.

Of the City’s projected funding gap of $92mil in the early Covid response days, 1/3 of revenue loss or $29mil is from parking. We don’t need to forego $. We do need to do what we can to balance the budget. We need to restart full parking enforcement now. pic.twitter.com/10RaLyknvj

Councillor Sarah Kirby-Yung tells Daily Hive that she’s received “a lot of public comments” that are in favour of re-implementing paid parking so that the city doesn’t forego any further revenue.

“In terms of parking… we saw how important clear and consistent communication is,” she says in an interview.

She also argues that gradually re-implementing paid parking in areas such as beaches and parks, or permit parking-only zones, can be confusing and send mixed messages.

“I think that sends the wrong signal, it’s confusing to people; I think we really need to be clear and straightforward,” she adds. “I also think that when the City is crying poverty and asking for financial help, to forego any revenue streams that we have isn’t the responsible thing to do.”

City staff say that pay-parking will be re-introduced across the entire city throughout next week. They’ll also be looking for ways that they can continue to support frontline staff and healthcare workers.

Several councillors during Tuesday’s meeting, however, noted that people were taking advantage of the free parking. Many noticed vehicles “parking all day long” and “blocks being full.”

An exact date for the return of pay parking has yet to be confirmed but City staff are expected to make a full announcement in the coming days.