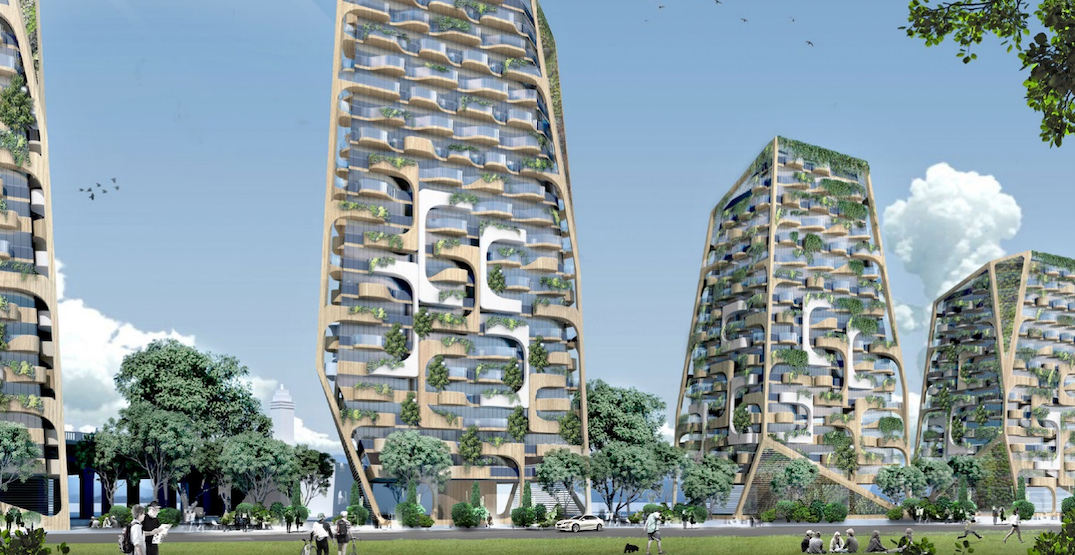 As Squamish First Nation’s Senakw development sits within the band’s Kitsilano reserve lands, the project does not need to go through the City of Vancouver’s lengthy application process.

But it still has the support of the municipal government.

In response to the First Nation’s referendum Tuesday that approved the project with a landslide result, earlier this afternoon the city publicly announced its support for the project and willingness to continue discussions with the First Nation on how city staff may be engaged and, if desired, how the city can best work as a government partner.

“I want to congratulate the Squamish Nation on this historic vote and taking another step forward towards building Sen̓áḵw,” said Vancouver mayor Kennedy Stewart in a statement.

“This project not only affords Vancouver an opportunity to practice meaningful reconciliation as we work in partnership with the Squamish Nation, it will also bring 6,000 new homes to the city — many of them rental — helping us tackle the city’s housing crisis.”

The city further states it already has a relationship with the First Nation, and would like to discuss what support it can provide to integrate the project with the existing surrounding community.

While the First Nation does not need to pursue the city’s approval, it still needs to negotiate with the municipal government for road and utility connections and city services.

More than a decade ago, in a memorandum, the city also supported the First Nation’s initial reserve development proposal. At the time, the development concept’s floor area was far smaller — just a small fraction of the latest iteration.

The First Nation has partnered with Westbank to execute the project, with the band providing the required land and the local developer securing all the necessary financing for the $3 billion construction cost. The project’s architect is Revery Architecture, the legacy firm of the late Bing Thom.

Some homes at below-market rates will be made available to the First Nation’s members. Some commercial space is also planned.

Over the lifespan of the project, the development could generate between $16 billion and $20 billion, with the First Nation and Westbank sharing the profits equally in accordance to their 50-50 agreement.

Now that the First Nation has formally approved the project, detailed design and planning work will begin, with an aim of starting construction in early 2021 for a full completion of all phases within five years.